British cities to get buses that suck in air pollution 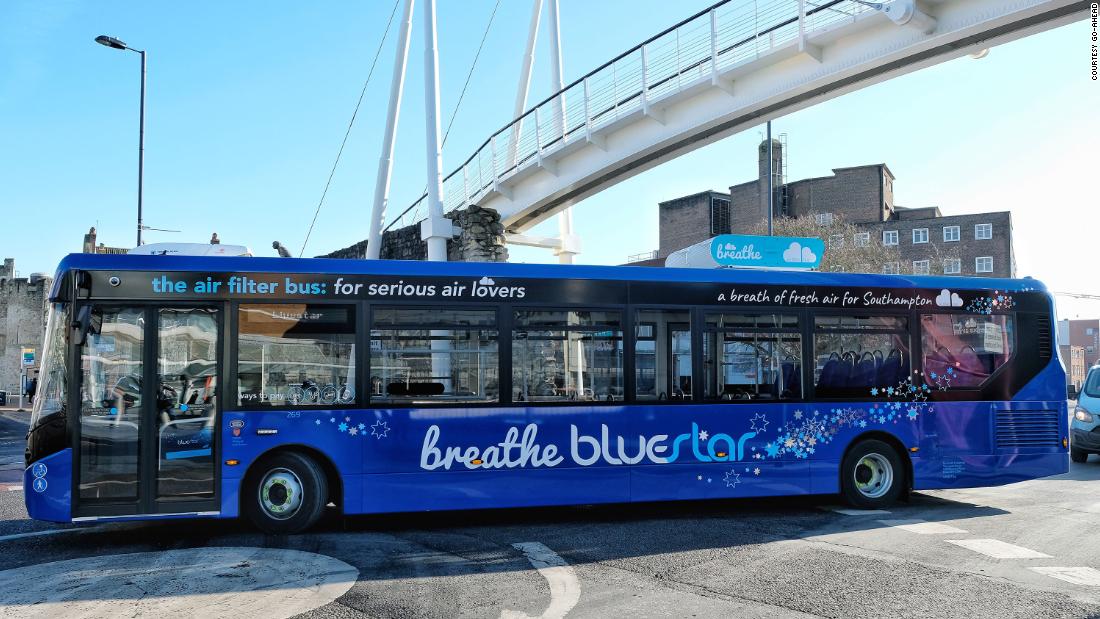 Go-Ahead Group, a British transport company with a fleet of 5,000 buses in total, has confirmed to CNN that it is launching 11 new buses in cities across England that clean the air as they go.

The buses will be equipped with a three-filter roof filter system that sucks dirt and ultra-fine harmful particles out of the sky.

He developed the filtration technology with Pall Aerospace, a company that also develops filtration systems for commercial and military aircraft.

The launch, which begins this summer, follows a successful test of a bus in Southampton, which was found to be able to “clean” 3.2 million cubic meters (113 million cubic feet) of city air in 100 days.

The microparticles sucked into the filters weighed the equivalent of a tennis ball, said Go-Ahead Group.

The buses themselves are diesel powered, a spokesman confirmed, although he said the engines were “Euro 6” compliant – a vehicle emissions standard that was defined as acceptable by the European Union.

“We want to do our part to tackle the urban air quality crisis and demonstrate that buses can be instrumental in cleaning up our cities,” said David Brown, Go-Ahead CEO, in a note to CNN.

While Go-Ahead is believed to be the first company in the UK to develop an air filter bus, it is not the first in the world.

Buses equipped with an air filter system on the roof were launched in Delhi in 2018, in a move designed to help tackle the city pollution problem.
The five buses were developed by the Manav Rachna Innovation and Incubation Center as part of a pilot project, with another 30 buses to be introduced in the future, according to India Ministry of the Environment, Forests and Climate Change.