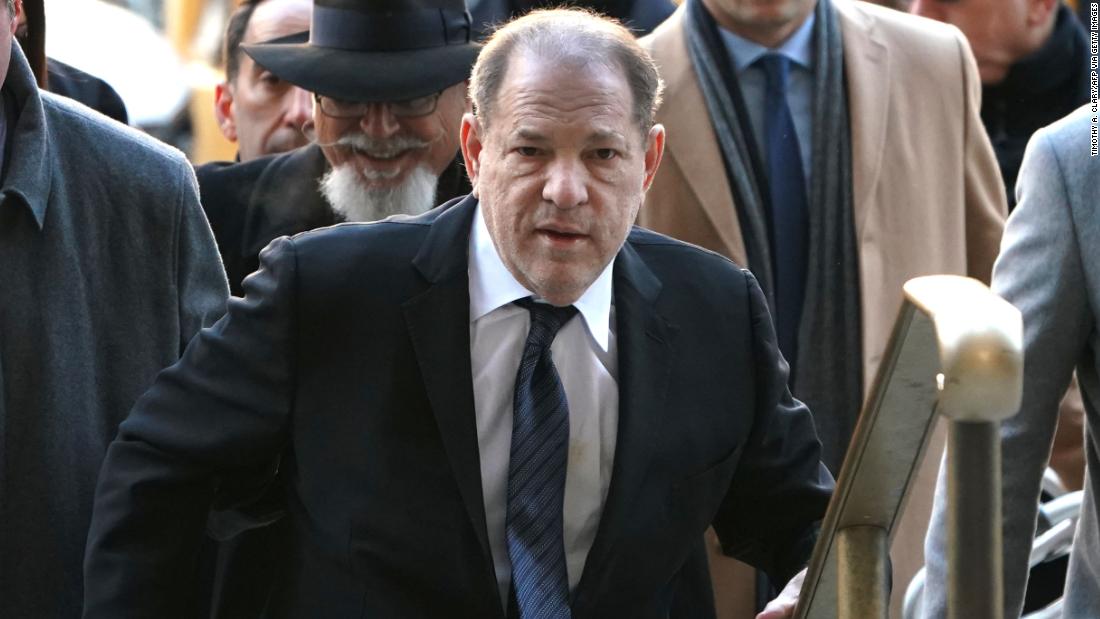 Jessica Mann came up on Friday in the Weinstein trial in New York. His testimony is connected to the most serious of the five charges against the Hollywood movie mogul.

Mann described the meeting with Weinstein in Los Angeles in 2012 or 2013, how he seemed interested in his acting career and how interactions went from discussions on the film industry to two alleged rapes.

Mann testified that every time he spoke with Weinstein, he used “exaggerated” flattery and compliments because “his ego was fragile”. He said several times that he was afraid of “sparking anger” from Weinstein.

Weinstein’s attorneys described Mann’s relationship with their client as consensual and “loving” and highlighted a text that Mann sent to Harvey in February 2017.

“I love you, I always do. But I hate to feel like a booty call. :)” he wrote, according to the lawyer Damon Cheronis.

He talked about acting and offered screenplays for a movie, he says

Mann, who grew up in a small town in Washington state, met Weinstein at a party in Los Angeles in 2012 or 2013 when he was 25 years old. In court, he recalled how he offered to teach her “business history” and met with him in several places, including a bookstore and an Italian restaurant.

But she said Weinstein asked her for a massage during what she thought was a professional dinner at the Peninsula Hotel in Los Angeles. He testified that “very embarrassingly” he gave Weinstein a massage while he lay face down on the bed still wearing his pants.

Mann testified that Weinstein made her feel “stupid” and told her that she was having a big problem when she said she didn’t want to give him a massage.

After that incident Mann began receiving invitations to events and sometimes met Weinstein again to talk about acting. At one point, they met after a party and Weinstein told her that he would give her and a friend the screenplays for a movie once they went to her suite. That night, he forced her to have oral sex, Mann testified.

Mann said he fought to get away from him, but eventually succumbed and simulated an orgasm to make him stop.

He testified that he had “unforced sex” with Weinstein on several occasions during 2016 and how they started a relationship, which he called abusive.

Her relationship with Weinstein seemed “like being discarded”. It may be fascinating and instructive, but “behind closed doors it will depend on whether I give him what he wanted,” said Mann.

“It was like Jekyll and Hyde,” Mann said of Weinstein’s behavior towards him.

He raped her in a hotel in New York, he testified

Weinstein raped her for the first time in 2013 in a DoubleTree hotel in New York, where she was supposed to meet her and her friends for breakfast, she testified.

Mann tried to stop him from getting a room, causing some sort of scene, and Weinstein pushed her away from the reception and told her not to embarrass him. Inside the hotel room, he tried to escape, but he slammed the door twice while grabbing the handle.

Then he followed orders to undress and get on the bed. He seemed “like a drill sergeant,” Mann said.

Weinstein then stretched out on her and raped her, he testified.

After the alleged rape, Mann and Weinstein met his two friends over breakfast because he didn’t want them to know what happened, Mann testified.

Some time later, Mann met Weinstein at the Peninsula Hotel in Los Angeles, where he had worked as a hairdresser, and told him that he was dating an actor. The producer got angry, pulled her up from a chair and screamed, “you owe me another time,” she testified sobbing.

Weinstein then asked to take her clothes off and when she refused, Mann said, she tore the pants “so hard and so fast from me that I had three scratches along each leg at the top of my thighs right above the my knee. “

He forced oral sex and raped her, he testified.

“I couldn’t breathe, it was so heavy on me,” said Mann. “I just remember watching TV and staring at it.”

Subsequently, Weinstein told her that he could now be in a relationship and become his “wing girl,” Mann said.

Then he apologized and justified the assault by saying, “I find you so attractive that I can’t resist,” he recalled.

“We are friends, aren’t we?” Weinstein added, according to Mann.

During the cross exam, Rotunno asked Mann if he was using Weinstein and not vice versa.

Rotunno suggested that Mann tried to hide his relationship from his friend during their 2013 trip to New York because he was an agent in the industry and Mann would present it to Weinstein as a favor.

When Rotunno said he would reflect badly on Mann if his friend knew about his sexual encounters with Weinstein, Mann agreed with her.

The defense questioned Mann about pretending he wanted to have consensual sex with Weinstein and lying to his friends about their relationship.

Mann was asked to read an excerpt from his personal blog in which he describes in detail a three-way sexual encounter similar to the one he witnessed last Friday. He said the blog post had to be “exposed” about the comedy and didn’t have to reflect all the exact details of the incident.

Mann will return to the booth on Monday to resume the cross exam.