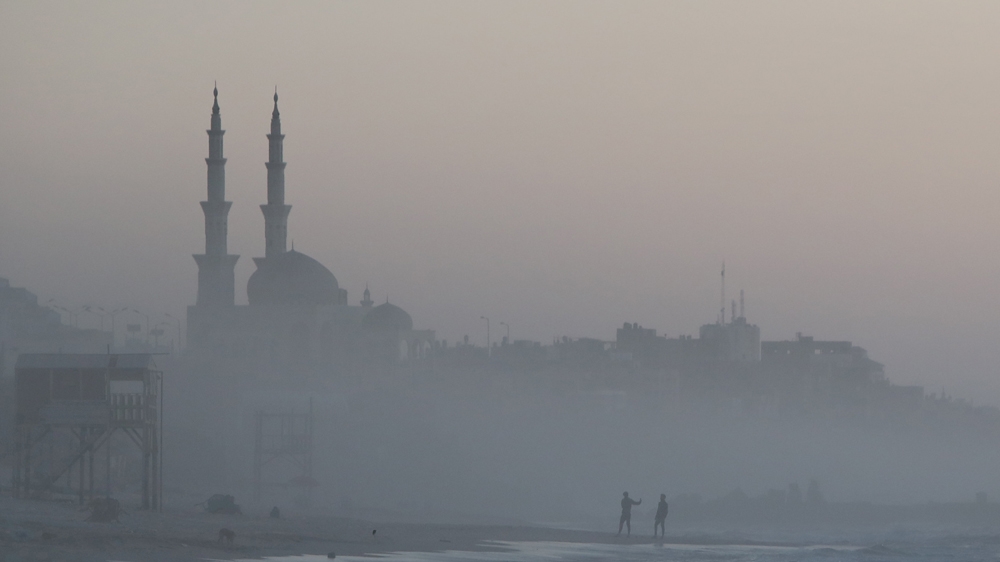 Israel’s move to strengthen the blockade in the Gaza Strip, including the reimposition of restrictions on Palestinian fishing, “Increase tensions,” said a spokesman for Hamas, the group that governs the enclave.

“Israeli measures to reduce the fishing zone and cancel businessmen’s permits point to it will harden the siege and increase tensions, “Hazem Qassem told Al Jazeera on Sunday.

His comments came hours after Israel announced that it would cancel a slight relief from the siege of Gaza, saying the move was in response to the launch of two rockets from the strip. No injuries were reported and no Palestinian faction in Gaza claimed responsibility.

On Sunday morning, the Israeli army said it launched a series of air strikes against Hamas sites in Gaza.

Palestinian sources said Israeli planes attacked a Hamas site in central Gaza during the night. There were no reports of victims.

The decision to cancel the slight easing of the hermetic land, sea and air blockade of the enclave, which has been in force for more than a decade, also included the scrapping of the restoration of 500 commercial permits and the delivery of cement, according to COGAT, a unit Israeli military responsible for civil affairs in the occupied territories.

Earlier this week, Israeli security officials warned of a “hard military response” if the attacks from the Gaza Strip did not stop.

In a cabinet meeting orOn Sunday, Israeli Prime Minister Benjamin Netanyahu said: “We will not accept any aggression from Gaza. Just a few weeks ago, we pulled out the top commander of Islamic Jihad in Gaza, and I suggest that Islamic Jihad and Hamas renew their memories.”

Commenting on Netanyahu’s comments, Qassem said: “These threats they are endless Hamas is not interested in any escalation, but if it happened, [Hamas] will defend his people against any Israeli aggression. “

The almost daily exchange of attacks between Israeli and Palestinian factions in Gaza has continued since US President Donald Trump announced his so-called Middle East plan last month.

The Palestinians have flatly rejected Trump’s proposal, which offers them limited self-government in scattered pieces of territory with a capital on the outskirts of Jerusalem, while allowing Israel to annex large parts of the West Bank.

In recent years, Hamas has been forming informal pacts with Israel, in an attempt to alleviate the blockade imposed on Gaza by Egypt and Israel for more than 12 years.

Fragile ceasefire agreements are generally negotiated by neighboring Egypt and the United Nations.

Human rights groups and critics consider the blockade as a collective punishment of two million people, warning of its impact on humanitarian conditions in Gaza.