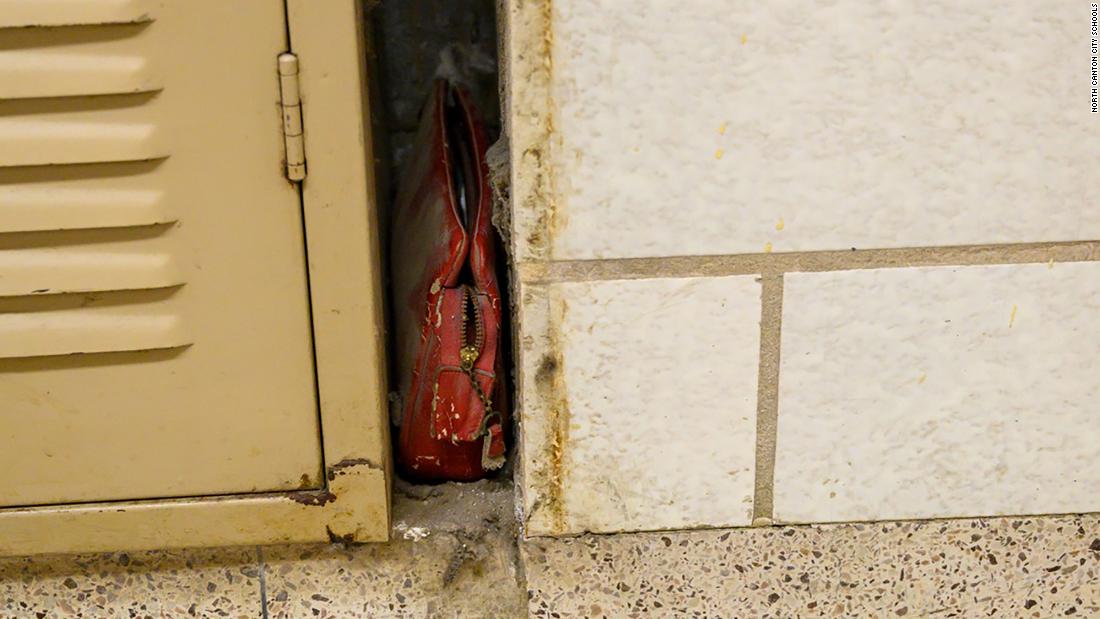 The Red the dust-covered bag was discovered last year by Chas Pyle, a caretaker of the North Canton Middle School, while he was reattaching the paneling between the lockers and the wall. The North Canton, Ohio school district published pictures of the long-lost bag in an attempt to find its owner.

After some investigation, the school learned that it had belonged to the former student Patti Rumfola, who lost it in 1957. Rumfola died in 2013, but the school was unable to connect with his children.

“Patti’s five children were together for a family gathering in the fall where they opened the bag to take a look at their mother’s life as a teenager at Hoover High School,” said the school post on Facebook.

The contents of the woman’s clutch were revealed on social media by the school on Thursday, offering a glimpse into the life of an American teenager in the 1950s. Like many women, Rumfola wore a comb and some make-up, including powder and lipstick in the shade of “pastel pink”.

The scholarship also contained its membership cards to the local public library, YMCA and American Junior Red Cross. There were also several black and white photos of what appears to be family and friends, as well as a dog, one dating back to the 1950s.

“Patti. Good luck to a cute girl and friend. Bonnie” is inscribed on one of the photos.

He even had a high school football program from 1956, showing where he had scored some games.

Rumfola’s purse also contained 26 cents, which have become special memories for his children.

“Each of his five children held one of the pennies of wheat as a reminder of their mom,” said the school district.

Rumfola graduated from the school district in 1960 and continued his career as a teacher. He married John G. Michele in 1980 and preceded her in death, according to his obituary.