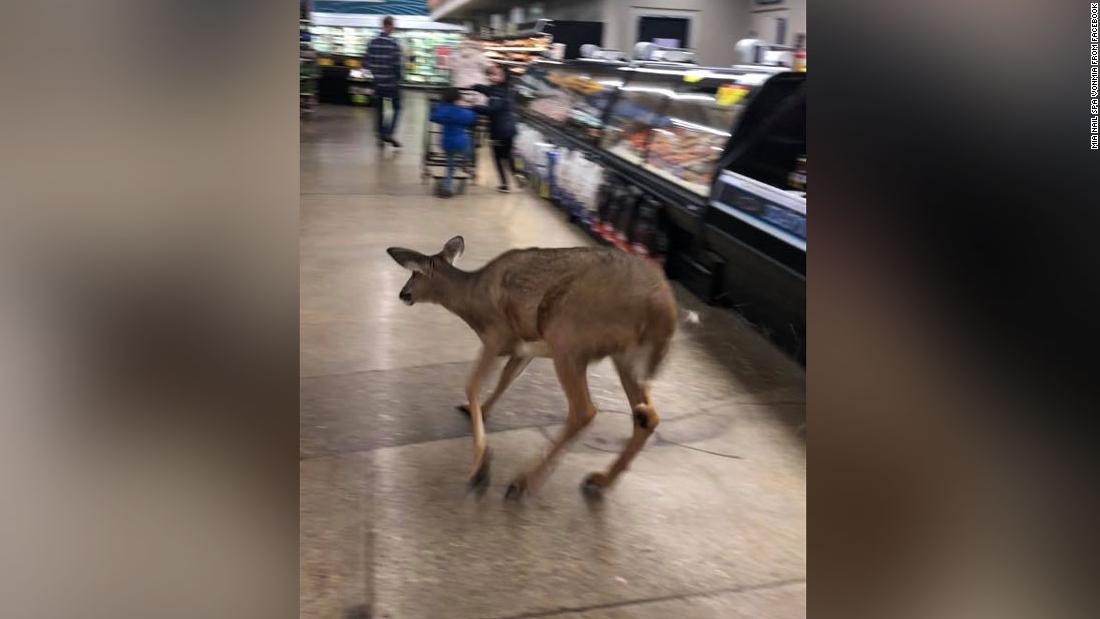 Brigitte Dan, who also bears her Vietnamese name Von, went shopping for some dining items with her mother and two children on Saturday evening. The family was waiting in the meat department of the Zionsville shop when a large brown animal approached them.

“I saw a huge deer running frantically towards me, at first I thought he was a German shepherd, so I pushed my children away but I soon realized he was a deer!”, Von told CNN.

Dan captured the video of the animal sliding down the floor as he turned around in a corridor. At one point, the deer even jumped on the meat counter.

“The store had a surprise visitor last night when entering the front door,” Kroger spokesman Eric Halvorson told CNN. “As far as I know, this is the first time for our division.”

“I hope, in his time close to the case of meat, that deer have noticed our vast selection of plant-based protein products.”

Dan said the shop staff and police tried to catch the deer but eventually came back out.