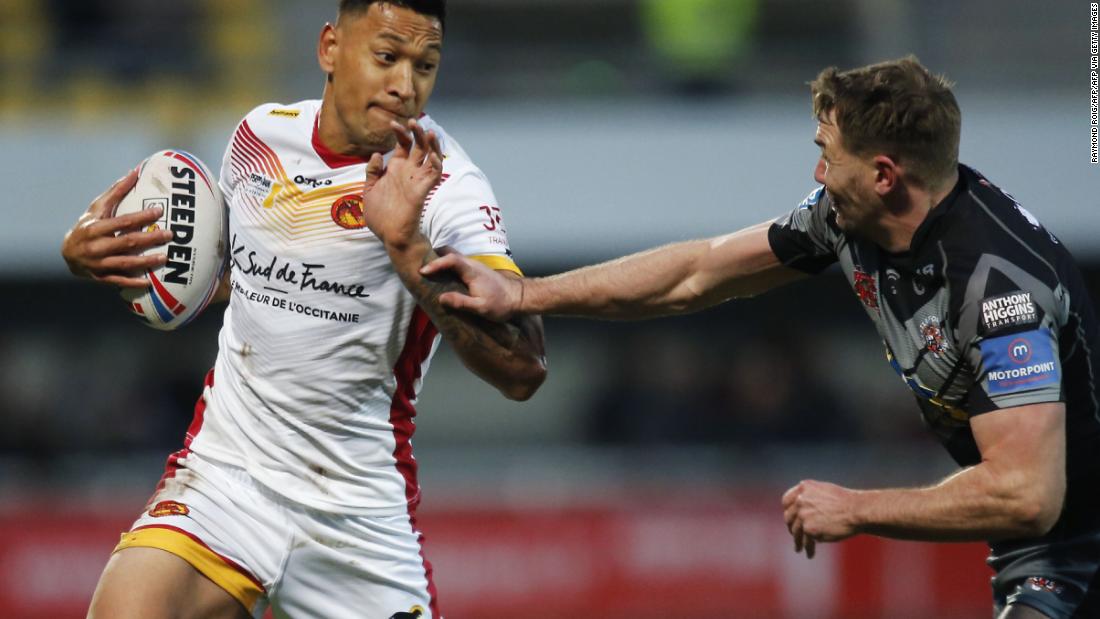 Castleford fan Alison Gray posted on social media during the Perpignan game that she was initially asked to shoot down a flag she had shown in support of LGBTQ rights for “health and safety” reasons.

The signature of the dragons of Folau it caused as many debates as the Australian was fired from Rugby Australia last year for making homophobic comments on social media.

Gray tweeted, “I was just told that I am not allowed this flag because the club does not allow it. That sucks.”

In a subsequent interview with Sky Sports, he added: “We were asked if we could lower the flag in the first place because it was against health and safety. When we said there were other flags on the ground, they gave up.

“They came back to us later and said it was against the club’s point of view to have flags.”

Gray did not say whether he shot down the flag.

The Super League is investigating the matter, the organization said in a statement, and will have more details by Monday.

“Rainbow flags aren’t banned in our club. It’s not banned,” Catalans Dragons said in a statement, according to PA Media.

“We are gathering more information about what happened,” said the club.

A devoted Christian who made 73 international appearances for Australia in the rugby union, Folau signed a one-year deal with the Dragons last month to return to the 13-man code.

Folau, 30, reached an agreement with Rugby Australia last year after being fired for an Instagram post stating that “hell awaits” gays.

At the time of Folau’s signing, the Rugby Football League – the governing body of the sport – stated that allowing the signing had been a “difficult decision” and deplored the player’s previous comments.