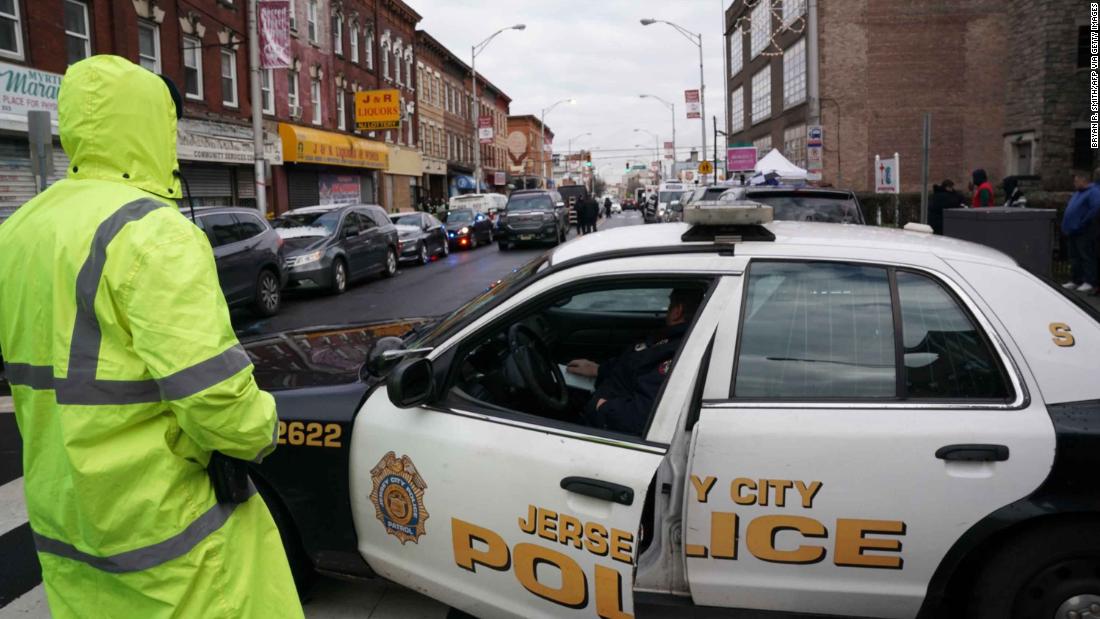 The video was released by the New Jersey Attorney General’s office following an open registration request.

Investigators say David N. Anderson, 47, and Francine Graham, 50, killed a police detective near a Jersey City cemetery and then went to the nearby kosher market, where three people were shot and killed there. and they started a police stall that ended their deaths with an hour.

Their actions are believed to be “fueled by both anti-Semitism and law enforcement beliefs,” New Jersey Attorney General Gurbir S. Grewal said at the time.

Mayor of Jersey City Steven Fulop said on Friday that the families of the filming victims were informed in advance of the release of the videos.

The surveillance video shows a police response in minutes

Previously obtained surveillance video from The Yeshiva world captured the moment when two shooters, identified by the authorities as Anderson and Graham, opened fire on the kosher supermarket. Seconds after Anderson exits a rented truck in U-Haul, the bystanders evade and disperse.

Anderson walks forward with his rifle aimed at the market as people run along the sidewalk away from apparent gunfire. Others run on the street, sliding between parked cars.

The newly released surveillance video shows Anderson and Graham rushing to the supermarket, followed by response from law enforcement vehicles. Two minutes after the arrival of Anderson and Graham, several police vehicles are seen arriving on the road and protecting the surrounding area.

Another published surveillance video shows an armored police vehicle launching into the store about three hours after the arrival of Anderson and Graham.

Agent shoots from nearby school, confirms he is “friendly fire”

The camera video of the body of an officer who responded to the footage shows shots at the Sacred Heart School supermarket across the street with visible bullet effects. A barrage of gunshots can be heard in the video as the officer aims and shoots the kosher shop from behind a shadow of the window. The agent can be seen reloading when his gun magazine is empty.

At some point in the video, an unidentified voice can be heard in the video that says “second floor, Sacred Heart”, referring to the school from which the officer was shooting. The agent replies to his radio saying “He is an officer!” He therefore appears crouched under the window, before continuing, “He is friendly inside the Sacred Heart. I say it again, friendly, blue!”

Later, an unidentified woman can be heard saying by radio, “friendly fire within the Sacred Heart”, confirming that the agent is among the law enforcement officers on the scene.

CNN’s Alec Snyder and Bre’Anna Grant contributed to this report.