It’s a chaotic scene at Islamabad Airport as passengers rush to race to Britain before the 4am ‘red list’ deadline.

Airport staff were forced to urge people to form an orderly queue and present evidence of a negative Covid test with one potential traveler calling it “the worst experience ever”.

One British family was denied a seat on their plane despite arriving at check-in three hours early.

Imran Khan from Aylesbury is at Lahore Airport on a British Airways flight with nine children, including three babies and one woman with a wheelchair.

The video will automatically play immediately8Cancel

They were told it was closed even though they said they arrived at 11pm for their flight which took off at 1.45am on Thursday.

Those who made it back before 4am yesterday have avoided paying £ 1,750 for eleven nights of hotel quarantine.

More than 20 flights have been chartered to return to Britain from Islamabad, Karachi and Lahore in the past 24 hours, according to reports.

According to a recent BBC North West Tonight report, some 32,000 travelers flew from Britain to Pakistan in January alone.

A letter to the PM signed by 46 MPs and co-authored by Qureshi said the country currently had a lower infection rate than Britain and called for clarity on the Government’s reasons for including it on the list.

His intervention came after reports that thousands of British Pakistanis were trapped in the country, many of them flying there legally under Government travel guidelines.

The letter said: “Most will be traveling to visit family, including elderly relatives, whom they have not seen for more than a year.

“They should have paid for the return flight but are now in a position where they have to pay for a new flight to return before the ban is imposed.”

According to data from the FlightRadar24 website, five flights were scheduled to land in Britain directly from the Pakistani capital, Islamabad, yesterday. 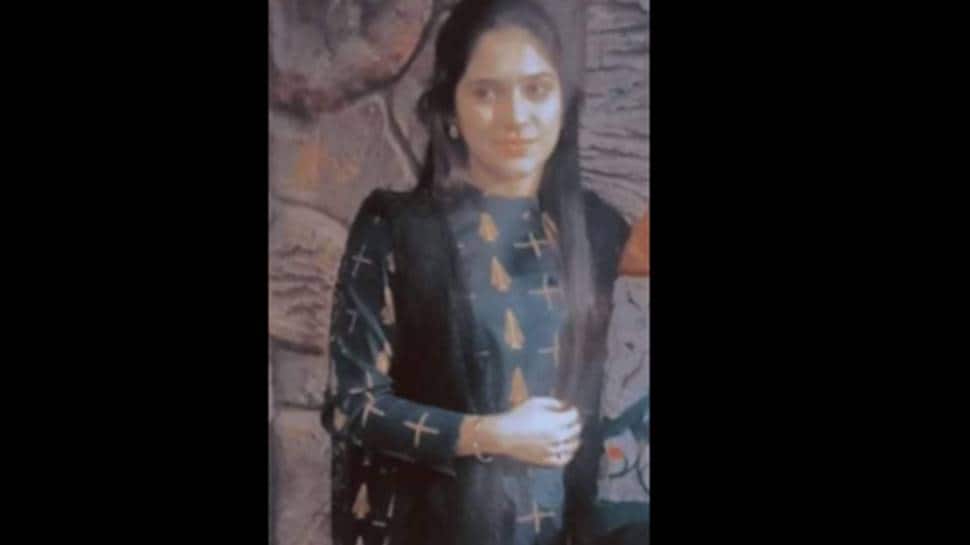 New Delhi: Twenty-two year old Aarti Chawla is the latest victim of an alleged persecution by the Muslim majority community of poor Hindu girls. She is allegedly kidnapped by a factory worker Mohammad Fawad who married her after she converted to Islam.

Aarti alias Ayesha is now in Dar ul Aman, Larkana, a city in Pakistan’s Sindh province, and refuses to even recognize her family members.

According to the All Pakistan Hindu Panchyat (APHP) Facebook page nine Hindu girls, including Aarti, were allegedly kidnapped in the past eight weeks. Seven Hindu girls converted to Islam and married Muslim men two or three times their age.

Repeated incidents of kidnapping, conversion and marriage of Hindu girls to Muslim men have created panic among the Hindu minority community who expect the Imran Khan-led government to take decisive action to prevent such incidents to instill a sense of security and security among they.

Following Aarti’s kidnapping, APHP has floated the idea of ​​forming a committee made up of retired judges, prominent Hindu leaders including religious leaders to exclusively investigate whether girls from minority communities are willing to embrace Islam and marry Muslim men or not and thus act accordingly. .

Kheal Das Kohistani, Pakistan Muslim League (N), National Assembly of Members (MNA) told media that in 2019 the Parliamentary Committee to Protect Minorities from Forced Conversion was formed under Senator Anwarul, while expressing concern over the incidents of conversion of Hindu girls that have not ended. Haq Kakar.

The committee is still in the process of carrying out the groundwork before drafting a bill to establish a law to prevent forced conversions, Kohistani said.

Stating that Aarti had been found by police and sent to Dar ul Aman, Kohistani, further said it was temporary relief and not a solution as the minority community was constantly living in fear of an ‘accident’ with the young girls.

In the past, the Hindu Council of Pakistan led by Pak Hindu MNA Ramesh Kumar Vankwani has signed agreements with Islamic scholars including Pir Mohammad Ayub Jan Sarhandi and Mian Mitha to hold meetings with girls who embrace Islam or with their parents as well. just as the Muslim man with whom he is married, but the agreement also fails to produce the desired result.

LAHORE, 10 Apr (APP): The promise of ‘Bread, Kapra aur Makan’ (Food, Shelter & Clothing) has remained unfulfilled over the past many political regimes despite being part of their election manifesto. Food, shelter and clothing have been described as basic human needs by all psychologists and sociologists from the very beginning because they are essential for human dignity, security, ownership, actualization and satisfaction.

Prime Minister Imran Khan is well aware of the fact that low-income strata of society cannot own a house due to various factors. One of the main obstacles is the unavailability of mortgage financing facilities in Pakistan. Immediately after taking over as prime minister in 2018, Imran Khan announced the construction of 5 million homes in the country to provide shelter for the homeless. He also predicted that the resurrection of the housing sector will bring an economic boom in the country.

The absence of foreclosure laws that effectively detained banks from financing the housing sector previously. However, the signing of the ordinance by President Dr. Arif Alvi on July 29, 2019 entitled ‘An Ordinance to Provid for the Efficient Recovery of Mortgage-Backed Securities by Financial Institutions’, laid the foundation for a new era of home financing in this country. . This regulation became law after it was approved by the National Assembly on 7 November 2019.

Speaking at the groundbreaking ceremony of LDA City Naya Apartments Pakistan on April 9, 2021, PM Imran Khan said mortgage financing was almost non-existent in the country due to the absence of foreclosure laws preventing banks from making loans to people to build on. their home.

“Mortgage financing was only 2 percent in Pakistan in the past while 80 percent in Europe, America and other developed countries of the world,” he said, adding that his government has provided security to banks to provide easy mortgage financing to people so that dreams of having own home can come true.

Foreclosure laws provide security for banks to provide easy loan facilities to low-income groups and this has laid the groundwork for a revolution in the housing sector. The foreclosure law states that lawsuits cannot be filed against creditors (banks) apart from prohibiting civil courts from any jurisdiction, but also protecting borrowers.

The prime minister established the Naya Pakistan Housing Development Authority (NAFDA), which has been working with the provincial government to realize the dream of a home for the poor. The Punjab government, under the LDA City Naya Pakistan Apartments, will build 4,000 apartments in the first phase, while another 31,000 apartments will be built later.

Provincial Housing, Urban Development and Public Health (HUD & PH) Minister Mian Mehmood-ur-Rasheed said the Punjab government had assigned all development authorities in Lahore and other major cities in the province to build homes for low-income groups. He said the government had funded Akhuwwat [an NGO] to build houses for the poor in addition to other projects to encourage private developers.

Vice Chairman (VC) of the Lahore Development Authority (LDA) SM Imran said 4,000 apartments are being built for low-income groups and someone earning 25,000 rupees per month can own a house in easy installments of between 10-20 years. He said each recipient would be given a subsidy of 270,000 rupees from the actual cost of 2.7 million rupees.

“Small installments will allow people to own houses rather than live in rented houses and make landlords richer every month,” he said, adding that all private banks provide loans in accordance with Islamic banking laws at Bank Negara Pakistan.

“The 650-square-foot apartment will have 2 bedrooms with attached and separate bathrooms, a kitchen, a small lounge and a balcony while the master plan will ensure that the apartment building must have gardens, walkways, sewers, processing plants and a grid-station to suit. all the features of modern society, “he explained.

SM Imran said that for the sake of transparency, LDA has decided to open an escrow account for the project, adding that the escrow account is opened for a specific purpose and the funds cannot be used for any other purpose.

LDA Chief Engineer Abdul Razzaq Chohan said the project was intended to provide homes for ordinary people and would cost very cheaply, adding that installments would start once the owner was given ownership of the apartment, meaning recipients would not pay anything. during the first 18 months of construction work.

The chief technician of LDA said the Authority would be responsible for the provision of all facilities and maintenance of roads and apartments even after the project was completed.

Genelia Deshmukh is one of the most active Instagram users we have in B-town; not only does she provide her fans with snippets of her life, but she often keeps Instagrammers torn apart with her hilarious videos.

In the latest video, the actress has a conversation between a millennial couple and call it ‘basic girl rampage‘.

Check out the clip below: On the reel, a male voice asks Genelia, “Hi, kaisi ho? (Hi, how are you?)” Hearing this, a female voice replied, “Paagal hu … Kyunki tum. Phir aath ghante baad is just a message ka reply to karoge aur mai aath mei second. After all, paagal hi hui na? “(I am angry that you will reply to my message after eight hours, and I will reply to you in eight seconds. .) ”

In the video, Genelia looks simple without make up. He is seen wearing a simple pink t-shirt with jeans.

This isn’t the first time Genelia has wowed us with its video reels and clips. Her hilarious and mushy videos with her husband’s actor The Deshmukh Rite really can’t be missed. In fact, Genelia’s social media game is so intense that her videos with her gang of girls leave the internet fragmented.

Check out Genelia’s Instagram reel that will get you excited, LOL.

Meanwhile, Genelia is famous for her powerful performance in the film ‘Jaane Tu Ya Jaane Naa’ which she starred in. Imran Khan. Genelia has also been a part of ‘Lai Bhaari’, ‘Generation 2‘,’Mauli‘, to name a few. Fans of Ritiesh and Genelia anxiously wait to see the couple on screen. 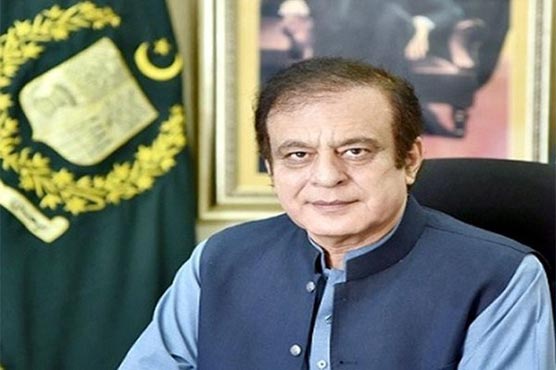 The development of a country, the welfare of the people is related to justice: Shibli

ISLAMABAD (Dunya News) – Senior Pakistani leader Tehreek-e-Insaf Senator Shibli Faraz on Saturday said the development of any country and the welfare of its people is linked to provisions of justice and the rule of law without discrimination.

This was the focal point of Imran Khan’s 22-year political struggle, he tweeted.

Shibli Faraz said Imran Khan was advancing the agenda “all equal before the law”, with fortitude and determination.