To celebrate and support young people entrepreneur which works to solve environmental problems and food issues of local and global insecurity, Hormel Foods launched the 10 Under 20 Food Heroes Awards. The award brings attention and grants to help support this inspiring group effort.

“From the ages of 6 to 20, these young visionaries have created cutting-edge ideas, grassroots efforts, and high-impact initiatives that are making a difference in their communities and the larger world,” said Jim Snee, Chairman, President and Chief Executive. Officer at Hormel Foods.

“We have certainly been inspired by them and proud to play a small part in their extraordinary journey,” added Wendy Watkins, VP of Corporate Communications.

Check out the stunning work of the 10 awardees this year.

Simokat visited every school in Putnam District and several more in Kanawha, totaling about 24 schools. She was able to provide and deliver around 2,100 meals to students by raising money for food via social media platforms. He also received a 1,000-meal donation from Hormel Foods Corp. Since then, the company has donated more than 2,000 additional meals to him and held food packaging events at a recent leadership meeting. 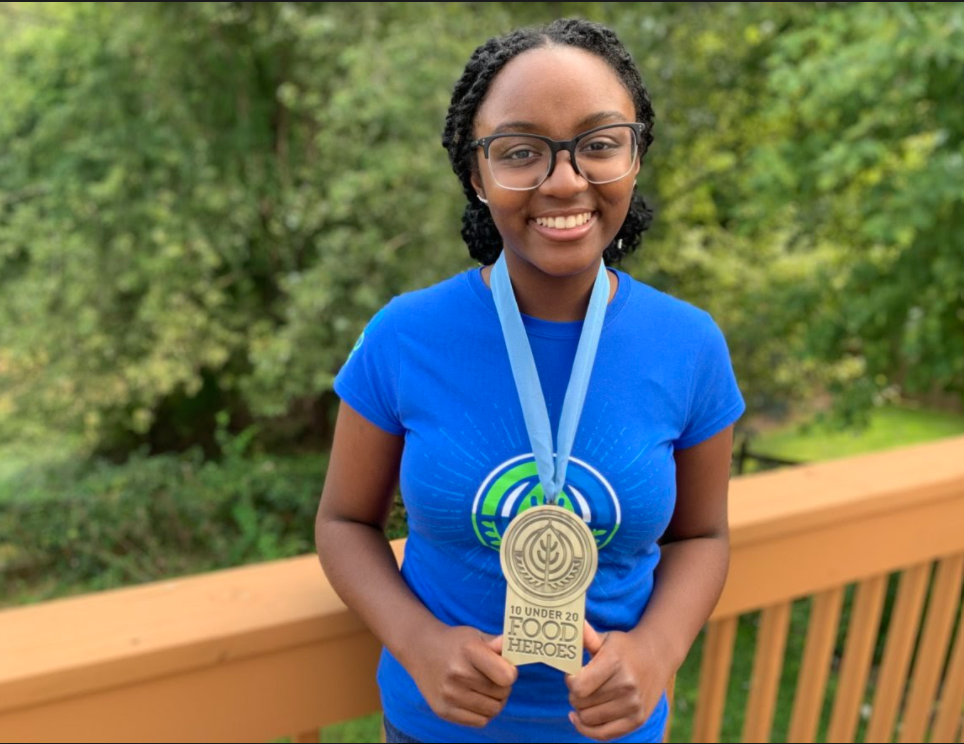 At the age of seven, Grace Callwood was diagnosed with non-Hodgkin’s lymphoma. In 2012, he started We Cancel Movement, a non-profit organization that brings happiness and fun to children in hospitals, orphanages and homeless shelters in and around Aberdeen, Md. At the age of 10, he even made a summer camp for homeless children. Today, she is a healthy and inspiring young leader who decided to create an organization that focuses on helping vulnerable children – those with homelessness or illness, and those in care. Now 16, she runs an organization with an all-youth advisory board to bring food, toys and literacy to thousands of vulnerable young people. 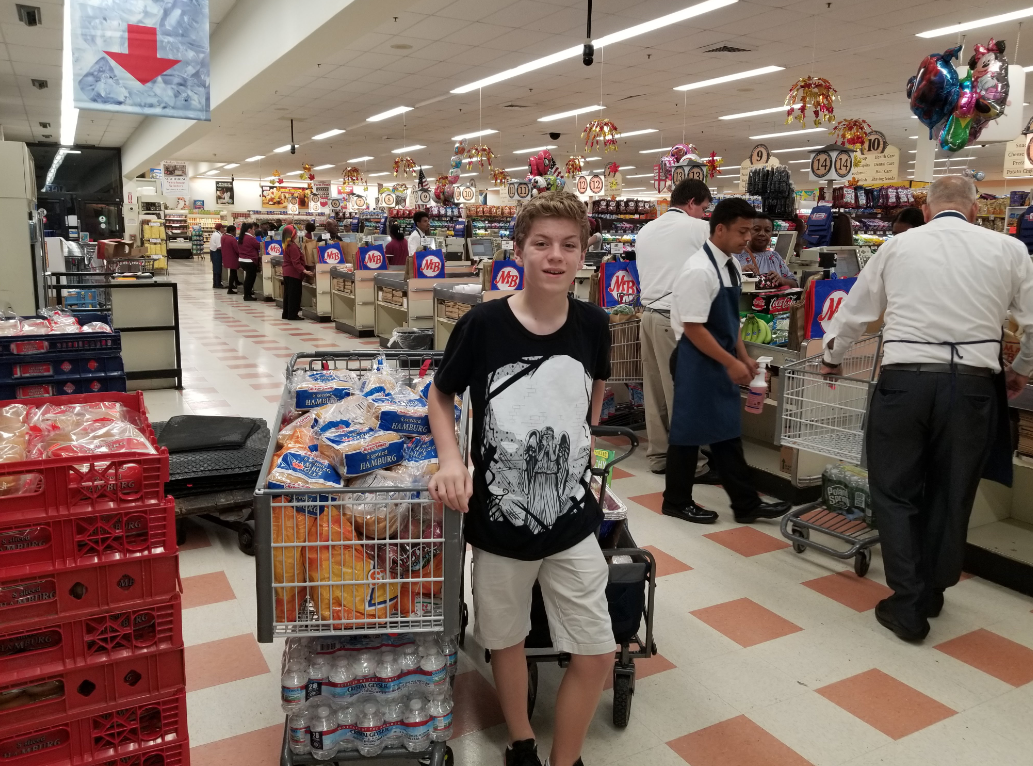 Liam Hannon decided to skip summer camp to make a difference by making lunches to give to the homeless in Cambridge, Mass. To date, he had provided over 10,000 thousand meals and had flown across the country spreading goodwill. 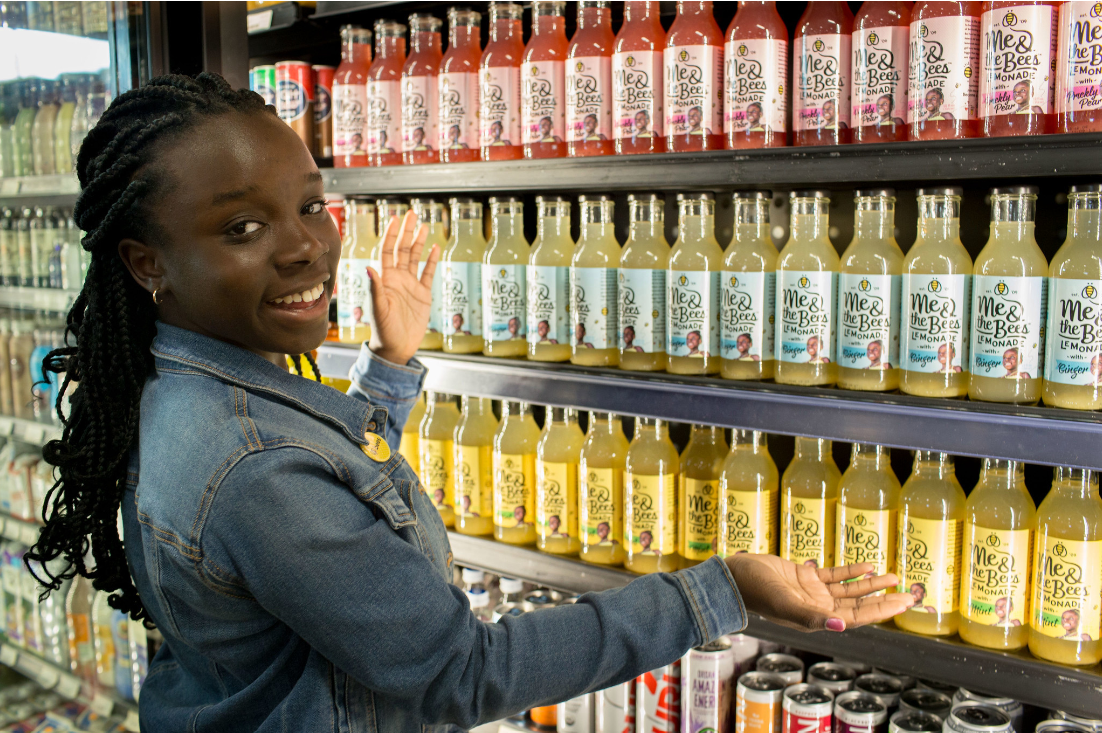 After learning about how much bees do to the environment and how they are dying, 4 year old Mikaila Ulmer decided to take action by entering a local children’s business competition. The product is a family lemonade recipe sweetened with locally produced honey, with part of the sale going to organizations fighting to save the honey bee population. Thanks for the deal Shark tank, over the last decade, Mikaila has sold more than 1 million bottles Me & the Bees Lemonade in 1,000 stores in the US, including Whole Foods and Macy’s. 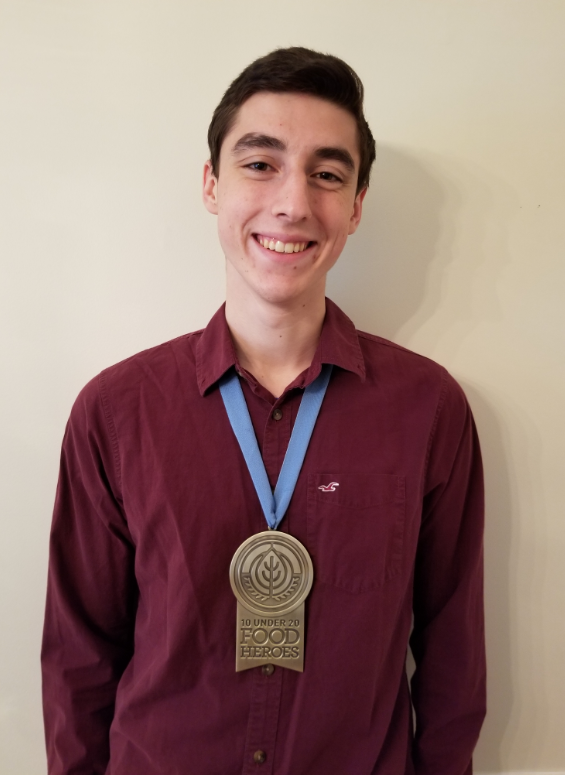 For his high school project, Adam Fellows was focused on gathering food for his local soup kitchen, but there was a slight problem: The food kitchen was closed. To solve this problem, Fellows decided to build a new food pantry in Sherrill, NY, because the community was not being served. 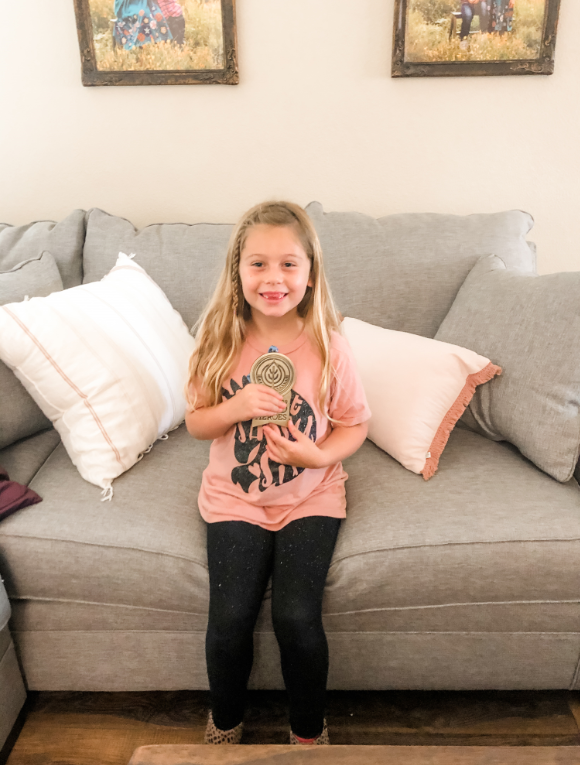 At the wise 5 years old, Kiki Hardee heard that some of his classmates could not pay for lunch, which this young leader was incompatible with! His compassion for his classmates created what is now called Kiki’s Kindness Project. Hardee created a chocolate and cake shop to raise money to pay off school lunch debts as well as go beyond his own school and help pay off the district’s $ 7,000 debt.

Jahkil Jackson, age 13, Project I Am 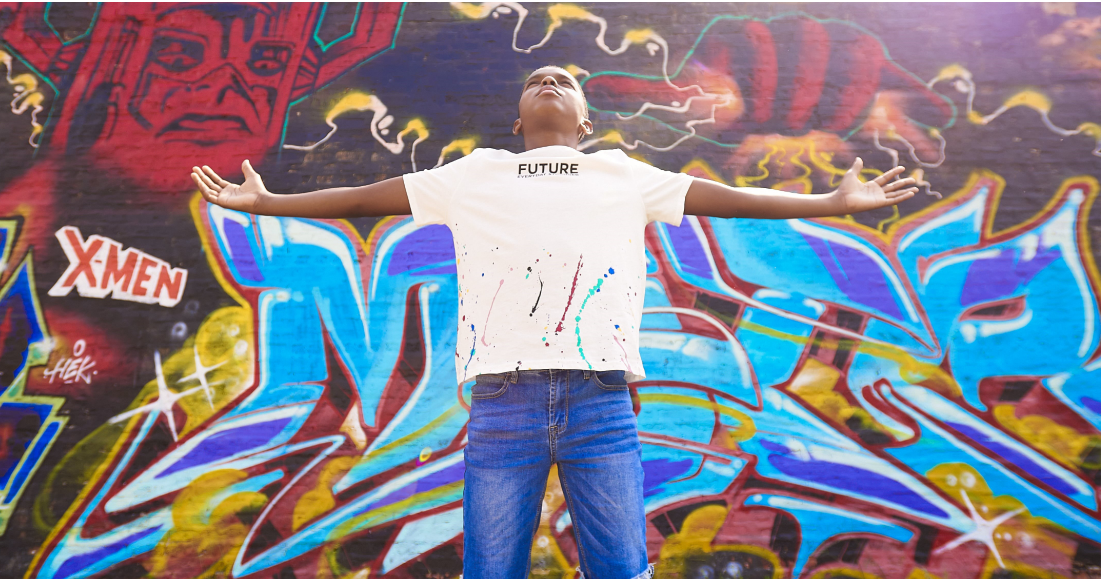 Project I Am was created by 8 year old Jahkil Jackson out of his sincere desire to help those in need. One day, she decided to help her aunt distribute food to the homeless in Chicago. After this experience, Jackson knew he wanted to do more to make a difference. It quickly became its mission to raise awareness of the homeless and help members of this vulnerable population by offering them what it called “Blessing Bags” – gifts filled with tissue, socks, deodorant, hand sanitizer, granola bars, toothbrushes, toothpaste, etc. bottled water and others. 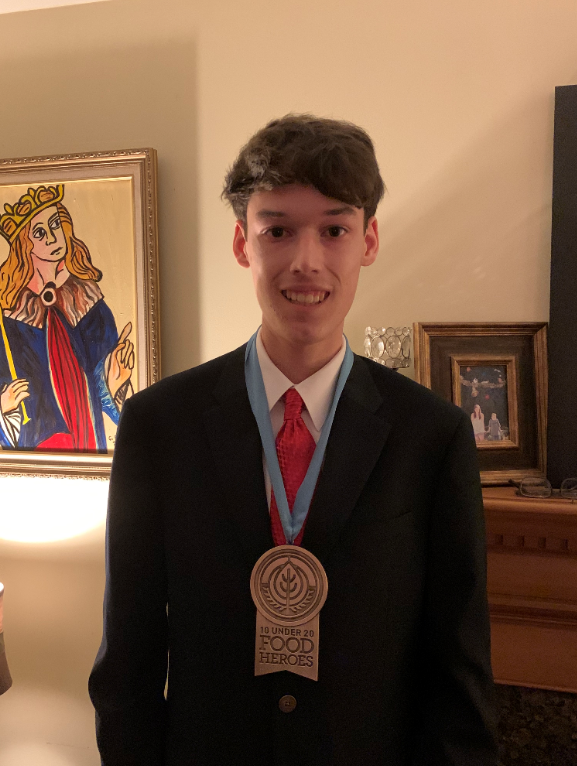 Nineteen years old Bradley FergusonHis dedication to helping veterans was first evidenced by the renovation of the American Legion Post 295, a project made possible with funding from a grant he provided.

The following year, he witnessed the tragic death of a United States military veteran who burned himself out of despair. Ferguson is determined to help veterans suffering from mental illness and the homeless by holding an advocacy dinner. He formed Post Crashers, created a victory garden that served as a food source and cooked a full meal to pair with the roughly 6,000 pounds of garden-grown vegetables.

Related: Before He Was A Revolutionary Coffee Roaster, He Was Photographing Revolutionaries

To date, Ferguson and his team have provided around 2,000 complete meals for homeless veterans living in transitional housing. Additionally, they have made around 13,000 lunches for the homeless clients of the Atlantic City Rescue Mission.

His second organization, Mustangs Against Hunger, founded in 2017, is a high school food pantry that distributes thousands of pounds of perishable food to hundreds of needy families. 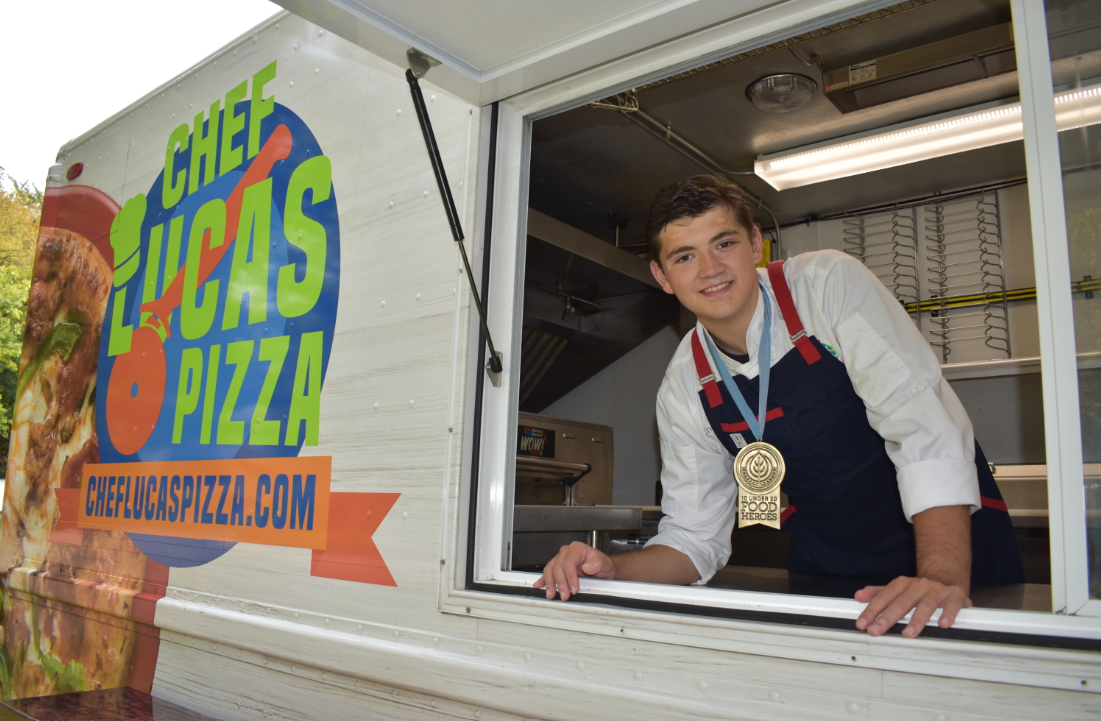 Lucas Hobbs faced his cancer diagnosis with courage and strength, and after completing his treatment, the Make-A-Wish Foundation offered him the opportunity to grant his wish. Many children use their desire to go to Disney or attend sporting events, but not Hobbs. Her wish is to partner with a Minnesota food truck so she can give back to her community and other children battling cancer.

ChefLucasFood is a 501 (c) (3) non-profit organization founded in Minnesota by the Hobbs family during the fall of 2015 after Lucas Hobbs carried out his wish to use a food truck to convey his appreciation to the community that supported him in his fight against cancer. 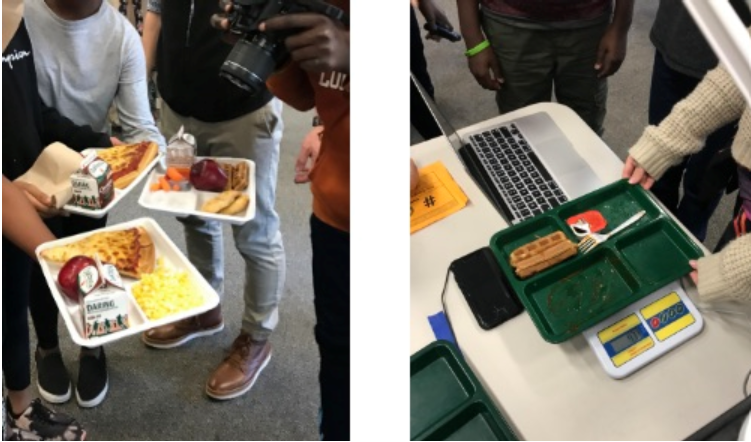 King Middle School student known to excel in many ways, but perhaps the daily commitment of collective groups of students to eliminating food waste is one of their greatest accomplishments. King Middle School students decide to dispose of food waste at their school and set up a five-part waste separation system, including shared desks, compost keepers, and plastic bag reduction. 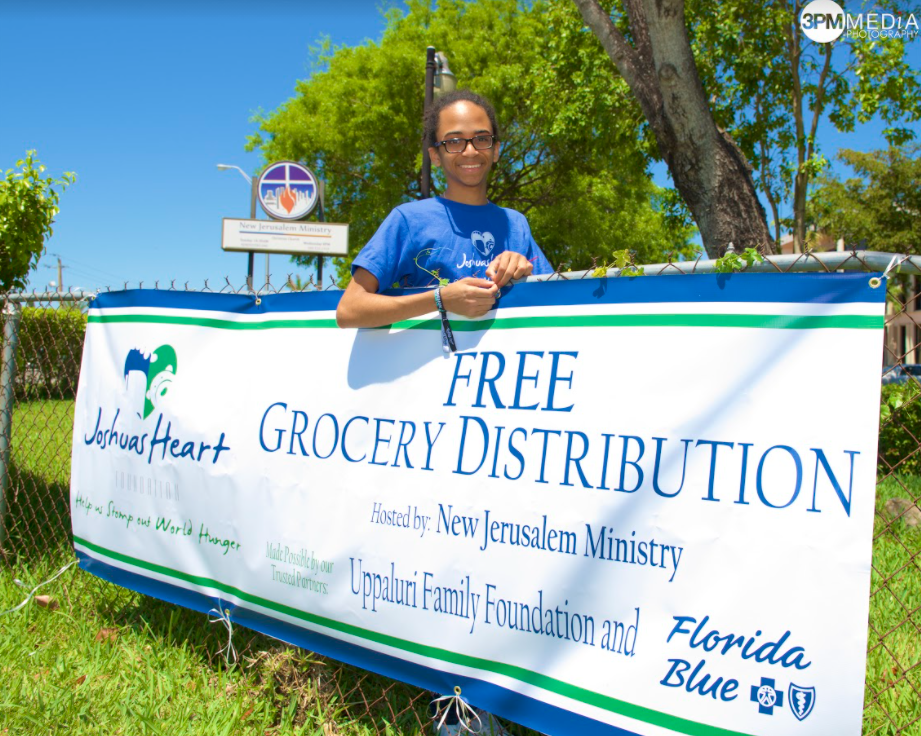 In addition to 10 Under 20 Food Heroes, Hormel Foods will honor 19 year old Joshua Williams. Now a junior at NYU’s Stern School of Business, he was only 5 years old when he started the Joshua’s Heart Foundation in Miami Beach, Florida. Its mission has long been to end poverty and food insecurity. Since 2005, the Williams foundation has raised nearly $ 2 million in financial support, distributed more than 3 million pounds of food, served more than 600,000 people, donated more than 200,000 toys, books and clothing and recruited more than 60,000 young people to help it do so. all this wonderful work. Hormel Foods has appointed him as the first ambassador for the 10 Under 20 Food Impact Award.