Alexander Gauland, a leader of Germany’s far-right AfD political party, left the press conference after discussing reports that the Office for the Protection of the Constitution views his entire party as a threat to the constitution. 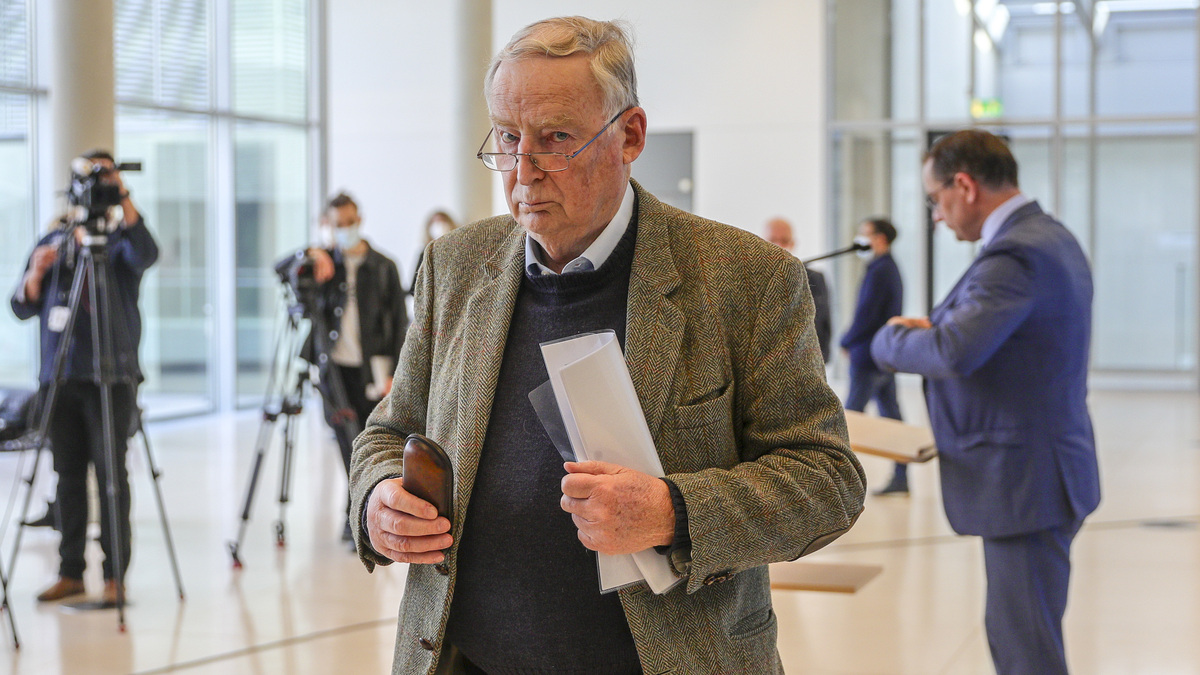 Alexander Gauland, a leader of Germany’s far-right AfD political party, left the press conference after discussing reports that the Office for the Protection of the Constitution views his entire party as a threat to the constitution.

Germany’s domestic intelligence agency has put the country’s largest opposition party under scrutiny as a potential threat to the country’s constitution, according to public broadcaster ARD and other media outlets. The move affected dozens of lawmakers who are in the far-right Alternative for Germany party, or AfD.

AfD members say the investigations are politically motivated, aiming to weaken the party. In January, one party leader accused Chancellor Angela Merkel’s government of “trying to stigmatize us and really put us in a Nazi corner.”

Responding to the news, AfD leaders said the intelligence services’ actions against him were unconstitutional.

Alice Weidel, to the leader of the AfD parliament, said investigations is “purely political”. He also implied that news of the investigation was strategically leaking to the press with important elections coming up this year.

Weidel and other leaders said they would take legal action to counter the surveillance. AfD members serve in the Bundestag, Germany’s national parliament, as well as all 16 German state legislatures and the European Parliament.

Federal investigators have been gathering information on the Alternative for Germany party for at least two years and have produced a report that is about 800 pages long, ARD report. Some of the findings against the AfD are believed to accuse it of violating human dignity, the protection of which is enshrined in the first article of the German constitution.

The Verfassungsschutz agency cites a violation of human dignity when it locates the far-right branch of the AfD under the supervision of a year ago, said that der Flügel (“Wing”) had “extremist intentions”. The agency’s leader also mentioned recent hate crimes, saying the harsh anti-migrant rhetoric online led to violence in the real world.

The intelligence agency’s actions have their roots in Germany’s post-war constitution, drawn up by the US.

“The driving force behind the creation of the Verfassungsschutz agency and its surveillance force is the American-led Allied forces,” NPR’s Rob Schmitz reports, “which, after World War II, helped write the new German Constitution with the aim of preventing a return to Nazi ideology.”

In contrast to the United States, which is bound by First Amendment protection of free speech, Germany has banned Nazi era symbols such as the swastika and Hitler’s greeting. Germany’s constitution guarantees freedom of expression, but the country’s laws also restrict speech by far-right and other extremists.

Of course, US officials are currently grappling with their own challenges to domestic extremism. The news from Germany came one day after FBI Director Christopher Wray condemned the January 6 attacks in the US Capitol as “domestic terrorism”, referring to the mob of supporters of former President Donald Trump trying to stop Congress from endorsing the 2020 election results.