The new corona virus pandemic has sparked much debate about its origin, with some suggesting it might have been developed in a laboratory. Previous studies, however, mentioned that it was zoonotic, which means that the virus jumped from wild animals and found its way to humans.

Now, researchers claim that viruses have uniquely adapted to infect humans, demonstrating that virus theories planted in laboratories should not be completely excluded.

What is zoonotic disease?

Zoonotic disease or zoonosis is an infection caused by dangerous pathogens such as bacteria, viruses, fungi, and parasites that spread from animals to humans. Although many zoonotic diseases are common, some can cause serious illnesses, including hantavirus and corona virus.

Animal pathogens can spread to human populations through direct contact with bodily fluids from infected animals, go to areas where animals live, be bitten by insects such as mosquitoes or fleas, and through the intake of contaminated food.

At present, the world is grappling with a new type of coronavirus, severe acute respiratory syndrome coronavirus (SARS-CoV-2), which causes coronavirus disease (COVID-19). The exact origin of this virus cannot be confirmed, but bats as a reservoir of known corona viruses are at the top of the list of ‘most likely’. 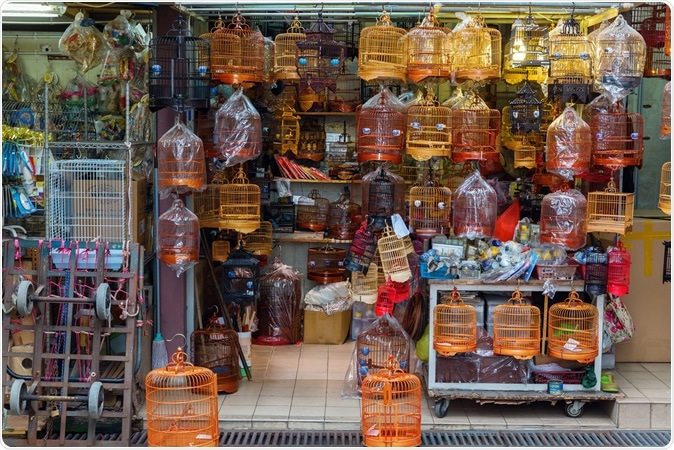 The new corona virus has made sick more than 5.4 million people worldwide and caused the death of more than 345,000 people.

In the new study available at arXiv preprint server*, which has not been reviewed by colleagues, the researchers point to many reasons why viruses become so well adapted to humans, such as convergent evolution after exposure to human cells, exposure to human cells very early in a pandemic, and rare mutations that combine two species genes. All this raises new questions about whether the origin of SARS-CoV-2 is natural or can occur in the laboratory.

“The devastating impact of the COVID-19 pandemic caused by SARS coronavirus 2 (SARS-CoV-2) has raised important questions about the origin of this virus, the mechanism of zoonotic transfer from exotic animals to humans, whether companion animals or those used for commercial purposes can act as a reservoir for infection, and a reason for large variations in susceptibility across animal species, “the researchers wrote in the paper.

Professor Nikolai Petrovsky, from the Faculty of Medicine and Public Health at Flinders University, who has spent decades developing vaccines against influenza, SARS animals, and Ebola, said that the findings of this study were very unusual, opening the possibility that the virus might have originated from laboratory experiments .

However, he said that at this point it was impossible to rule out the theory that the virus was created in cell culture experiments.

Research findings show that the virus was specifically designed for humans, whether it occurs naturally, by chance, or by intention, remains to be investigated.

He also added that the virus is not unusual from animal to human infections because it can enter the human body immediately. Other pathogens in the past that have jumped from animals to humans usually strengthen when they adapt to new hosts, but for SARS-CoV-2, it seems to be perfectly adapted to infect humans. 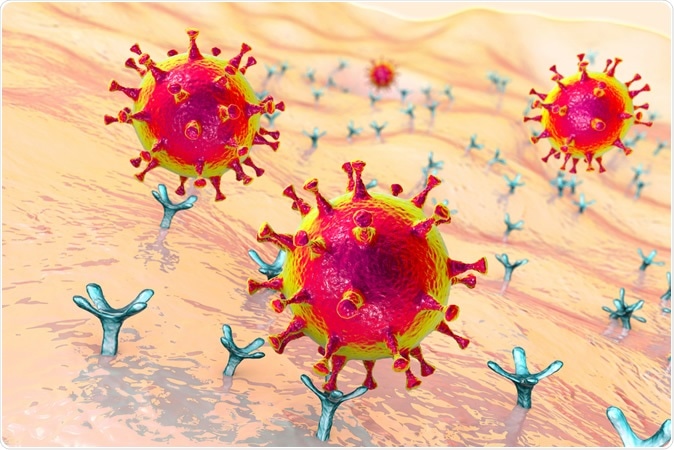 Usually, traditional lab-based methods are used, but they may take longer to produce results. On the other hand, the silico modeling method can help produce information about newly emerging pathogens more quickly, providing insight into their behavior and effects on the body. 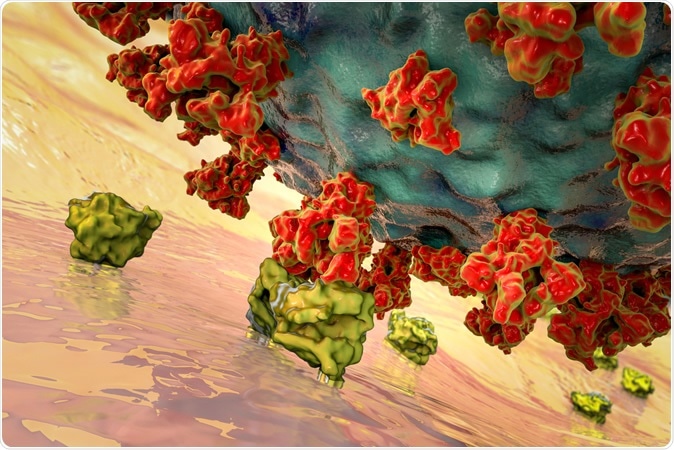 The team has found that the SARS-CoV-2 spike protein has the highest overall binding energy for human ACE2, more significant than all other tested species, including bats, the recommended viral source. Furthermore, the team revealed that SARS-CoV-2 is a highly adapted human pathogen. Pangolin, another animal source that claims an outbreak in Wuhan City in China, has the next highest binding affinity.

“Overall, the data show that SARS-CoV-2 is uniquely adapted to infect humans, raising the question whether it arose in nature by rare events or whether its origins lie elsewhere,” the team concluded.

The researchers added that given the seriousness of the ongoing COVID-19 pandemic, all efforts must be made to determine the source of the corona virus. It is important to determine whether coronavirus disease is caused by a natural coincidence, where it originates from a bat and jumps to humans through an intermediate host animal, or that COVID-19 has another origin.

The laboratory is growing

In the emergence of the novel coronavirus pandemic, many theories have emerged at the origin. One question raised a few months ago was whether the virus originated from the Wuhan laboratory, which is a Level 4 bio-safety laboratory that studies animal corona viruses.

The Wuhan Virology Institute has long isolated and obtained several coronaviruses from bats, according to laboratory director Wang Yanyi.

However, the director denied that the virus originated from the laboratory.

“After we examined the sample pathogen, we found it contained a new coronavirus. We have no prior knowledge, we also have never met, researched, or stored a virus, “he explained.

“The fact is, like others, we don’t even know about the presence of the virus, so how can it leak from our lab when we don’t have it?” she says.

Meanwhile, Chinese Foreign Minister Wang Yi said that false rumors that the virus was man-made were put there to stigmatize China. However, the country will be open to international participation to identify the source of SARS-CoV-2, as long as the investigation will be free from political interference.

Did SARS-CoV-2 adapt to humans long before the index case?

Other the latest study from Canada and the US suggests that severe acute coronavirus 2 (SARS-CoV-2) respiratory syndrome may have been adjusted before human transmission when it appeared at the end of 2019, which means that there may be progenitor populations still surviving from ancestral SARS-CoV-2 ancestors proficient. for human transmission and coronavirus disease (COVID-19) reappears.

arXiv.org publishes preliminary scientific reports that are not reviewed by peers and, therefore, should not be considered conclusive, guide clinical practice / health-related behaviors, or be treated as established information.

Meat in addition to conti...

A statement from the head of the public health Can...