One man pleaded guilty to causing $ 40,000 in damage after a rampage in which he cut down eight large natives Christmas Day trees line the quiet suburban street.

The 40-year-old man was tracked down by police and charged with criminal damage for cutting down a pōhutukawa tree in South Auckland, New Zealand, street in October.

The man appeared before the Levin District Court, near his residence in the coastal town of Himtangi, via a video link on Thursday of the strange incident. crime, reports Goods.

One man pleaded guilty to causing $ 40,000 worth of damage after a rampage in which he cut down eight native Christmas trees lining a quiet suburban street (pictured) 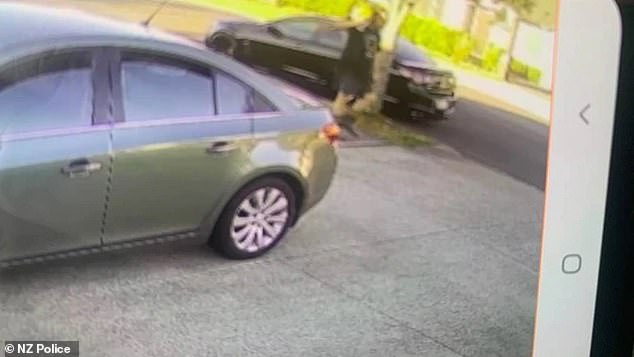 Residents were shocked to find rows of mature trees felled and lying on the trail on October 25.

The previous night, neighbors said they heard the sound of chainsaws but council workers had been ordered to make pruning in the area.

Court documents show that the Auckland Council assessed the damages at $ 40,704, although the 40-year-old man disputed the amount.

It is not known why the man allegedly cut the tree.

CCTV was released of a man carrying a light-colored saw after the incident with a device that was later found.

The arrests were the result of community cooperation to provide evidence to identify the suspected perpetrators and recover the saws used in the offense, he said.

‘This pōhutukawa tree is very iconic. During the summer, their beautiful red flowers weave in the heart of our community, ‘he said. 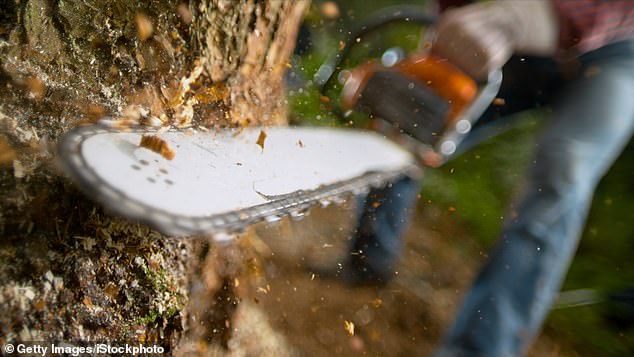 The night before, neighbors said they heard the sound of chainsaws but they thought council workers had been ordered to make pruning in the area (stock image)