The first stage, illegal commercial construction will be leveled with heavy equipment

KARACHI (Dunya News) – An operation on Monday was launched to destroy encroachment spread over a 100-foot area of ​​Gujjar Nullah in Karachi.

The first phase, illegal commercial construction will be leveled using heavy machinery and equipment. Local police and members of the district administration also participated in the mobilization. 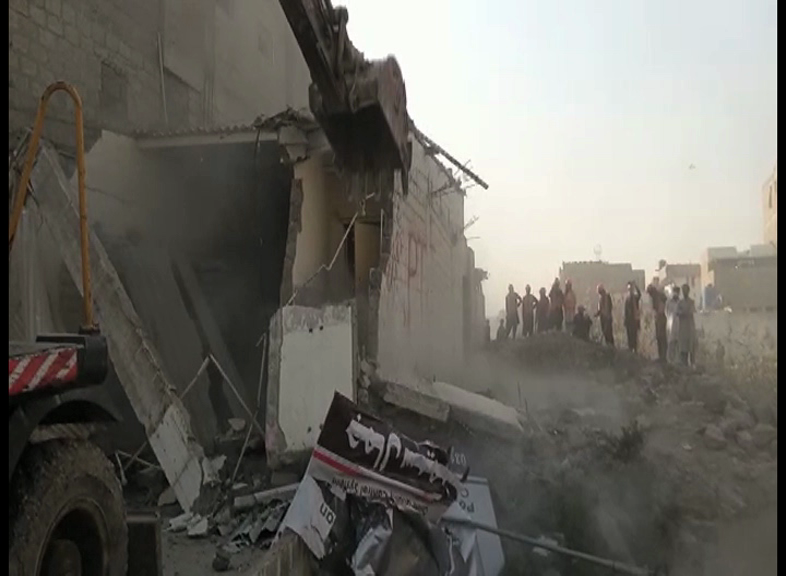 Earlier, a case was registered against Pakistani lawmaker Tehreek-e-Insaf (PTI) Haleem Adil Sheikh and 69 others for disrupting anti-encroachment operations at Malir’s farmhouse in Karachi.

That The PTI leadership has been booked for attempted assassinations, interference in government work, and harassment during anti-encroachment campaigns.

Haleem Adil accused the Sindh government of taking revenge against him. He said that his consciousness and ground were clear. I have legal records of my land, he said.

The PTI leader asked to form a Joint Investigation Team (JIT) to inquire about his land. Sindh province is led by the mafia, he added.

Expressing annoyance at the Advocate General’s absence, the top judge warned against issuing a court notification of contempt for the delay in eliminating encroachment.

The Advocate General additionally asked Judge Gulzar to get an explanation of the situation from the Karachi commissioner whereby, the CJP said that these officers were ignorant because they were hired for a short period by the provincial government.

SC reprimands SBCA officials for destroying the beauty of Karachi

The SC has reprimanded Sindh Building Control Authority (SBCA) officials for destroying the beauty of Karachi for personal gain and ordered to destroy all buildings built illegally on railroad land.

CJP Gulzar Ahmed said the Sindh government took responsibility for restoring Karachi’s circular railroad grounds, but nothing was being done in this regard.

Judge Gulzar questioned the Clifton Cantonment Board about encroachment in Delhi and the Punjab colony which, Cantt officials said the land belonged to the government.

The supreme judge ordered city commissioners to evacuate occupied land and ordered the destruction of all buildings, housing and gas stations built illegally on the railroad grounds.