BERLIN (Reuters) – The United States has informed Germany that it plans to impose sanctions on a Russian pipeline laying vessel involved in the construction of the Russia-led Nord Stream 2 gas pipeline from Russia to Germany, the German Economy Ministry said on Monday.

“We record the announcement with regret,” said a spokesman for the Ministry of Economy in Berlin.

German business daily Handelsblatt previously reported US sanctions will take effect on Tuesday as part of the Act Against America’s Enemies Through Sanctions (CAATSA).

It said sanctions would be imposed on the Russian pipeline laying ship “Fortuna” and its owner, KVT-RUS.

Nord Stream 2, designed to double the capacity of the existing Nord Stream subsea gas pipeline, will pass through Ukraine, eliminating lucrative transit costs. The project has become a point of contention between Moscow and Washington, with the United States seeking to cut Europe’s dependence on Russian energy.

The group behind the pipeline suspended work in December 2019 due to threats of sanctions from Washington, even though the project was nearing completion.

Germany and European allies accuse Washington of using the newly introduced CAATSA sanctions regime to interfere with their foreign and energy policies.

According to Refinitiv ship tracking data, Fortuna is still anchored in the Baltic Sea near Rostock in northern Germany.

A spokesman for the US embassy in Berlin told Handelsblatt that Washington would continue to take “all necessary and appropriate steps” to prevent Nord Stream 2.

“Although we do not comment on future sanctions measures, we will continue to exchange ideas with allies and partners on potential sanctions issues,” the spokesman said.

The US government hopes Germany will reconsider its position on Nord Stream 2, he added.

The US State Department said it was not reviewing possible sanctions action and the Treasury Department did not immediately respond to a request for comment.

A German government spokesman told reporters earlier on Monday that Berlin’s view of the pipeline remains unchanged, namely that Nord Stream 2 is a private sector project.

US President-elect Joe Biden has opposed Nord Stream 2 in the past, but it is unclear if he can compromise on the issue after taking office on Wednesday.

Handelsblatt quoted a spokesperson for Nord Stream 2 as saying that it is up to the European Union and governments in the countries involved to protect the company from any sanctions.


Moscow (Reuters) – The Russia-led Nord Stream 2 Consortium said on Monday that it had completed laying a pipeline for the project in German waters, completing work on the 2.6-kilometer section of the pipeline, which has been stalled by US threats. penalty.

“We have completed this work,” the consortium said in an emailed statement referring to the laying of a pipeline in the German economic zone.

Fortuna earlier this month resumed work on a pipeline, which will pump gas directly from Russia to western Europe, bypassing Ukraine. Work has been suspended for a year because of the risk of sanctions from the United States.

The pipeline, which is estimated to cost 9.5 billion euros ($ 11.6 billion), will make western Europe more dependent on Russian gas and Washington says it will jeopardize Europe’s energy security.

This has been a flashpoint in relations between Russia and the West, which have sunk to post-Cold War lows. The Kremlin called the sanctions “unfair competition”.

Fortuna intends to continue construction of the pipeline in Danish waters next month.

The consortium building the pipeline, led by Russian gas giant Gazprom with Western partners, is still laying more than 100 km of pipeline, even though more than 90% of the project has been completed.

A senior US administration official said Wednesday that Washington is urging European allies and private companies to halt work that could help build the pipeline and is preparing for broader sanctions on the project in the coming weeks.

Russian Deputy Prime Minister Alexander Novak said on Monday that Russia had to adjust to possible new US sanctions to complete the project.

The Kremlin said that new US sanctions targeting Nord Stream 2 could complicate the completion of the pipeline, but Moscow and European countries have an interest in building them.

It said the plan would lay a 2.6 kilometer (1.62 mile) section of each pipeline, adding that it would name a pipe laying vessel at a later date.

Spahn said that the COVID-19 pandemic was a “game changer”, suggesting that no country is adequately prepared. “We also welcome the recent progress on a study by WHO on the origins of the virus and call for full transparency and cooperation during all phases,” he added.

President Trump proposed the resettlement of 11,900 US troops from Germany in July. The transfer of some to other European countries, with others returning home generated a lot of criticism. Although Defense Secretary Mark Esper tried to put a strategic turn on the move, the president quickly undermined him. Later, government representatives went to Congress to file their cases and were blasphemed in the rare bipartisan show of policy deals. So, will this proposed troop movement actually be implemented? 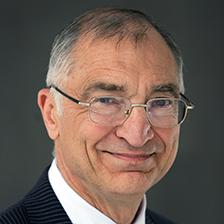 Esper attempted to provide a strategic rationale that the change was “completely in line with the National Defense Strategy.” They will “increase US and NATO deterrence against Russia, strengthen NATO, reassure allies, and increase US strategic flexibility in your calming operational flexibility.” National Security Adviser Robert O’Brien argued an opinion that the large foreign base was “obsolete” and that restructuring would make US deployments more “advanced and expeditionary”.

Unfortunately for Esper and O’Brien’s strategic reasons, the president told reporters at the White House that he had ordered a troop withdrawal because Berlin was “naughty” by not spending enough on defense. “We don’t want to be suckers anymore.” This has been a Trump theme since the 2016 campaign and is therefore not surprising, but it undermines Esper’s efforts to provide a strategic base for this troop movement.

The reaction to the White House proposal has always been negative. A series of critical comments emerged right after the announcement, describing the proposal as: “[harmful] for the national security and fiscal situation of the United States;“”zero strategic meaning;“And “Nothing to do with strategic thinking or analysis.” 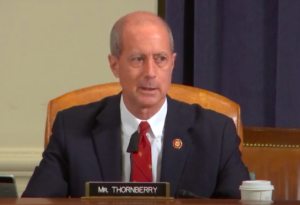 The DPR Armed Forces Committee hearing on reinstatement resulted in sharp bipartisan criticism. Pentagon representatives were unable to answer many questions about the specifications. Congressman Thornberry, a top Republican who retired after this election, was candid: “They clearly haven’t thought about the consequences … The people at the Pentagon are trying to put lipstick on pigs.” Democrats are even sharper.

While technically not part of this package, the Trump administration has considered other troop movements within NATO, such as moving troops to Eastern Europe and the Baltic countries. Poland is eager to deploy US troops locally, sometimes derided as “Fort Trump”. The Baltic countries have a rotating troop presence now and want to get something more permanent because they are facing Russia head-on. Romania and Bulgaria have also expressed interest. The United States is gradually improving infrastructure in Eastern Europe through the European Deterrence Initiative.

A key point in this debate, which has not been discussed much in public, is that re-deployment of military forces is prohibitively expensive. The US military was unlike the Roman legions, which could build temporary camps overnight and build permanent camps with their own resources within weeks. US military forces need permanent barracks, dining facilities, motor pools, headquarters buildings, gyms, protected perimeters and roads.

If the new facility includes dependents, as the case may be, then the base will need to have family housing, commissioners, stock exchange, schools, and child care centers. Even if the host country provided real estate, as they used to do, this facility could cost billions of dollars. Even though Secretary Esper says the costs will be in the billions of single digits, it may be optimistic. To provide one relevant example: moving 5,000 Marines from Okinawa to Guam (indeed a high-cost location) would cost $ 8.7 billion.

Taking these costs into account, let’s divide the proposed troop movements into three parts and examine each one: movement around Central Europe, movement to Eastern Europe, movement back to the United States.

The strategic reasons for movement around central Europe are weak. Moving headquarters from Germany to Belgium is not only costly but likely counterproductive. This puts all US headquarters in one country and holds them hostage to the changing political environment of that country. Older people may remember that following the 2003 invasion of Iraq, several Belgian legislators proposed that Bush administration officials be accused of war criminals for violating international law.. Belgium back then back then-Sec. Rumsfeld threatened to move US headquarters elsewhere.

Although Aviano, where Air Force units would go, is already a major US base and closer to hotspots in the Mediterranean, it is no closer to Russia. Esper added a feeble excuse that it was a little closer to the Black Sea, where several incidents had occurred, but that was not where the greatest danger lay.

Due to weak strategic reasons and high costs, Congress is unlikely to provide funding for this move. If Joe Biden is elected, his government will surely stop this plan.

The strategic reasons here are strong. The closest and most dangerous threat to NATO countries is to the East, especially the Baltic countries and Poland. Troops in Germany need to transit across multiple regions to reach any zone of possible conflict. Such a transit has become a logistical nightmare for NATO exercises and, even in times of war, may face many hurdles during situations when times are critical. So moving at least some force east made sense. This has been especially true since then Poland, for example, recently agreed to bear the costs.

Return to the United States

There is reason, though weak, that moving troops to the continental United States will bring them closer to the Pacific, which has a higher priority. However, the national defense strategy, and possibly the Biden administration strategy, focuses on Russia and China. Moving power away from Russia would not be consistent with such a dual focus.

Furthermore, the base in the United States that could accommodate the returning field units was largely full. While there may be odd buildings available, for the most part, a new set of facilities will need to be built. So, the move will cost billions.

The only way such a move would make sense would be to not move troops at all but disband the units as part of downsizing the Army and refocusing the defense budget on high-tech weapons. Many strategists have proposed such an approach. The Obama administration wants to cut the active duty Army to 450,000, about 37,000 below now. The Biden administration, and possibly a second Trump administration, might do the same.