BERLIN: That German FA (DFB) have confirmed that they are investigating Union Berlin defender Florian Huebner on allegations of racism made after Friday Bundesliga suitable at home for Bayer Leverkusen.
According to the DFB, “there are suspicions”, Huebner directed “racist insults” at Leverkusen midfielder Nadiem Amiri, whose parents are from Afghanistan, after the final whistle of the Union’s 1-0 victory.
Union has rejected accusations of racism.
However, in a post-match interview, Leverkusen defender Jonathan Tah said he heard the word “annoying Afghan” toward Germany international Amiri.
“As a first step, we will write to all involved and ask them to make a statement, then evaluate it,” the DFB said in a statement.
“Regardless of the outcome, the DFB does not tolerate racism or discrimination.
“This is an absolute prohibition for us and will be punished accordingly, if proven.”
According to Leverkusen, Amiri has received an apology from Huebner.
“He spoke to me in the dressing room after the match. The emotions on the pitch led to some unpleasant words, and he is very sorry,” Amiri said in a statement.
“That’s why the matter is now closed for me.”

The 17 year old player joined Bundesliga giants from Chelsea in 2019 and progressed rapidly through the club’s youth academy to make his senior debut at the end of last season.

The Germany-born England Under-21 international has made 16 appearances for Hansi Flick’s side this season, scoring three goals in the Bundesliga.

Musiala’s form has impressed Bayern Gnabry’s teammates and he hopes the youngster will choose Germany over England when he decides which national team to continue in his career.

“There’s no way we can give up that talent! I’m trying my best [to get him for Germany]. He’s a great player, great, “said Gnabry The Daily Mail.

“The first few times he appeared in training we knew he would be an extraordinary player.

“His talent is extraordinary. He is not shy of anything. He has plenty of time and I hope he will continue to develop, and use his talent for Germany rather than England – to my advantage!”

Bayern are looking to emulate their treble success last season. The Flick team currently sit at the top of Germany’s top flight and will be confident of progressing to the DFB Pokal when they face Holstein Kiel in their next game.

The German giants are also favorites to win Champions League round of 16 match against Lazio and it was the European trophy that Gnabry saw as a top priority.

“Obviously the Champions League, is all of Europe and something every child dreams of growing up,” he added.

“To bring it up, winning it is a feeling I don’t think you can describe to people because you were so happy and overwhelmed with emotions that you ended up achieving this.

He continued: “We have a team at the moment that is filled with so much talent, so much character, so much drive. Our aim is or will win as many Champions Leagues as we can, while we are at the top of it. Maybe we like it. Barcelona or Real Madrid, who won it three times in a row. We want to do the same.

“Hopefully in a few years [at the end of your career], knowing that you have made history is something no one can take away from you. And looking back at trophies and especially the memory that you have lifted trophies, won, seen the team, spent time with your friends, those are the things I want to remember when I finish my career. “

Schalke fans all smiled as their team ended up ending a 30-game winless run in Germany’s top-flight Bundesliga, after winning 4-0 against Hoffenheim at home on Saturday.

Schalke’s Matthew Hoppe recorded a hat-trick at the Veltins Arena to play a key role in the one-sided win.

Moroccan midfielder Amine Harit scored one goal towards the end of the match.

Schalke’s last win was 17 January 2020 when they beat Borussia Monchengladbach 2-0 at the Veltins Arena.

But the Gelsenkirchen club are still struggling not to be relegated from the Bundesliga.

After the 15th week win, Schalke increased their points to 7 to be in 17th place in the league standings.

Borussia Dortmund overthrew RB Leipzig 3-1 with a second-half goal in an away match.

The first half at Red Bull Arena went goalless.

Sancho once scored in the 55th minute.

Meanwhile Haaland scored goals in the 71st and 84th minutes to put Dortmund ahead until the 90th, when Leipzig forward of Norway Alexander Sorloth threw the ball into the visitors’ goal.

So Dortmund are on 28 points to secure fourth place in the Bundesliga.

Second-placed Leipzig now have 31 points to catch up with leaders Bayern Munich, who have so far collected 33 points.


Brexi it is now official but the UK’s best exports are still increasing their trade German.

Everyone knows Jadon Sancho at Borussia Dortmund and most knows Jude Bellingham, the 17-year-old who has joined him there since Birmingham City last summer and made their England debut last year.

But what about Bayern Munichthe British who broke the record? Or rather the player Gareth Southgate hopes will choose to play for England this year. 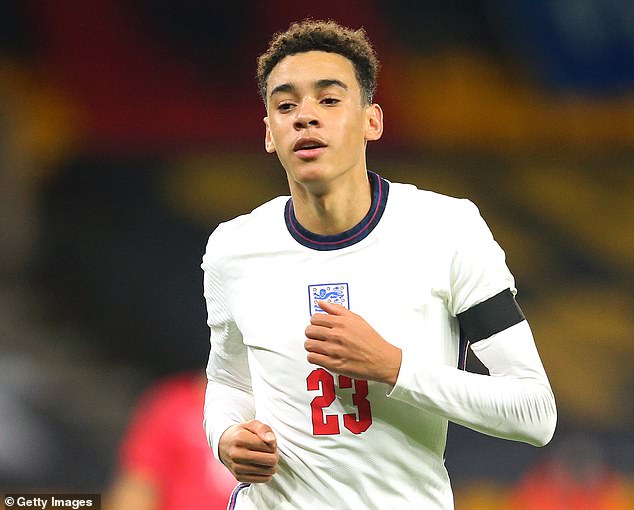 Jamal Musiala is only 18 until next month, but spent the last year blazing a trail in the Bundesliga for European champions.

An attacking midfielder and left winger, he became the youngest Bayern player in Bundesliga history when he came on against Freiburg last June and Bayern’s youngest goalscorer, aged 17 years 205 days, when he scored against Schalke in September.

Then he made his Champions League debut against Atletico Madrid in December. He now regularly comes off the bench for the European champions and scored their opener against RB Leipzig last month.

For a club that is conservative in raising young children, his composure and ability to adapt to elite football have taken many by surprise since his move to Germany from Chelsea at the age of 16 in 2019.

Born to a Nigerian father and a German mother in Stuttgart, he was originally raised in Fulda, central Germany, until his parents moved to Southampton when he was seven years old, when his mother, Carolin, was studying at university. 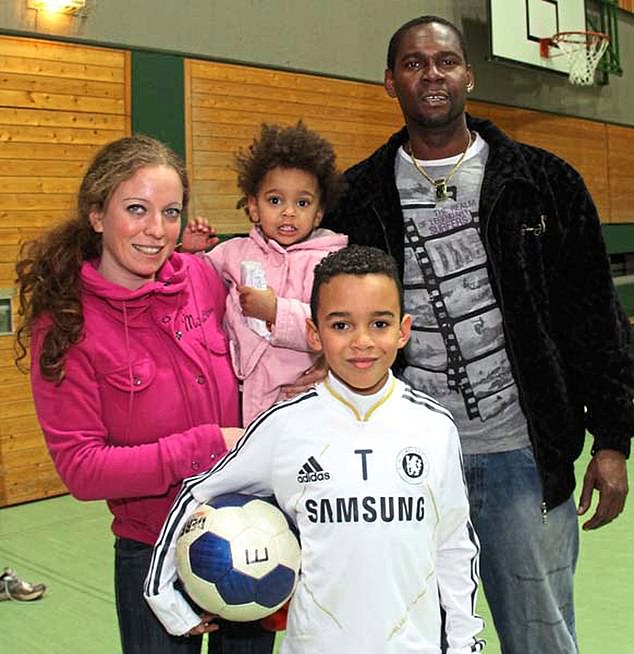 He played for the Saints academy, briefly returned to Germany before returning to London and at the age of eight joined the Chelsea academy where he grew up close to the family of fellow academy player Callum Hudson-Odoi, who is two years his senior.

He broke Hudson-Odoi’s goal scoring record at the Whitgift School in Croydon, an independent school which is also the alma mater of Victor Moses.

After eight years at Chelsea, he joined Bayern in 2019, moving to Munich with his mother, and his progress has since seen him queuing for a new contract when he was 18.

With only 18 months left on his contract, Musiala is likely to turn Manchester United and Liverpool in circles if Bayern can’t agree to terms.

Bayern will be wary of raising the financial expectations of a player who is still technically a child, but the truth is that Premier League clubs have no qualms about paying £ 100,000 a week to an 18-year-old they think is good. 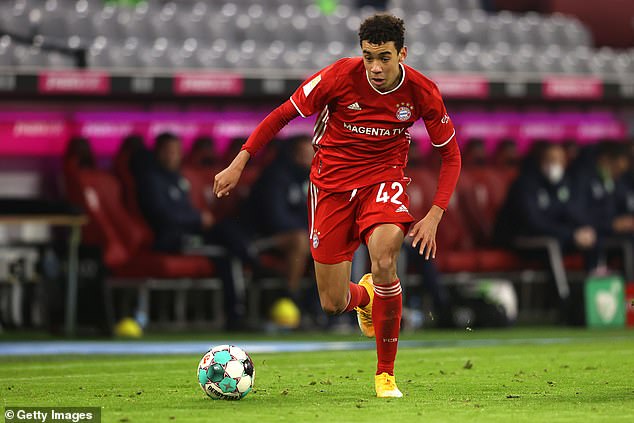 In all likelihood, a five-year deal that starts off relatively low but rises to over £ 200,000 a week if it progresses as expected will be a way of overcoming the current deadlock.

The other big issue he will have to negotiate this year is for which country he plays for. He had three options but basically it was a choice between England and Germany. He has a British passport but is eligible for Germany and Nigeria as well.

England are in the box seat, having persuaded him to join the U-21 team last November, when he scored in a 5-0 win over Albania.

Both Southgate and Joachim Loew, Germany’s manager, have made informal statements. 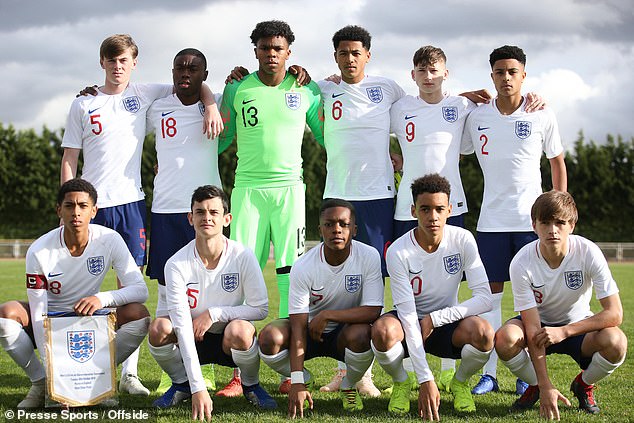 This helped England as Musiala was good friends with Bellingham and Hudson-Odoi, both of whom had been called up by Southgate and played for him as teenagers. And both speak well of the English setting.

Even so, he trained with Germany captains Manuel Neuer and Joshua Kimmich at Bayern and, with the club’s inevitable close relationship with the German FA, it is possible he could play for his native country.

Both managers said they would not limit the player to ensure he was tied up. It’s not fair when nobody can really project how a teenager can progress. 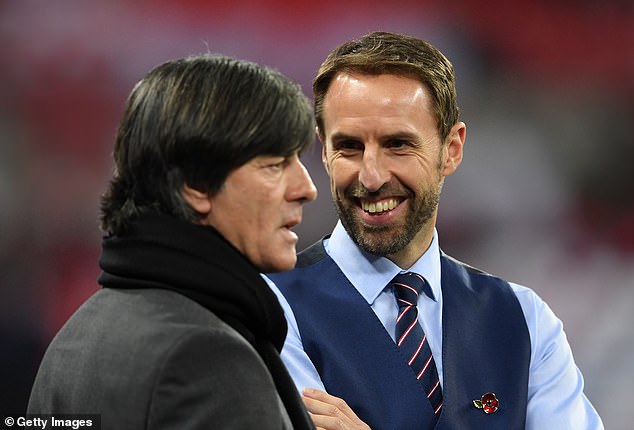 But it will be hard to resist the temptation to include him in the senior squad this spring when World Cup qualifiers come, even if he doesn’t play.

Not many 17 year olds have been able to beat him with European champions. Britain’s best hope is its familiarity with British culture. She is said to be more comfortable among her British friends, having grown up here.

But with each passing day in Germany, his confidence and assimilation with the country of his birth will grow.

What is certain is that we will be hearing more about the progress this year. Euro 2021 may come too soon for him, but if he chooses England he will likely be another exciting talent for the Southgate manager and his future successors to enjoy.

(Chelsea, on loan to Swansea)

The center-back has impressed so much at Swansea in the Championship that Chelsea are considering calling him back.

(Chelsea, on loan to Cercle Brugge)

Ten goals in 16 appearances in the Belgian top flight for struggling Cercle Brugge’s side have Premier League clubs interested.

Mesut Ozil’s ongoing story and Arsenal’s fall have been a window of opportunity for the impressive playmaker.

England’s strength at right-back may limit his options but 2021 could still be a big year for full-backs.

Schalke 04, one of Germany’s most popular football teams, is facing tough times in the top-flight Bundesliga, as the Gelsenkirchen club look to win 29 games in 2020.

This year has been full of challenges for the world due to the new coronavirus, and similarly, Schalke were unlucky from the start of the year after they picked up their first league win in 2020, which they don’t think will be their last.

Schalke beat Borussia Monchengladbach 2-0 in their Bundesliga match at home to the Veltins-Arena on January 17.

Things have been bad for Schalke this season as they were unable to end their poor form in the 2020-21 Bundesliga campaign.

The club have slipped to the bottom of the league standings with 4 points in 13 games. They lost 9 of the 13 games they have played this season and drawn four.

Schalke’s goal statistics are also poor, scoring only 8 goals, but conceding 36 in the Bundesliga.

On the first matchday, reigning champions Bayern Munich beat Schalke 8-0 at the Allianz Arena because the Gelsenkirchen club did not start the season well.

Schalke lost against the top five clubs this season in the league: 8-0 vs Bayern Munich, 4-0 vs RB Leipzig, 3-0 vs Borussia Dortmund, 2-0 vs Wolfsburg, and 3-0 vs Bayer Leverkusen.

Bayern Munich leads the league with 30 points in 13 games. Bayer Leverkusen are chasing them in second place with 28 points. RB Leipzig also has 28 points.

Wolfsburg are in fourth place with 24 points and arch rivals Schalke Borussia Dortmund are in fifth. They have bagged 22 points so far.

In the next match on Saturday, Schalke will visit Hertha Berlin. The Royal Blues are looking to put an end to their nearly one-year winless streak in the league.

The club hires a new manager to turn things around

Gross will manage the senior team until the end of the season.

The 66-year-old will take the lead after David Wagner, Manuel Baum and interim manager Huub Stevens.

Wagner, Baum and Stevens each parted ways with Schalke in 2020.