In the midst of poor management at the opening ceremony of PSL 5 held at the Karachi National Stadium last night, some performances were also interrupted at the last minute and that also without informing the artists, which left them in a state of confusion on the stage.

The parts of Ali Azmat and Haroon Rashid in the interpretation of the tournament anthem Tayyar Hain, which also featured Asim Azhar and Arif Lohar, were cut, leaving the singers extremely angry over this act of management.

Both Azmat and Haroon mocked the behind-the-scenes management in front of the audience and some members of the audience even recorded the fight between the singers and the organizers. Later, when the situation was resolved, their phones were confiscated.

Livid Azmat also criticized the performance in a television interview immediately after.

Azmat said management should inform artists in advance if they are cutting any performance at the last minute.

HYDERABAD: A deputy police superintendent (DSP) in Sindh had to pay a heavy price for holding a luxurious wedding reception for his son, ARY News reported Thursday.

Additional Inspector General (AIG) Sindh also attended the reception at the invitation of the DSP.

The DSP received a statement of declaration of assets from the AIG after attending the event.

The AIG has claimed that a DSP rank police officer earns 1.5 lac per month in salary, the reception was too expensive for a government employee.

The notice has asked the DSP in question to present details of its assets within seven days of receipt.

The notification also states that in case of non-compliance by the party, the matter will be sent to the National Responsibility Office (NAB) for a thorough investigation.

KARACHI: The fifth edition of the Pakistan Super League (PSL) began with an inaugural ceremony at the Karachi National Stadium.

A large number of people attend the opening ceremony of Pakistan’s Twenty20 league itself, since this year, for the first time, the full edition will be played in the country.

The first league game will be played between defending champions Quetta Gladiators and Islamabad United after the ceremony. The game will start at 9:00 p.m.

In total 34 games will be played between six franchises.

The first league game will be played between defending champions Quetta Gladiators and Islamabad United after a fascinating opening ceremony. The game will start at 9:00 p.m.

In total 34 games will be played between six franchises. The next PSL 5 calendar will take place from February 20 to March 22.

Karachi will host nine games of the PSL-5 edition. All matches will be played at the National Stadium from February 20 to 23 and from March 12 to 17.

350 artists will perform at the PSL opening ceremony

Up to 350 artists will perform at the opening ceremony of the fifth edition of the Pakistan Super League. World-renowned artists such as Abrar-ul-Haq, Aima Baig, Fareed Ayaz, Rahat Fateh Ali Khan, Sajjad Ali, Sanam Marvi and the rock band Soch will beautify the ceremony with their impressive performances. 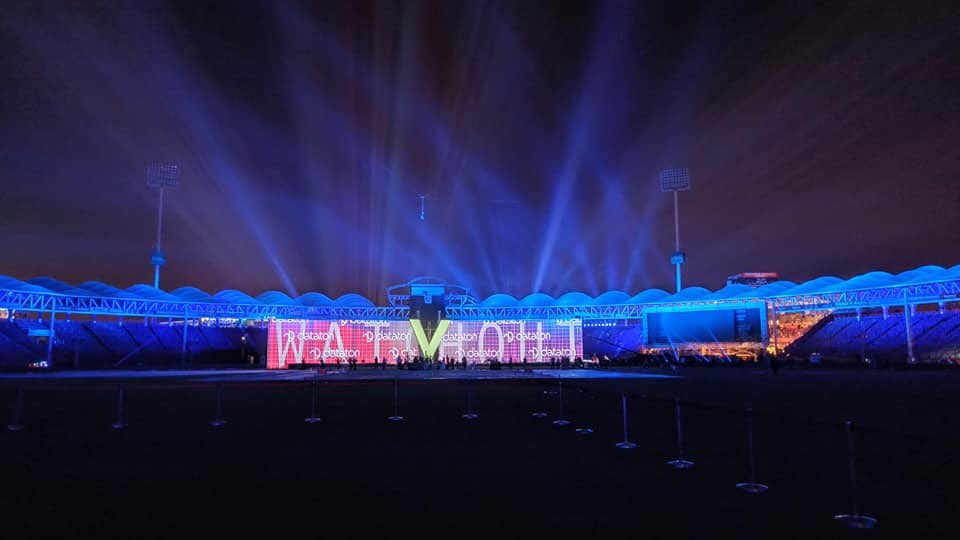 Speaking with ARY NEWS, the Deputy Inspector General (DIG) of Operations Maqsood Memon said they had prepared a deployment plan for the safety of the teams participating in PSL matches. 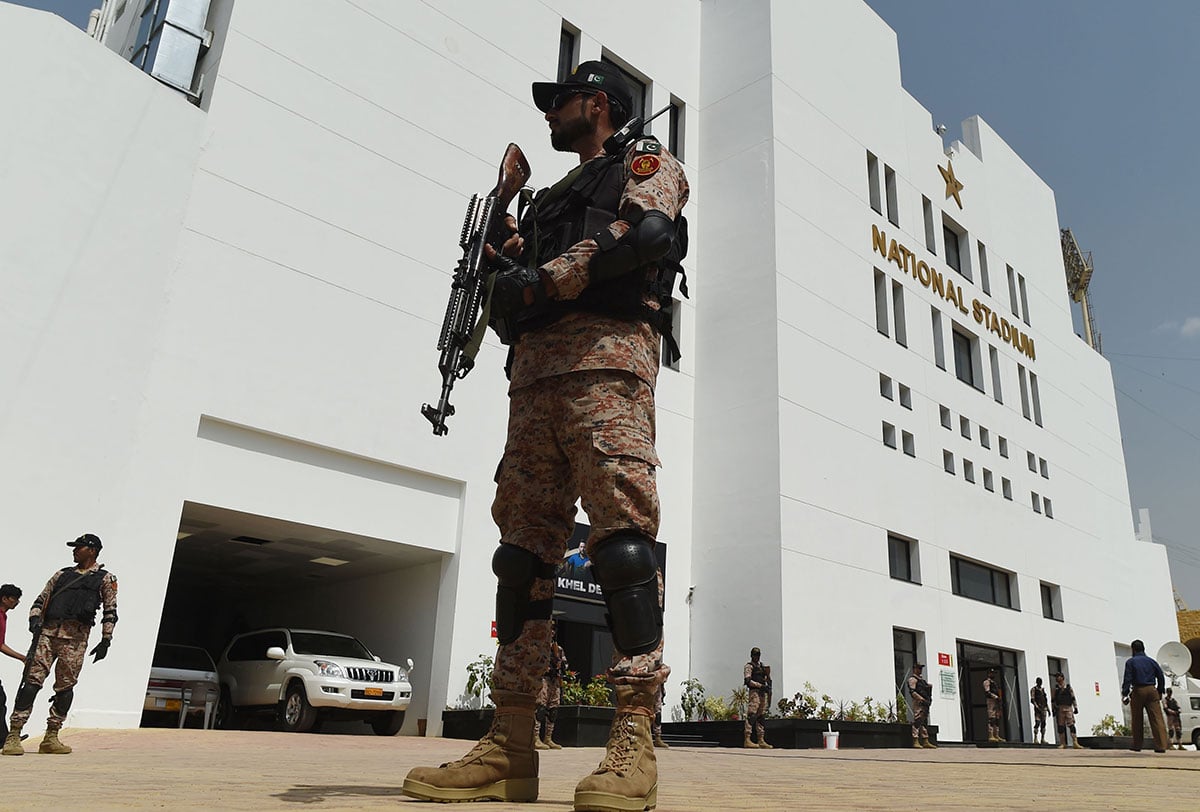 “A total of 10,000 police and Karachi reserve personnel will be deployed during the matches,” he said and added that they informed the Sindh chief secretary of the entire security plan.

The Karachi police department has published its traffic management plan for Karachiites during the Pakistan Super League (PSL) 5 matches.

The local administration has finalized arrangements to establish parking areas for citizens who possess PSL tickets and original national identity cards. The parking places are given below:

Land of the Federal Urdu University:

Residents of the central and western districts of Karachi are recommended to park their vehicles, cars and motorcycles, on the campus of the university located on the left side of the Hassan Square area after traveling through the assigned routes: Nipa and Liaquatabad Number 10. Bus services will be provided to citizens to bring them closer to the Expo Center.

Another parking area is established for people coming from the Eastern and Malir districts through Drigh Road and Rashid Minhas Road who can park their cars and motorcycles on the soccer field mentioned above. Citizens can travel to the University of Bahria near NSK via shuttle buses.

The residents of the South, Central and West districts; The city of Korangi is recommended to travel through Shahrea Faisal, Shahrah-e-Quaideen, Allah Wali Chawrangi, Sign of the society to PP Chawrangi, Nazimabad, Liaquatabad Number 10 towards Hassan Square of University Road to park vehicles inside Expo Center Gate 1. After a quick check, citizens can enter NSK from gate number 2.

The overflight will be closed to the general public from Liqauatabad, which will be diverted to University Road.

The roads connecting University Road to the intersection of New Town to NSK will be closed to the general public, which will deviate from Jail Chawrangi to Shaheed-e-Millat Road or PP Chawrangi. Residents living in adjacent areas of Aga Khan Hospital and Liaquat National Hospital are recommended to travel to the New Town police station from where traffic police officers will be deployed to guide them to the diversion points.

The traffic police department has also asked citizens to contact their 1915 helpline or social media platforms to register their complaints.

The ceremony was also attended by veterans of the 1st WFP Long Course where the Army Chief paid a rich tribute to the role of former military officers.

During the ceremony, COAS Bajwa said the Pakistani army has established an Army Military History Institute to preserve historical events. The young military officers could draw guidance advice from historical events preserved at the institute, the army chief added.

According to ISPR, the first long PMA course had begun in January 1948 and 62 military officers, including Major Martyr Aziz Bhatti (Nishan-e-Haider), commissioned in the army on February 4, 1950.

2020 Oscar ceremony will recognize the death of Kobe Bryant. The Los Angeles Lakers legend was one of nine people who died in a helicopter crash on Sunday, January 26. Following the tragedy, people have spent some time reflecting on Bryant’s legacy and the impact it had on the NBA. Everyone from Bryant’s famous fans and friends to NBA 2K20 The players have paid their respects, offering their tributes while mourning the lives lost in the accident.

After his retirement at the end of the 2015-16 NBA season, Bryant sought the transition to a career in the media. Perhaps his most notable achievement in that field is to win an Oscar for his animated short film, Dear basketball (based on a poem he wrote). Of course, Bryant is best known for his 20-year NBA career with the Lakers, but he certainly also left a mark in the entertainment industry. And in the next Oscars, there will be an opportunity to remember Bryant.

Related: Star Wars: Kobe Bryant was the inspiration for a character in The Clone Wars

According to THR, the 92nd Academy Awards will recognize Bryant’s death in some way. The Oscars will be the second entertainment awards show in honor of Bryant; The Grammys, which took place at the Staples Center (where the Lakers play their home games) on Sunday, presented multiple tributes from the different artists.

What is unknown at this time is whether Bryant will only be included in the In Memoriam segment or if there is something more planned. His death affected basketball fans around the world, but possibly he hit Los Angeles (where the Oscars are held) the toughest. Bryant was an icon in the city, and in some ways he was a bigger star than the Hollywood A-listers making the films that the Oscars recognize. It would not be surprising if the Academy produced a special package, remembering what Bryant meant to Los Angeles. What happens, obviously, will be at the behest of the producers as they discover the best course of action. The Oscars are not until February 9, so they have time to discuss their options.

Since the Oscars won’t have a host for the second year in a row (which means there won’t be an opening monologue), maybe the night could start with a tribute to Bryant before the first prizes are awarded. Even if there is nothing bigger planned, it would be appropriate to make Bryant a part of In Memoriam, considering his connection to the Academy. He is the first professional athlete to be nominated and win a Oscar, so he made history at the ceremony just a couple of years ago.

Chris Agar is a news editor for Screen Rant, also writes articles and movie reviews for the site as one of the approved critics of Screen Rant’s Rotten Tomatoes. He graduated from the Bachelor of Media Arts and Master of Sports Leadership programs at Wesley College. In 2013, Chris was hired to write weekly box office predictions in conjunction with the Box Office Battle game of the Screen Rant Underground podcast and his role expanded over the next few years. In addition to covering the latest news and hottest topics about movies on a daily basis, Chris has attended numerous media events for Screen Rant, including the San Diego Comic-Con, delivering content that his readers are interested in. He attributes to Star Wars and Toy Story the launch of a lifelong fascination with movies that led to his career, and now he has a wide range of cinematic tastes, enjoying the latest Hollywood blockbusters, Oscar contenders and all the rest. Chris’s favorite film genres include science fiction / fantasy, crime, action and drama.