A local legislator in Pakistan welcomed on Saturday a recent decision by Turkey to turn the Istanbul icon Hagia Sophia into a mosque after serving decades as a museum.

“We praise President Recep Tayyip Erdogan for his courageous decision on the status of the Hagia Sophia Mosque. This is not only in accordance with the wishes of the people of Turkey but also the entire Muslim world,” Chaudhry Pervaiz Elahi, the country speaker said. assembly of the largest Punjab province in Pakistan.

Elahi, a member of the Pakistan Muslim League (Quaid-I-Azam) who is a coalition partner of Pakistani Prime Minister Imran Khan, underlined in a statement that the Hagia Sophia Mosque is part of the same cultural heritage throughout the Muslim world, according to local broadcaster ARY News.

On Friday, a Turkish court overturned a 1934 cabinet decree which turned the Hagia Sophia into a museum.

Court steps open the way for reuse as a mosque after 85 years.

The court ruled that architectural gems were owned by a foundation founded by Sultan Mehmet II, conqueror of Istanbul, and presented to the public as a mosque – a status that cannot be changed legally.

Hagia Sophia was used as a church for centuries under the rule of the Byzantine Empire. It turned into a mosque after the conquest of Istanbul in 1453. But in 1935, the cabinet decision had turned the Hagia Sophia into a museum.


Karachi: Just about one week after Hindus held a groundbreaking ceremony for the construction of a temple in Islamabad on June 25, the site was spotted by a mob, apparently from a fanatical faction of the majority community.

On July 3, a mob stole about one ton of iron that had been placed on site for the construction of the Shri Krishna Temple. That To do azaan (Islamic call to prayer) on the site and uploading the site’s desecration videos on social media. Although the police are mobilized to stop the destruction, they cannot do it.

On the 7th of July Islamabad High Court refused three opposing petitions up and down in question, each of them argues that there are no provisions for the construction of a temple in the city master plan.

And on July 2, the Chairperson of the Punjab Assembly Chaudhry Pervaiz Elahi has opposed the building of a new Hindu temple in Pakistan. “Pakistan was created in the name of Islam. The construction of a new Hindu temple in its capital not only opposes the spirit of Islam but also insults against it Riayasat-e-Madina (Islamic welfare state), “he said. Elahi is a member of the Pakistan Muslim League (Quaid), an ally of the Imran Khan government in Pakistan.

There is no place to worship

The temple in question has a history of frustration and confusion even before the groundbreaking ceremony on June 25. The 3,000 documented Hindus in Islamabad have long wanted a functional place of worship, said Lal Chand Malhi, member of the National Assembly from Pakistan’s Tehreek-e-Insaaf Party (PTI).

There are two pre-partition era mandirs in the capital city of Pakistan, Malhi said, but one of them is now a heritage site and is no longer a place of worship, while the other is considered a security risk and has been closed for years.

Supporters of Imran Khan, chairman of Pakistan’s political party Tehreek-e-Insaf, celebrated near his residence in Bani Gala during the general election, in Islamabad, Pakistan on July 25, 2018. Photo: Reuters / Athit Perawongmetha

According to the Evacuee Trust Property Board from the Pakistani government, there are around 1,300 temples in the country, 30 of which are functional.

“No one can imagine that Hindus do not have a temple or a small plot of land for cremation in the Pakistani capital,” Malhi said. Wire. “Where can they cremate their dead bodies? Where can they do their rituals? “

In 2014, according to Malhi, Ashok Kumar, who was then a member of Islamabad Hindu Panchayat (IHP), took the initiative and requested land for a temple in the capital city of Pakistan, stating that Hindus in Islamabad had to go all the way to Sindh to go . cremating their dead bodies and performing funeral rites.

In 2017, after three years of arguing and being discouraged, the IHP finally got permission for a temple. According to Malhi, the site for the temple was originally intended for the Buddhist community. Then it takes three years for Hindus to fulfill all legal requirements to have. Finally, in 2020, Hindus claim the land.

At that time, the ruling party in Pakistan was reported to have allocated 10 PKR crores for this temple. However, later, the government stated that no budget allocations were made for it.

“I don’t understand why people oppose God’s house. The homes of all Gods must be respected equally, “said Ravi Dawani, Pakistani Hindu secretary general Panchayat, after the desecration of the temple site on July 3.

“Hindus are now afraid and wonder why some people have problems with us doing religious activities in four walls,” said someone who prefers to remain anonymous. “Moreover, the government does not allocate any amount to mandir. Hindus pay for construction. ”

After Elahi’s statement, the religious leaders began to oppose the construction of temples. Fearing religious tensions, Hindus say they will obey every decision made by the state.

Malhi tells Wire that he had asked Prime Minister Imran Khan about providing financial support for the temple. He added that plans for the temple had been submitted to the prime minister for his approval. Now the Islamic Ideology Council has been tasked with examining the problem of the mandir.

Which came first: religion or country?

Meanwhile, the debate about building a new temple in Islamabad continues. In a statement on the video, religious scholar Javed Ahmed Ghamidi said that the Pakistani government must assist in the construction of the temple. He argues that because the state supports the construction of mosques, the state must also support places of worship of other religions because all Pakistanis pay taxes and carry out their duties by the state.

Others, including Malhi, argued that because the state donated funds to the Kartarpur Corridor which allowed Sikhs from India to worship at Gurudwaras in Pakistan, there should be no problem with the state funding the construction of a temple. 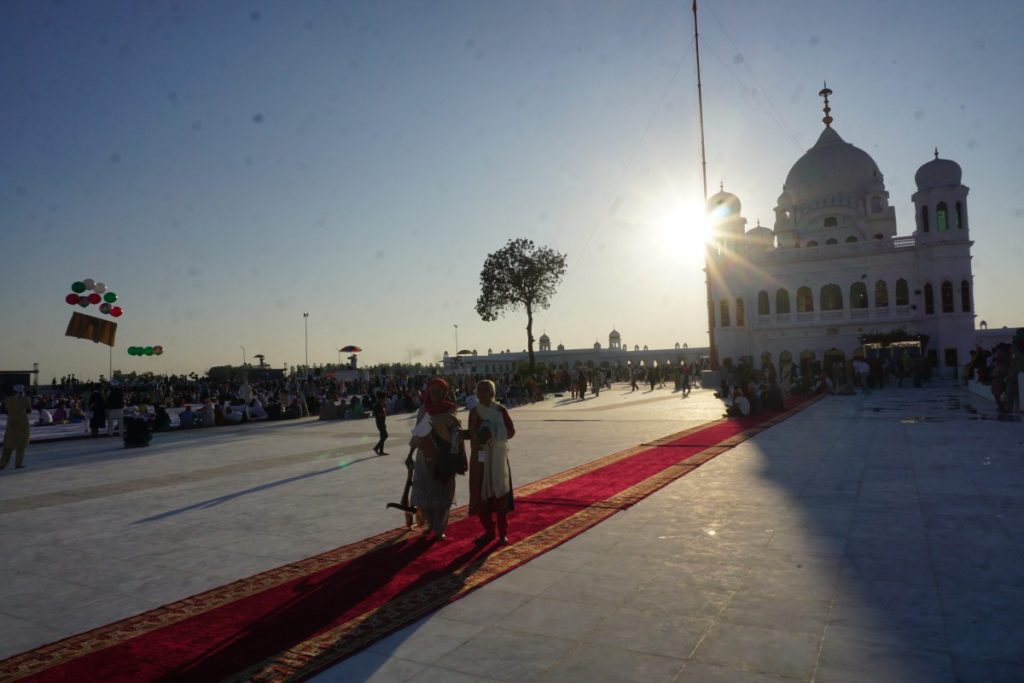 Gurudwara Darbar Sahib in Kartarpur, with the sunset behind him. Photo: Shome Basu

Senator Mustafa Nawaz Khokhar of the Pakistan People’s Party, who chairs the Senate Committee for Human Rights, said Wire: “Hindus are citizens of Pakistan and have the right to build a temple. I wonder why they need permission. ”

Khokhar said the government letter to the Islamic Ideology Council was illegal and unconstitutional. The ruling party did not consult with lawmakers before asking CII for advice, he said, referring Article 229 of the constitution which states: “The president or governor of a province can, or if two-fifths of his total membership requires, a house or provincial assembly will, refer to the Islamic Council for advice on any question whether a proposed law is disgusting or disgusting against Islamic Orders. “

Malhi, on the other hand, said the government did have the right to a CII consulate and that his team would consult with lawmakers.

“The Human Rights Committee will definitely discuss this issue and we will support the construction of a temple in the capital,” Khokhar said.

“If the government does not provide funding for the temple, Hindus will contribute to the cost of its construction,” Malhi said.