A class action suit proposed in the US has accused Google of violating federal wiretapping laws by tracking users’ online activities while in Incognito mode.

Based on Reuters, a class suit argues that by secretly collecting information about what people see online and where they browse when they use Chrome’s private browsing mode, Google has deliberately deceived customers into believing that they have control over the information they share with company.

According to a complaint filed in federal court in San Jose, California, Google collects data through Google Analytics, Google Ad Manager and other website plug-ins, including smartphone applications, regardless of whether the user clicks on an ad supported by Google.

This helps Google learn about users’ friends, hobbies, favorite foods, shopping habits, and even the “most intimate and potentially embarrassing things” they are looking for online, the complaint said.

Google “cannot continue to be involved in collecting confidential and unauthorized data from almost every American by computer or telephone,” the complaint said.

Google said it would defend itself “passionately” against the claim.

“Incognito mode in Chrome gives you the option to surf the internet without your activities being saved to your browser or device,” said Google spokesman Jose Castaneda. “As we clearly stated each time you open a new incognito tab, the website might be able to gather information about your browsing activities.”

Three plaintiffs argue that the lawsuit is likely to include “millions” of Google users who since June 1, 2016 surfed the internet using Incognito mode. The proposed class action therefore seeks $ 5,000 in damage per user for violations of federal wiretapping and California privacy laws, totaling at least $ 5 billion.

This step is done in response to a swarm of sites and advertisements first considered in 2017 who secretly use a visitor’s computer to mine bitcoin and other cryptocurrency. When a site or ad displays content, the embedded code performs intensive resource calculations and deposits the mined currency in the developer-defined wallet. To hide fraud, this code is often very obscured. The only signs that something is wrong is a rotating fan, a drained battery, and for those who are watching, an increase in network resource consumption.

In a The post was published on Thursday, Chrome Project Manager Marshall Vale said that while the percentage of crude advertisements is very low – somewhere around 0.3 percent – they are responsible for 28 percent of CPU usage and 27 percent of network data.

“We recently discovered that a small percentage of advertisements use disproportionate device resources, such as batteries and network data, without the user knowing,” Vale wrote. “These advertisements (such as those that mine cryptocurrency, are poorly programmed, or not optimized for network use) can deplete battery life, saturate tense networks, and cost money.”

To limit practices, Chrome limits the resources that display ads can use before users interact with them. If the limit is reached, the ad frame will navigate to an error page telling the user that too much resources are being used.

To arrive at the ad deactivation threshold, Chrome developers measure a large sample of ads that Chrome users encounter. Ads that use more CPU resources or network data than 99.9 percent of all ads will be blocked. That means 4 megabytes of network data or 15 seconds of CPU usage in a period of 30 seconds or 60 seconds of total CPU usage.

Chrome developers plan to experiment with limits over the next few months and add them to a stable browser version at the end of August. The purpose of the delayed launch is to give ad makers and providers the time to put limits on their coding. Chrome users who want to activate the feature faster can activate the flag in chrome: // flags / # enable-heavy-ad-intervention.

Firefox last year added a mechanism to block cryptojacking. It works by blocking known cryptojacking domains. This protection is useful, but the whack-a-mole approach is problematic because the domain is trivial to change. Some antivirus providers have provided a means for users to get rid of advertisements involved in so-called cryptojacking or similar types of abuse. Now, Chrome users have the original way to do the same thing.


Google Chrome has released a new update related to annoying ads that suck too much of your battery or data. Starting in the next few months, Google will experiment with blocking all online advertisements that are resource intensive or cause too much CPU usage of the device. The search engine will provide up to August for ad makers to improve their ads to provide leeway during operations.

(Photo: Markus Winkler on Unsplash)
Google Chrome Stops Ads That Drain Your Battery and Data Without You Know

Have you ever experienced a website that had endless advertisements popping up? Google Chrome has now found a problem and wants to reduce all ads that consume data before it reaches the audience.

Based on Google Blog, many advertisements found on different websites lead to “disproportionate sharing of device resources, such as battery and network data, without the user knowing.”

This is where Google Chrome wants to end the problem. As part of the ‘Better Ad Standard’ launched by the Coalition for Better Ads group, the company will soon try to block advertisements that could jeopardize the user’s data consumption and battery life.

Generally, these ads are mining cryptocurrency illegally, poorly programmed or created with the use of networks that are not optimized. This is the main reason why most user devices receive too much data or quickly lose battery life, even just by browsing online.

“To save our users’ battery and data packages, and provide them with a good experience on the web, Chrome will limit the resources that can be used by display ads before users interact with advertisements,” written in the blog. “When the ad reaches its limit, the ad frame will navigate to the error page, informing the user that the ad has used too many resources.”

How do they measure if an ad has too much data consumption? 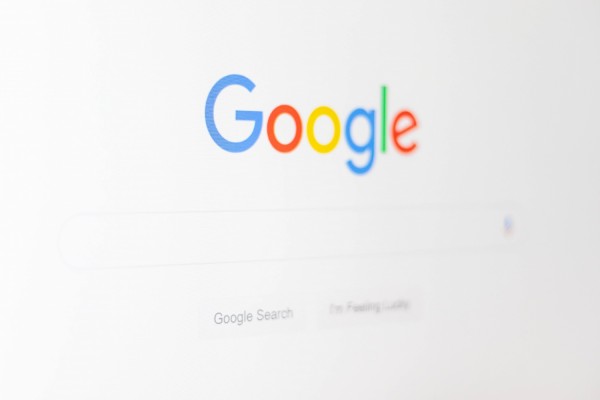 (Photo: Photo by Christian Wiediger on Unsplash)
Google Chrome Stops Ads That Drain Your Battery and Data Without You Know

As explained, before August arrives, all ad makers still have a few months before Google starts blocking ads.

“Chrome sets a threshold for 4MB of network data or 15 seconds of CPU usage in a 30 second period, or 60 seconds of total CPU usage. While only 0.3% of advertisements exceed this threshold today, they account for 27% of network data used by advertising and 28% of all ad CPU usage, “explained Google. 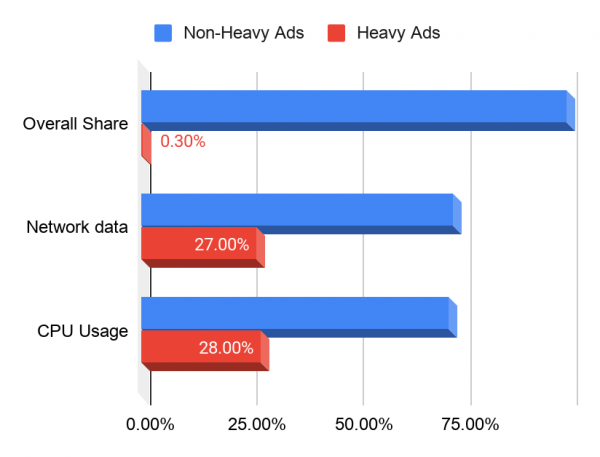 (Photo: Google Chrome)
Google Chrome Blocks Ads That Drain Your Battery and Data Without You Know

After the ad does not follow the exact guidelines of Google measurements, the ad frame will be redirected to the error page to notify the user that the ad previously used too much battery or data on the device. For now, Google will still have a ‘hands off’ on battery-sucking ads out there. But when August ends, Chrome tries to make this feature more stable on all websites.

READ ALSO: Google Chrome Brings Duo to the Web as an Alternative to Zoom and Skype


Chrome plans to start blocking heavy resource ads that drain a lot of battery in August, Google announced today Chromium Blog (through VentureBeat). Chrome will block ads that mine cryptocurrency, are poorly programmed, or are not optimized for network use.

We recently discovered that a small portion of advertisements consume disproportionate portions of device resources, such as batteries and network data, without the user knowing. These advertisements (such as those that mine cryptocurrency, are poorly programmed, or not optimized for network use) can use up battery life, saturate tense networks, and cost money.

To save user batteries and data plans, and provide them with a good experience on the web, Chrome will limit the resources that can be used by display ads before users interact with advertisements. When the ad reaches its limit, the ad frame will navigate to the error page, informing the user that the ad has used too many resources.

Chrome plans to limit the resources that the ad can use before the user interacts with the ad, and when that limit is reached, the ad frame will be redirected to an error page to inform the user that the ad has consumed too much resources.

Google said that they widely measure ads in Chrome, targeting the most “horrible” ads that use more CPU or bandwidth than 99.9 percent of all ads detected for that resource.

Google will experiment with changes for the next few months with a view to releasing features on Chrome stable at the end of August.

Apple has hired several well-known software engineers with cloud computing expertise in recent months, according to a report from the Protocols technology site.
The range of employees employed by Apple has created “uproar” in the “tight cloud community”, and is a sign that Apple might plan to build a serious cloud infrastructure to compete with Amazon, Microsoft, and Google.
The employees …