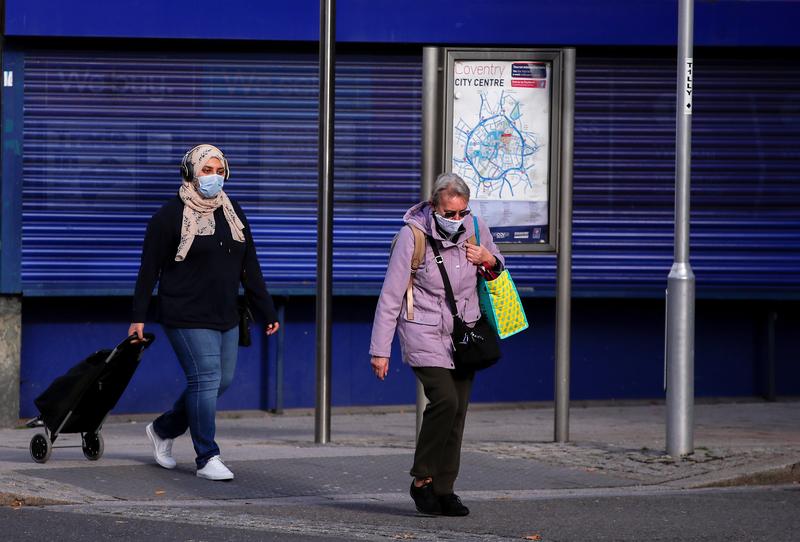 LONDON (Reuters) – Britain has recorded 24,701 new cases of COVID-19 and 310 deaths in the 28 days after testing positive, government data showed on Wednesday.

The daily number of cases compared with 22,885 positive cases and 367 deaths recorded as of Tuesday.

Brazil has recorded more than 5.4 million cases of the virus since the pandemic began, while the official death toll has risen to 157,397 according to ministry data.

Brazil has recorded more than 5.4 million cases of the virus since the pandemic began, while the official death toll has risen to 157,397 according to ministry data.


BERLIN (Reuters) – Germany has issued travel warnings for popular ski areas in Austria, Italy and Switzerland, struggling to contain the spread of the coronavirus as the number of new infections climbs above 10,000 a day for the first time.

While the infection rates in Germany are lower than in much of Europe, they are steadily increasing, with a daily increase of 11,287 cases bringing the total to 392,049. The German death toll stood at 9,905.

“We still have a chance to slow the spread of the pandemic,” he said. But he said people should stick to the rules and that Germany must prepare for an uncontrolled spread of the virus.

On Wednesday, German Health Minister Jens Spahn became the latest leading politician to test positive for the virus. His spokesman said he had cold symptoms but had no fever. Government sources said he was fit for work.

Berlin issued new travel warnings for Switzerland, Ireland, Poland, much of Austria and parts of Italy including the popular South Tyrol ski area.

The UK, with the exception of the Channel Islands, Isle of Man and overseas territories, is also seen as a high risk region.

Under the warning, which takes effect from Saturday, travelers returning to Germany must be quarantined for 10 days. Quarantine can be lifted early, if tests carried out after five days turn out to be negative.

The surge in Germany also prompted the Danish government to warn its citizens against traveling to and from Germany, except for the border state of Schleswig Holstein.

Germany’s move could have a significant impact on ski seasons in the Alpine countries. Especially Austria, which reported a record 2,435 new daily infections on Thursday, is a popular destination for Germans.

Swiss Tourism spokesman Markus Berger said the news from Germany was definitely not good. The industry hopes that the situation will improve in the next month or two.

“We assume that winter can continue,” he said.

However, there is positive news for Spain’s Canary Islands as the RKI removed them from its risk list, raising hopes for German tourists over Christmas and New Year.


AMSTERDAM (Reuters) – The Dutch hospital system is increasingly under pressure from coronavirus reception as daily cases hit a record high, and is expected to start transferring some patients to Germany within two days, the hospital association said on Thursday.

Nearly half of the country’s intensive care beds are occupied by COVID-19 patients, said the head of the LNAZ association Ernst Kuipers.

“And we certainly haven’t seen the end yet,” he told reporters. “The number of hospitals will continue to increase at least until the end of this month.”

The daily number of infections stood at 9,271 as of Thursday, the National Institute for Public Health (RIVM) said.

The government imposed a partial lockdown measure to contain the spread on October 14, including the closure of all bars and restaurants in the country.