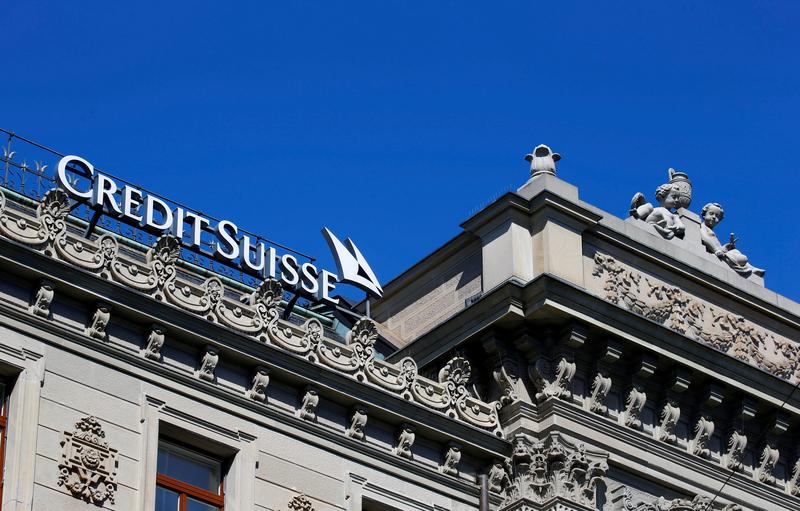 Alongside formal discussions at a technical level between the bank and FINMA, chief supervisor Mark Branson privately discussed the risks with Credit Suisse Chairman Urs Rohner and Chief Executive Thomas Gottstein who walked out during a meeting on an undetermined date, the newspaper reported, citing information in his possession. . obtained.

Switzerland’s second largest bank has staggered from its exposure to the collapse first of Greensill Capital and then Archegos Capital Management within a month.

Credit Suisse’s asset management unit was forced last month to close $ 10 billion in supply chain financial funds invested in bonds issued by Greensill after the British company lost credit insurance coverage shortly before filing for bankruptcy. The bank has suspended the fund manager and replaced the head of its asset management unit.

The massive loss to US investment fund Archegos this month also prompted Credit Suisse to replace its head of investment and compliance and risk banking after saying it would book first-quarter expenses of $ 4.7 billion from its exposure to affected companies.


ROME (Reuters) – The virus-hit Italian economy is forecast to grow 4.1% this year and 4.2% in 2022 in an “uncertain ascent from a deep abyss”, the country’s business lobby Confindustria said on Saturday.

Italy’s economy shrank to a post-war record of 8.9% last year, and Confindustria said even forecasts for “historically high” growth would not offset last year’s losses.

“By the end of 2022, the economy can hardly bridge the gap opened in 2020 by the pandemic,” said Confindustria while announcing its latest economic forecasts.

The national business association warned, however, that its forecasts are based on expectations for advancement of vaccinations in Italy and across Europe, and are dependent on the coronavirus being “contained in an efficient manner”.

“Given (this) large uncertainty, the risks associated with GDP (gross domestic product) forecasts are high, both on the upside and the downside,” the report added.

The group said it had cut its initial growth forecast for Italy, published in October, by 0.7 percentage points for this year due to weaker-than-expected growth in the last quarter of 2020 and the first three months of 2021.

It said it saw Italy’s deficit at 7.8% of GDP this year and at 4.8% in 2022. The increase in government spending to support the economy pushed the country’s deficit to 9.5% of GDP at the end of last year.

Italy has recorded more than 113,000 deaths from COVID-19 since the outbreak first emerged in February last year, the world’s seventh highest.

Mario Draghi’s government expects GDP to increase by 4.1% this year and 4.3% in 2022, three sources close to the matter told Reuters in March.

The official Rome estimate, made by the previous government in January, predicts a deficit-to-GDP ratio of 8.8% this year, based on an economic growth forecast of 6%.

New deficit and debt targets, along with multi-year GDP growth forecasts, to be published in the Treasury’s Economic and Financial Document, are expected to be approved next week.

The European Commission, International Monetary Fund and Bank of Italy are currently seeing Italy’s growth below 4% this year and next.

SAO PAULO, April 9 (Reuters) – Brazilian President Jair Bolsonaro on Friday denounced a Senate pending investigation into its handling of the record-breaking COVID-19 outbreak, which global health officials have compared to a “raging hell”.

Supreme Court Judge Luis Roberto Barroso ruled late Thursday that enough senators had signed up to the proposed investigation into the government’s pandemic response to launch an inquiry despite being stalled by the Senate leadership.

“This is a stitch between Barroso and the left in the Senate to weaken the government,” Bolsonaro told supporters outside his residence, accusing the judge of “politics.”

The Senate investigation represents the most severe political consequence to date for Bolsonaro’s approach to the coronavirus, which he compared to last year’s “mild flu” because he ignored health experts calling for masks and social distancing.

Bolsonaro has supported his criticism of the COVID-19 vaccine, but he has continued to attack governors who are trying to impose lockdowns and even lighter measures, accusing them of killing more with those restrictions than the virus itself.

COVID-19 has claimed more than 345,000 lives in Brazil, second only to the United States. One in four deaths from this week’s pandemic occurred in Brazil, where a brutal wave has swept through hospitals and recorded more than 4,000 deaths per day.

“What you have here is a raging epidemic,” said Bruce Aylward, senior adviser to the World Health Organization’s director general, in a public briefing.

But political exhaustion and pressure from Bolsonaro has prompted some governors to relax restrictions despite record deaths.

The state of Sao Paulo, whose governor was once a critic of the president, announced it was relaxing some restrictions next week even as its hospital struggled to handle the caseload.

Meanwhile, the city of Rio de Janeiro, the country’s second largest city, let a series of restrictions imposed in late March expire on Friday. As a result, bars, restaurants and malls are now able to resume live services.

Brazil’s vaccination efforts, although faster than most countries in Latin America, have been slow compared to many developed countries and have so far relied heavily on one vaccine – Coronavac – developed by China Sinovac Biotech Ltd and has been frequently criticized by Bolsonaro.

On Friday afternoon, the national health agency Anvisa announced it was sending inspectors to two factories in Russia where the Sputnik V vaccine was produced to evaluate the safety of the jabs. (Reporting by Eduardo Simoes in Sao Paulo; Additional reporting by Tatiana Bautzer in Sao Paulo and Rodrigo Viga Gaier in Rio de Janeiro; Editing by Brad Haynes, Dan Grebler and David Gregorio)

The collapse of the dam at the Samarco mining complex in 2015 killed 19 people and severely polluted the Doce River with mining waste, one of Brazil’s worst environmental disasters. The facility, which resumed production in December, was the focus of significant litigation from bondholders with nearly $ 5 billion in debt.

“The filing (judicial reorganization) is needed to prevent ongoing legal action … from affecting Samarco’s ability to produce, send, receive for its exports and to fund normal activities,” the company said.

Vale said the filing for bankruptcy protection would not affect Samarco’s ability to pay compensation to those affected by the 2015 dam explosion. It said negotiations outside the court with creditors had slowly failed over time.

The court reorganization request, filed in the state of Minas Gerais, is roughly similar to the United States’ Chapter 11 bankruptcy filing.

Samarco has $ 4.7 billion in financial debt from unrelated parties, Vale said. In the years following the Samarco disaster, Samarco has negotiated with creditors to reach a restructuring agreement. However, those talks slowed down in 2019 following changes to dam regulations in Brazil, which materially affected operations at Samarco, Vale said.

In 2019, another dam exploded at the Vale mine in Brazil, killing some 270 people and prompting tightening of rules governing mining dams.

Most of the debt is now held by “investors active in distressed asset markets,” rather than original bondholders at the time of the disaster, Vale said.

Reporting by Gram Slattery; Edited by Christian Plumb and Will Dunham


RIO DE JANEIRO (Reuters) – The board of Brazil’s state-owned oil company Petrobras has agreed a deal with the government on compensation to be paid to Petrobras in the event of an auction of reserves in two offshore oil regions, the company said. on Friday.

The government tried and failed to auction off reserves in the offshore Atapu and Sepia oil blocks in 2019, although officials want to try again. Since Petrobras has carried out exploration and development work in the area, the company is entitled to compensation.