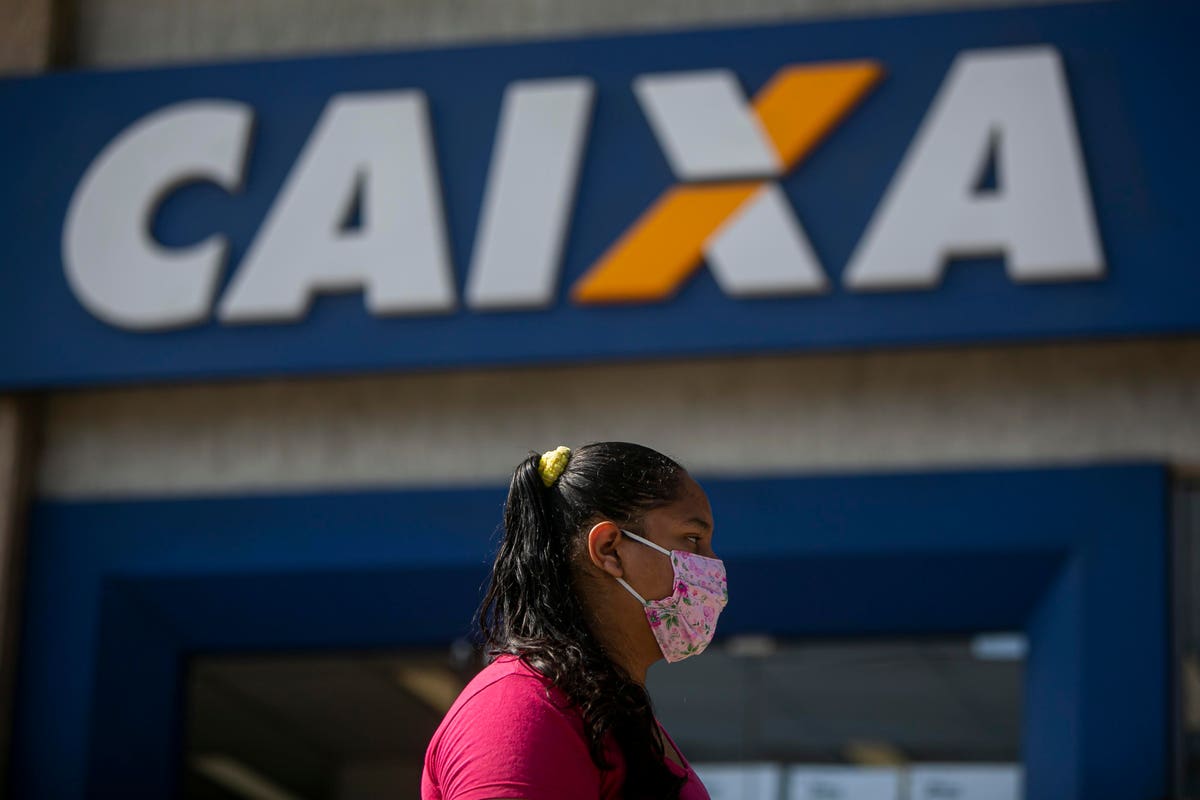 After entering millions of people into the financial system after the Covid-19 crisis through mobile applications, the Brazilian government is now considering an IPO for its digital bank.

It is estimated that up to 40 million Brazilians could become permanent account holders of Caixa Tem, the digital branch of the state-owned bank Caixa Econômica Federal (CEF) created to pay for emergency assistance to financially vulnerable citizens during the pandemic.

Government fintech will now be scaled up with PIX, Brazil’s upcoming instant payment system and get additional offers such as microcredit and insurance.

The IPO of Caixa Tem was first mentioned by economy minister Paulo Guedes at a conference held by the think tank Milken Institute earlier this month and confirmed by CEF president Pedro Guimarães in an interview with Reuters this week.

“We have a huge comparative advantage in relation to digital banks in the market and I would like to capitalize on that with an IPO in 2021,” said Guimarães, adding that record keeping could take place outside of Brazil.

The number of Brazilians without access to a bank account has seen a significant drop, mainly due to the digitization imposed by the pandemic, according to a study by Americas Market Intelligence in partnership with Mastercard.

A 73% drop in the number of Brazilians who do not have a bank account has been verified in the past five months, according to the study, with about 40 million people opening accounts with financial service providers. The research used data released by the government and financial institutions, as well as interviews with 18 financial institutions, including traditional banks and fintech.

According to the study, the increase in financial inclusion in the country was mainly due to the increased use of online channels for conducting financial transactions and an increase in contactless payments due to social distancing recommendations.


Brazil’s central bank kept its benchmark interest rate unchanged on Wednesday at a record low even as inflation has recovered in recent months, and signaled it intends to leave interest rates low for some time.

The bank’s policy committee left Selic’s interest rate at 2% for the second straight meeting, after cuts at the previous nine meetings. The bank maintains its guidance going forward that there is little, if any, room for more cuts and will not reduce monetary stimulus unless the inflation outlook worsens.

Visa headquarters in Foster City, Calif. In 2019. Getty Images Visa Inc. saw its overall payment volume increase for its fiscal fourth quarter, but the company continued to be weighed down by the impact of the pandemic on international travel. Like Mastercard Inc. MA, -8.11% a few hours ago, Visa V, -4.83% on Wednesday afternoon released September quarter results which showed continued weakness in travel spending despite further improvements in the domestic categories. The period’s payment volume increased by 4% at constant dollar, while cross-border volume, excluding intra-European transactions, decreased by 41%. “The recovery so far has been patchy, V-shaped for domestic volumes but L-shaped for cross-border volumes,” CFO Vasant Prabhu said during the company’s earnings call. Cross-border spending typically generates higher returns for Visa, so the slowdown there creates “a drag on revenue growth, which will continue into fiscal 2021.” Visa has seen a “sharp recovery” in the limited corridors where travel is “relatively frictionless,” including travel from the United States to Mexico and travel to the Persian Gulf states, and Prabhu said this gives the company hoping for what the larger travel landscape might look like. like once the ease of restrictions. However, at present, “the borders remain largely closed”, he admitted. Shares rose 0.6% on Wednesday after-hours, after falling 4.8% in regular session. Read: Mastercard shares have come under fire after weak travel spending putting pressure on profits Visa saw its fourth quarter revenue drop to $ 5.10 billion from $ 6.14 billion a year ago, while analysts polled by FactSet forecast $ 5 billion. The company posted net income of $ 2.14 billion, or 97 cents per share, from $ 3.03 billion, or $ 1.34 per share, a year earlier. On an adjusted basis, Visa gained $ 1.12 per share, up from $ 1.47 a year earlier and above the FactSet consensus of $ 1.09. Visa declined to provide a formal quantitative outlook for fiscal 2021, citing uncertainties related to the pandemic, although the company has given some indication of how the year could unfold. The credit card giant expects revenue growth to decline in the first half of fiscal 2021 ahead of this’ rebound[s] significantly ”in the second half, said Prabhu. He pointed to many unknowns regarding the spread of infections, the impact of vaccines and other factors that could determine the extent of this income growth. PayPal Profit Snapshot: Capitalizing on Growing User Growth In its report earlier Wednesday, its Mastercard counterpart highlighted some October improvements in domestic spending from a year earlier, including an increase towards the end of October that the company said could be attributed to a major e-commerce player promotional event. This has been widely interpreted to mean Amazon.com Inc.’s AMZN, -3.76% Prime Day, which moved to October of this year from its typical July occurrence due to the pandemic. It’s likely that Visa saw a similar bump from Prime Day. Visa shares have fallen about 8% in the past three months as the Dow Jones Industrial Average DJIA, -3.43%, rose 0.5%. .

AFP via Getty Images Shares of airline operators were broadly and in some cases significantly weaker on Monday, as the number of weekly trips fell for the first time since the post-Labor Day crisis, amid growing concerns over potential fallout from the outbreak of the new COVID -19 cases. The number of people passing through Transportation Security Administration checkpoints fell to a daily average of 844,217 for the week ended Sunday, from a daily average of 871,513 the week before, according to MarketWatch analysis of TSA flow data. . This is the first drop since the week ended September 20. The daily average had declined at the time after receiving an increase the week before in the increase in travel on Labor Day. The drop in travelers comes as the daily number of new COVID-19 cases in the United States hit record highs over the weekend, and a number of European countries moved to tighten restrictions as the continent was hit by an increase in cases. Don’t Miss: Coronavirus Update: U.S. Death Toll Surpasses 225,000 and Trump Chief of Staff Says United States ‘Will Not Control the Pandemic’. U.S. exchange-traded fund Global Jets JETS, -4.81%, fell 5.3% in the afternoon session, while the Dow Jones Transportation Average DJT, -2.31%, fell 5.3% fell 2.6%, with all six airline components losing ground. The airline industry’s losses significantly underperformed the stock market as a whole, with the Dow Jones Industrial Average DJIA, -2.29% falling 735 points, or 26% and the S&P 500 SPX Index, -1.85 %, having lost 2.1%. Among the most active airline stocks, American Airlines Group Inc. AAL, -6.34% sank 6.0%, United Airlines Holdings Inc. lost 7.6% UAL, -7.02%, Delta Air Lines Inc. lost 6.3% DAL, -6.08%, JetBlue Airways Corp. JBLU, -6.47% slipped 7.0% and Southwest Airlines Co. LUV, -3.95% lost 4.7%. Elsewhere, shares of Alaska Air Group Inc. ALK, -7.19% fell 7.8% to accelerate the declines of Dow Transportation Airlines, Spirit Airlines Inc. SAVE, -7.80% fell by 8.3%, Hawaiian Airlines, parent company Hawaiian Holdings Inc. HA, -5.75% decreased 5.4% and Mesa Air Group Inc. MESA, -5.69%, decreased 5.7% . Uncertainties over a government stimulus, which have been a key driver of the airline industry in recent months, are also weighing on airline stocks. “The US stimulus is not a slam dunk,” wrote Savanthi Syth, airline analyst Raymond James, in a note to customers. “While negotiators adopt a more optimistic tone, our Washington political analysts continue to view the post-election period as the first chance to finalize a deal, with the remaining risks in this scenario tied to the election outcome.” See related: “It’s about midnight” for a stimulus deal, a key GOP senator said. On the positive side, the daily average of travelers for weeks ended Sunday reached a post-COVID high of 871,513 for the week ended October 18, nearly nine times the post-COVID low of 97,799 for the week ended October 19. April. The Jets ETF is down 43.9% year-to-date, but is up 48% since closing at a post-COVID-19 low of $ 12.00 on May 15.

The recreational ship insurance company, Club Marine, has announced it is pulling out of the New Zealand market.

It said the decision followed the withdrawal from the market of a number of businesses by its parent company Allianz.

The business has affirmed its commitment to the Australian market, where it has been operating for more than 50 years and is the largest cruise insurance provider.

Club Marine will stop offering new business policies in New Zealand from December and will no longer renew the existing policy.

It will continue to manage the current policy until the expiration date, including claims and service requests.