(
Three FinTech Entrepreneurs To Look Out For In 2021
)

Although the COVID-19 pandemic continues to wreak havoc on the global economy, 2021 remains an important year for the world of fintech.

Here are three entrepreneurs to watch out for this year, as they continue to make waves and pilot change in this area … 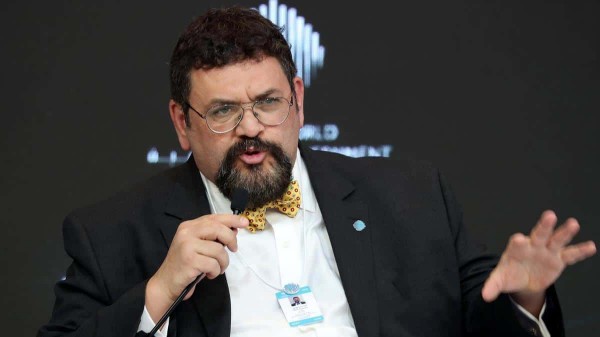 Nick Spanos is one of the most well-known investors and innovators in the blockchain and crypto world. In 2013, he made headlines when he founded Bitcoin Center NYC – the first cryptocurrency trading floor – just across from the New York Stock Exchange (NYSE) in the Lower Manhattan financial district.

He is also the CEO of Blockchain Technologies Corp., which holds multiple blockchain patents for blockchain voting and VoteWatcher, the world’s first blockchain-based voting platform, and is working on many other projects that enhance blockchain’s real-life applications.

One of Spanos’ interesting and potentially disruptive projects is ZAP, which he co-founded in 2017. ZAP is essentially a marketplace and tool that allows developers to build and launch decentralized applications (Dapps) and smart contract which makes use of real-world data and events to trigger the aforementioned contracts.

He’s also been featured in a Netflix documentary about Bitcoin, and he’s spoken at dozens of different blockchain shows in the US and far beyond. 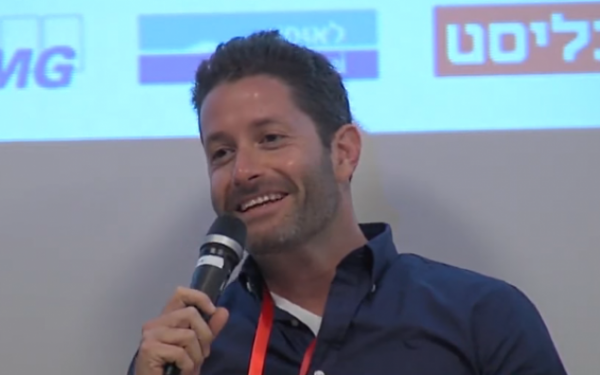 Next, there is Barak Ben-Ezer, CEO of digital banking applications Grace. He is also the man behind SOV, the blockchain-based currency which, according to a bill passed in February 2018, is the new legal tender in the Marshall Islands. This makes SOV unique and fundamentally different from Bitcoin and other stablecoins and altcoins.

The main difference between SOV and traditional fiat currencies is the fact that the first rate of supply growth is algorithmically fixed at four percent per year, at which point for fiat, the government or central bank can increase the money supply as much as they want, potentially. leading to a high rate of inflation.

Additionally, Ben-Ezer won the Geektime Award in 2014 and previously served as the co-founder and co-CEO of Libra Trade – a popular FOREX and options trading platform. 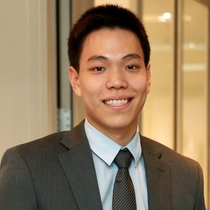 Lastly, we have the CEO & co-founder of Band Protocol, Soravis Srinawakoon.

The permissionless blockchain protocol, which is supported by the likes of Sequoia Capital and Binance Labs, works in a similar way to the ZAP Spanos platform, as it connects blockchain applications with real-world data and transactions.

Prior to launching Band Protocol, Srinawakoon worked as a software engineer at Ericcson before becoming a teaching assistant at Stanford University, where he graduated in 2013.

Srinawakoon, from Forbes Asia 30 Under 30, also founded Better Off, a charity that builds libraries for children’s use in rural Thailand.

Alpian, Switzerland’s first mass-market digital private bank, has raised US $ 18 million in its Series B funding round

Alpian, which is incubated by Swiss banking group Reyl & Cie, plans to launch this year – subject to a full banking license from the Swiss Financial Market Supervisory Authority.

This startup is targeting a sizeable demographic in Switzerland – those with investable assets of between CHF100,000 and CHF1 million.

The company plans to persuade these mass wealthy clients by using a combination of machine intelligence and human advisors to create a unique portfolio aligned with personal “preferences, beliefs, philosophies and goals.”

In addition to the core personal banking offering, each account will come with a debit card and a multi-currency account. Alpian also invests in the creation of educational content on financial matters through its recently launched i-vest platform.

Schuyler Weiss, CEO, Alpian, said: “While the Series A fundraiser was aimed at building a digital bank, the Series B fundraising was intended to be used in principle to launch the bank on the Swiss market.

“This approach ensures that Alpian will be in a strong position to provide the best possible service to its customers by the end of this year subject to the issuance of a full banking license by Finma.”

Commerzbank will cut 1,700 jobs in Germany under a voluntary redundancy program due to be completed by the end of the year.

The cuts mark the start of a three-year cost reduction program announced in January that will result in 10,000 job losses and the closure of 340 branches by 2024.

The bank, which employs nearly 50,000 people worldwide, said that one in every three jobs in its home market in Germany would be lost while its 790 branch network would be reduced to 450.

“The voluntary program is an important step in reducing the number of staff required,” commented Sabine Schmittroth, a board member in charge of the group’s human resources. “We are quickly providing instruments that will reduce the cost base in the coming year.”

In the first quarter of 2021, the bank will post restructuring fees totaling around € 470 million to cover program costs.


US is the largest source of list of technologies in pipeline in Australia by number and size, Australian market operator, ASX Ltd. the word. Markets in Britain, Israel, Singapore and Malaysia also have “good engagement,” the company said.

Of the 75 members, 58 are Australian, with the rest international including five from New Zealand and five from the US. “The pipeline we have for our current foreign technology list is half a dozen, maybe a few more from the US,” ASX’s Executive General Manager, Publishing Services and Investment Products Max Cunningham said in an interview Thursday.

The latest list of domestic technologies falls into the consumer space and the Internet of things. On March 26, MadPaws pet seating platform opened at A $ 0.29 after IPO at A $ 0.20.

Upcoming tech IPOs include game developer Mighty Kingdom Ltd and fintech firm Propell Holdings, with shares of the two Australian companies expected to start trading in April. The two pending IPOs have a combined value of A $ 17.8 million Bloomberg data.

With “the combination of a strong IPO market and Zoom becoming the new normal, which actually means you can cram more meetings in one day,” Cunningham said he was optimistic for three to four technology IPOs each year from New Zealand and two to three others per year. from another market.

“If we get half that, it would still be a very good result,” he said.

Before here, at Bloomberg Terminal.


Railsbank spent much of the last year integrating the staff and clients it acquired from Wirecard Card Solutions to help pursue new opportunities for fintech, including in Australia.

London-based Railsbank has partnered with Sydney-based challenger Volt to direct account management, card and payment products through the Volt banking-as-a-service platform. This was the early open bank game in Australia, which has gradually implemented PSD2-style reforms over the past three years.

Open banking, which allows fintechs to access bank data to develop new services, comes down to a slow start in Australia in 2018 compared to the UK and Canada, which allows much faster real-time payments for non-banks. Australia adds a card and P2P applications by the summer of 2020, and plans to add mortgages and other banking services by 2021. There is no open banking law in the US, but the concept is get energized.

“While Australia has a growing fintech scene and a strong talent pool, the country’s embedded financial markets are still in their infancy. However, we expect to grow rapidly,” said Justin Xiao, COO of Railsbank.

The foundation for that growth is being determined by the push to digital finance and trade that has accompanied the pandemic, an impactful trend most of the market globaly. In Australia, around 11% of the population use mobile payments, up from 7% before the pandemic. Mobile payment apps are at the heart of open banking and other embedded finance projects, often using the large base of registered payment credentials and the scale of partner banks to offer cards, money transfers, and channels for lending and other financial services.

Railsbank’s own journey to open banking got a boost in the summer of 2020 when the company acquired British assets Wirecard, a German company that sold various units after its accounting scandal. Railsbank got to work building systems to facilitate partnerships between banks and third parties such as payment applications.

In Australia, Volt and Railsbank want to enable other companies to combine and scale various banking products through fast digital registrations.

“The partnership allows us to start activities in the Australian market and continue our expansion in the Asia Pacific,” said Xiao.

Apple’s role in Australia is key to building a market for embedded finance. After years of struggling with Australian banks on demand, Apple Pay has grown rapidly and now owns two-thirds of Australia’s share of mobile payments, according to 9to5mac.

That gave Apple a sizable base from which to sell Apple Card, which is offered through an embedded financial partnership with Goldman Sachs. Google has a similar collaboration with Citigroup and Stanford Federal Credit Union.

Apple and Google did not create open banking or embedded finance. But the threat of competition from the two tech giants is pressing banks and other companies to find partners who can provide consumers with access to payments, finance and consumer applications that banks may not support internally. Walmart, for example, partnered with Ribbit Capital to build a fintech business that could invest in financial services for Walmart’s listed base.

Write for PaymentsSource, Sandeep Sood, CEO of Kunai, said the age difference of fintech and web connection is a rail that connects fintechs, technology companies and banks can be replicated without limits on a large scale. Other PayThink contributors, Alex Ressish, chief commercial officer of Tribe Payments, believes that embedded finance will make payments an afterthought enabling dozens of services, requiring payment companies to add value through their ability to use payment credentials as a basis for added value.

Railsbank believes it has built international connections to replicate Australian projects in other markets. Visa has invested in Railsbank, and the two firms have a partnership to provide financial services. Railsbank is also part of the Visa Fintech Fast Track program.

“We also have a number of customers looking to start operations in Australia and launching our embedded finance offering will help accelerate market entry and their growth,” said Xiao, adding that Railsbank hopes its launch in Australia will broaden awareness of Railsbank among Fintechs, companies and brands. Australia, is pushing for additional financial expansion embedded in the region to Japan, the Philippines, Thailand and Vietnam later this year.

“In the future, we hope to also support companies looking to expand into other markets where Railsbank has a presence,” said Xiao.