In the 1800’s, thousands of infectious disease patients had to be isolated from the outside in the newly formed settlements in Kalawao County, Hawaii. At present, Kalawao is the last county in the United States without a single documented coronavirus case.

As of mid-May, 231 of the country’s 3,143 counties did not report any cases of COVID-19. As of mid-October, only six US states were reported to be COVID-free. This week, as new infections spiked across the continental US, to 160,000 cases a day nationwide – and with 16,841 in Hawaii and 25,369 in Alaska – only Kalawao has yet to report a single infection.

One hundred and fifty-five years earlier, in 1865, the Kingdom of Hawaii passed a law that forced patients with Hansen’s disease, also known as leprosy, to a remote settlement on the island of Molokai in Hawaii. Situated on a peninsula, the Kalaupapa settlement is surrounded by the Pacific Ocean on three sides, with sea cliffs as high as 1,600 feet blocking access to the rest of the island.

In 1969, Hawaii abolished the isolation law that had imprisoned Kalaupapa patients and promised them life-long health care, social services, and the option of staying in a settlement if they wanted. Of the 8,000 patients who came to Kalaupapa during its 100 years of operation, only 12 are left, according to Dr. Glenn Wasserman, head of infectious diseases at the state health department.

Currently, Hawaii’s most remote, most inaccessible island community of 75 people is the only place in the United States that has not been infiltrated by COVID-19.

“Thanks for the good news!” Said Wasserman when reached by phone on Thursday.

Even so, Wasserman cautions against reading too much statistics. Kalawao District is considered a “medically underserved area” by the Ministry of Health and Human Services, a designation used for an area with too few primary care doctors for a concentrated population or elderly population.

From April: Living in an area with 0 confirmed coronavirus cases

Like many geographically isolated communities, Kalawao has not conducted much COVID-19 testing. Wasserman ordered several COVID-19 tests after learning the individual had interacted with an outside community. All came back negative.

With an average age of 86 and various medical conditions, patients left in Kalaupapa are particularly vulnerable to COVID-19, so the settlement imposes strict policies to protect them. Patients and staff are not allowed to be visitors and if they leave the settlement and return, they are required to go into quarantine. Staff temperatures are monitored and social distancing and mask use are enforced.

“We feel that the approach is much more reliable than laboratory testing everyone who enters,” said Wasserman, stressing that without testing to confirm that no one has COVID-19, it is possible for an asymptomatic individual to return to settlement and be quarantined, not. ever. spreading infection. 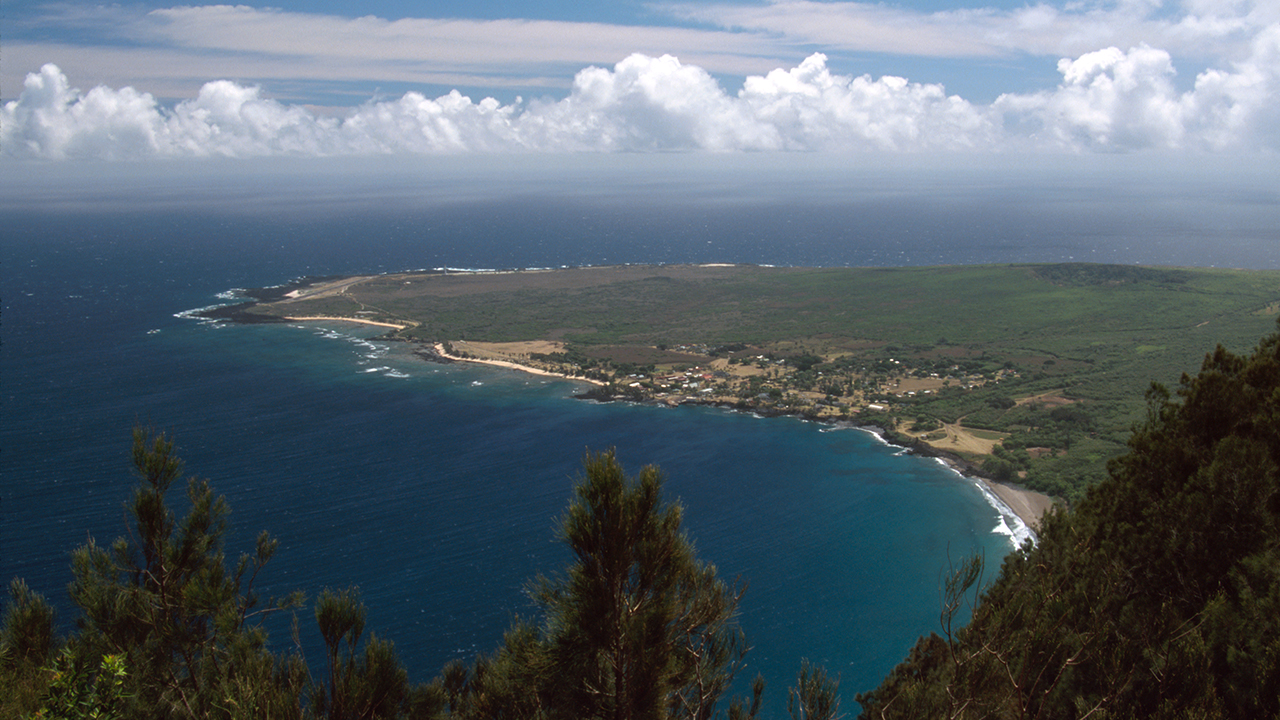 Strict rules are not easy for patients or staff. Patients who flew to Oahu to see medical specialists before the pandemic have delayed treatment. Some staff members who live outside Kalaupapa choose not to travel outside the settlements, which means they haven’t seen their families yet, explained Baron Chan, head of the Hansen’s disease branch in the health department.

And so, the story of the Kalaupapa settlement has come full circle. “When they are sent to Kalaupapa, patients are taken from their family and friends and they experience loneliness,” said Chan. “You see it all over the world now.”

It is difficult, said Wasserman, but the persistence and sacrifice of the community, the health service and the parks has prevented the spread of society in the settlement.

“Their sacrifice is part of Kalaupapa’s ongoing legacy. We achieved what we planned and we need to do it until the pandemic is over,” he added.


In February, just as the coronavirus pandemic began to hit, four people sailed to one of the most remote places on Earth – a small camp on Kure Atoll, on the shores of the uninhabited Northwest Hawaiian Islands.

There, more than 2,200 km from Honolulu, they live in isolation for nearly nine months while working to restore the island’s environment.

Separated from the rest of the planet, their world is confined to a tiny patch of sand midway between the US mainland and Asia. Without television or internet access, their only information comes from satellite text messages and occasional emails.

They know about the pandemic in the midst of their own isolation, but have not experienced any seismic upheaval caused by the Covid-19 worldwide.

Now they are back, reappearing into a changed society that may feel as alien today as the island isolation that took place in March.

They have to adjust to wearing face masks, stay indoors and meet friends without giving hugs or handshakes.

“I’ve never seen anything like it, but I started reading the book The Stand by Stephen King, which was all about disease outbreaks, and I thought, ‘Geez, this is what it feels like to come home. ? “Said Charlie Thomas, one of the island’s four workers.” All this … prevention, these things, sick people everywhere. Very strange to think about. “

The group is part of the state effort Hawaii to safeguard the fragile island ecosystem of Kure, which is part of the Papahanaumokuakea Marine National Monument, the largest contiguous protected environment in the country. Communities are not permitted to land anywhere in the North West Hawaiian Islands.

Kure is the only island in the northern part of the archipelago that is administered by the state, the rest of which are under the jurisdiction of the federal government. Formerly a Coast Guard station, this atoll is home to seabirds, the endangered Hawaiian monk seal and coral reef teeming with turtles, tiger sharks and other marine life.

Two field teams go there every year, one for summer and one for winter. Their main job is to remove invasive plants and replace them with native species and clean up debris such as fishing nets and plastics that drift ashore.

Thomas, the youngest member of the 18-year-old team, grew up in a coastal town in New Zealand and spends most of his free time with seabirds and other wildlife. He finished school a year early to start his first job as a sailor for an organization dedicated to cleaning the coastline before volunteering for the summer at Kure Atoll.

The expedition was the first time she had been away from home in so long, but she was ready to cut ties.

“I’m sick of social media, I’m sick of everything that’s going on,” he said. “And I thought, you know, I’m really excited to get rid of my phone, lose touch with everything … I don’t have to look at all the terrible things that are going on right now.”

When Thomas left New Zealand for Hawaii, there were no nearby cases of the virus that he could remember. By the time he left Honolulu for Kure, the virus began to “creep closer” to the islands.

Once in Kure, it’s hard to get a complete picture of what’s going on in the world.

“I don’t think I really know what to think because we get so many different answers to the questions we ask,” he said.

Thomas is now on hotel in quarantine in Auckland, where he lives with his parents, sister, and a dog named Benny. He would miss hugs and “squeezing five people on the stool for dinner,” he said.

American Matthew Butschek, who is also in Kure, says it will take time to adjust to the changing world they are returning to.

In quarantine, he looked out the window of his Honolulu cabin and saw school-age children playing on the rocks and climbing trees – all wearing masks. It reminded him of apocalyptic films.

“That’s not normal for me. But everyone is like, yeah, this is what we do now. This is how we live, “he said.

Aided by geographic isolation and borders that are rapidly and decisively closing, the Pacific remains least infected region on earth. But the isolation has been forced the devastated Pacific economy.

But there are significant fears that if the virus gains a foothold in the region, it could destroy island communities, which have a limited public health infrastructure – Vanuatu started a pandemic with only two ventilators across the country – and a population with high rates of comorbidity. , such as diabetes and heart disease.

Most of the remaining COVID-19-free countries on earth are in the Pacific, but this number is starting to dwindle, as repatriation flights bring displaced citizens home. In the past month, Vanuatu, Solomon Islands, Marshall Island, and Samoa has recorded its first confirmed infection.

Other Pacific Islands, like Guam and French Polynesia, had a large number of cases favored by the military and police deployments of the US and French colonial powers.

with the Associated Press

SAN JOSE – Three airlines are resuming flights from San Jose to several islands in Hawaii, airport officials said on Tuesday. Southwest Airlines, Hawaiian Airlines and Alaska Airlines are resuming flights between San Jose and the Pacific Ocean chain of islands. “We are pleased that our partners in Hawaii, Southwest and Alaska are expanding their flight offering by resuming operations to Hawaii,” said John Aitken, director of aviation for the city of San Jose. Hawaiian Airlines resumed service between San Jose International Airport and Honolulu in Oahu on November 2, the airport said. Alaska Airlines resumed flights to Kona on the Big Island of Hawaii and to Lihue on Kauai on November 1, and to Kahalui on Maui on November 2. Southwest Airlines will resume service to Honolulu, Maui and Kauai on November 4. Word of expanding air travel options from San Jose serves as a welcome counterpoint to the dismal picture of travel due to the coronavirus. Additional service extensions between San Jose and Hawaii are planned by the airlines. Hawaiian Airlines will resume flights to Maui on November 18. Alaska Airlines will begin flying to Honolulu on December 2. Southwest Airlines will resume flights from San Jose to the Big Island of Hawaii on December 6. “As we continue to show signs of recovery, we look forward to welcoming more flights safely and offering our passengers expanded travel options,” said Aitken. .