On Wednesday, the Prime Minister (PM) Imran Khan has said that the Pakistan Democratic Movement (PDM) of opposition parties is practically over.

While chairing a joint meeting of the Pakistani parliamentary party Tehreek-e-Insaf (PTI) and its allied parties, the prime minister said the opposition parties had tried their best but the Pakistani people had rejected them.

PM Imran further said that a complete investigation of the Hudaibiya Paper Factory would also be carried out. On the other hand, session participants discussed the upcoming Senate election strategy.

The Prime Minister also makes members of the parliamentary party more confident about the important decisions taken by the government. 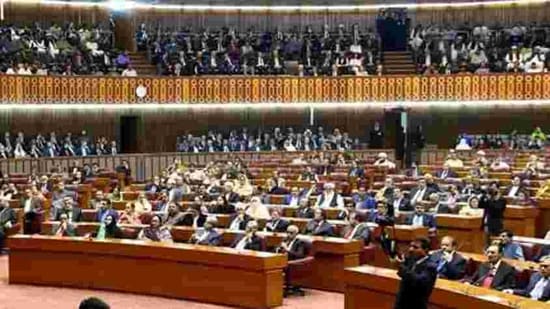 “The government wants the elections (Senate) to be held transparently and without the horse trade. This is why we want Senate elections to be held by open voting, “Information Minister Shibli Faraz told the media after the meeting.

Pakistan’s cabinet has decided to draft a bill in Parliament to amend the Constitution because it holds Senate elections by open ballot.

The decision was taken during a Cabinet meeting on Tuesday, chaired by Prime Minister Imran Khan.

“The government wants the elections (Senate) to be held transparently and without the horse trade. This is why we want Senate elections to be held by open voting, “Information Minister Shibli Faraz told the media after the meeting.

He said that in the past, money was used in Senate elections and votes bought made House elections a hoax. He asks what’s the use of an upper house where people come through vote buying.

Faraz also said that those who opposed the proposed move forgot that his own party had demanded an open vote in the past.

“The government will submit a constitutional amendment bill in parliament so that the Senate elections will be conducted through open voting,” he said.

The government has already petitioned the Supreme Court, seeking direction to hold the upcoming Senate elections by open ballot. The decision is pending.

Meanwhile, the Dawn newspaper quoted a Cabinet member as saying that Prime Minister Khan commissioned his parliamentary affairs adviser Babar Awan to draft a bill in the National Assembly to hold Senate elections by open voting when advisers briefed on the government’s reference status. at the Supreme Court.

Awan said the government had put two bills – the Constitution Amendment Bill and the Election Reform Bill – in Parliament on the basis of the laws it wanted to make for an open vote.

The cabinet member said Awan had held a meeting of his ministry and his legislative branch to draw up a road map on how to proceed with the matter in Parliament.

It has been proposed that since the Senate vote cannot be held by hand, each voter must indicate his preference on the ballot. Therefore, to make sure voters’ identities are exposed, voters should be asked to say their name on the back of the ballot paper, according to the Dawn newspaper.

Senate elections are due in the first half of next month and Khan’s ruling Prime Minister, Tehreek-I-Insaf, is concerned that his own members may vote for gay party policies, according to opposition parties opposing the move.

Get our daily newsletter in your inbox

Thank you for subscribing to our daily newsletter.

Federal Interior Minister Sheikh Rashid said on Wednesday that opposition parties can launch long marches whenever they want, reiterating that the government will not create any obstacles in their way.

“The opposition has the right to come to the federal capital, there will be no obstacle in their way,” the veteran politician said in an interview with Express News in Islamabad. “That’s what’s called democracy.”

When asked about Jamiat Ulma-e-Islam (JUI-F) Maulana Fazl-ur-Rehman consultation with Pakistan People’s Party (PPP) co-chair Asif Ali Zardari and Pakistan Muslim League (PML-N) supremo Nawaz Sharif, he said, “The Pakistan Democratic Movement (PDM) has back off from their original agenda and they don’t have a clear strategy anymore. “

Even the two JUI-F members are preparing to contest the by-election of the national and provincial assemblies while the party prepares for the Senate elections, he said, adding that they plan to launch marches in a month or a month and a half, but they may be doing it now. “

The Interior Minister further said that the recent PDM protests in front of the General Election Commission of Pakistan (ECP) were regular protests.

Regarding the Broadsheet saga, according to him it will be an important case for country in the coming days. “This will be the next Panama Leak for this country.” 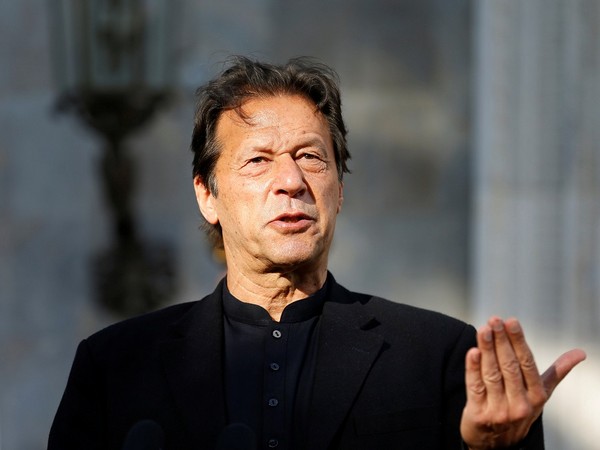 Islamabad [Pakistan], 27 January (ANI): In an interesting development in the case of foreign funding of Pakistan’s Tehreek-i-Insaf (PTI) Prime Minister Imran Khan, Akbar S Babar, one of the founding members of the ruling party, on Tuesday submitted an application to Pakistan’s General Election Commission (ECP) oversight committee, challenged his decision to keep PTI financial records secret from him.
Seeking transparency in the case of foreign funding, the applicant said the application was intended to ‘test’ Imran Khan’s offer for live coverage of the case, reports Dawn.
In his application, Babar challenged the committee’s decision to keep PTI’s financial records secret, including 23 bank reports, from him regarding the prime minister’s offer.
The applicant and his legal advisers have reiterated that as long as genuine and legal transparency issues are not addressed, including sharing all PTI financial documents with the committee, they will continue to participate in committee oversight processes under protest, Dawn reported.
Babar says it is the nation’s right to know the truth. “We have submitted a request to test PM Khan’s offer to end secrecy,” he said.
A copy of the application demanding the sharing of all documents in connection with PM Khan’s final offer to end secrecy was also provided to the PTI representative who attended the trial.
Sources informed that an interesting situation developed when PTI representatives showed reluctance even to accept a copy of Babar’s application. It was agreed that PTI would respond to the request at its next meeting to have the oversight committee decide on the matter, Dawn reported.
In addition, the petitioner said the real challenge facing the prime minister is from a system that refuses to give justice to the weak against the ruling. He said the PTI had been formed to change this system and instead of changing this rotten system, Khan was in charge.
The foreign funding case against PTI was filed in November 2014 by Babar. He has demonstrated serious financial irregularities in PTI’s accounts.
Six years have passed since the case was filed. However, it had not yet reached a conclusion.
Previously, the ECP oversight committee had refused to share PTI records claiming to be “educated advisors to complainants.” [Babar] Was informed that a copy of the document submitted by the defendant [PTI] cannot be provided at this stage because the respondent strongly opposes it, “said the order of the examining committee dated December 2, 2019.
In addition, on January 20, the ECP oversight committee had set a new precedent when it left its own meeting after questions emerged about the credibility of the vetting process. The committee has previously been accused of being lenient with Khan and PTI by the Pakistani opposition.
The 11-member Democratic Movement of Pakistan (PDM) has also demonstrated against the ECP by gathering outside its offices on January 19 to demand a swift decision on the case for foreign funding. (ANI)

Here are some of the stories we’re going to follow today [Wednesday]: University students across the country are on the street to protest against the exam in person. On Tuesday, protesters broke into Central Punjab University and fought with guards. Many students were injured. The European Parliament has been paying attention to the DisInfo Lab report on Indian propaganda against Pakistan. Prime Minister Imran Khan has called the Parliament meeting. It will discuss economic issues, PDM demonstrations and Senate elections. The federal cabinet has approved the creation of a committee to investigate the leaflet controversy. Prime Minister Imran Khan told cabinet members that only Hakim (retired) Azmat Saeed would investigate the matter. Video of a five-year-old driving a car in Multan has gone viral on social media. The police are watching him. The Trial Match between Pakistan and South Africa continues for the second day at the Karachi National Stadium. A Malaysian court will hear the case of the PIA plane detained in the country earlier this month. According to national carriers, a $ 7 million payment was made. The Economic Coordination Committee meeting will be chaired by Finance Minister Hafeez Shaikh. Today’s Mehndi Bakhtawar Bhutto Zardari is at Bilawal House

Here are some of the stories we’re going to follow today [Wednesday]: