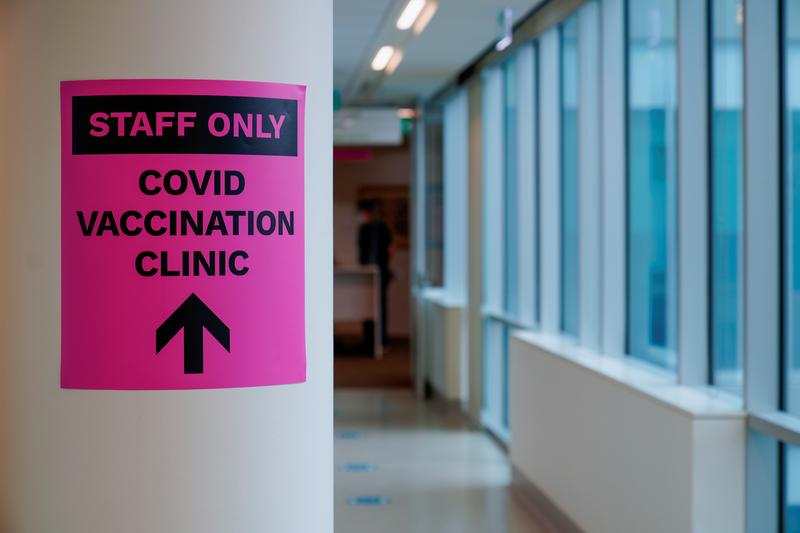 Federal and state governments will discuss setting up mass vaccination centers from early June for people over 50, Prime Minister Scott Morrison said on Wednesday, when the country will move to the next phase of immunization.

“We will have the AstraZeneca vaccine which we believe can increase the speed of vaccination for those aged between 50 and 70 years. That’s millions of Australians,” Morrison told reporters in Perth.

Australia earlier this week abandoned a target of providing at least one dose of vaccine to nearly 26 million residents by year-end after limiting the rollout of the preferred AstraZeneca vaccine to people under 50 due to clotting problems.

The European drug regulator’s findings regarding rare cases of blood clotting among some adult recipients of the AstraZeneca vaccine are a major blow to Australia as the country bases its immunization drive largely on this inoculation, with plans to produce 50 million doses locally.

Australian officials overhauled the program in response, doubling Pfizer’s previous orders to 40 million shots, which will be delivered by the end of the year, mostly for the adult population under 50.

The return to the twice-weekly meetings, the same frequency as at the height of the crisis in Australia last year, will continue for “the foreseeable future”, Morrison said.

Australia fared much better than many other developed countries during the pandemic, with more than 29,400 cases of COVID-19 and 910 deaths.

No new cases have been reported nearly every day this year and officials are quickly tackling small outbreaks, but the country’s vaccination program has met major obstacles.

About 1.3 million people have been vaccinated by Tuesday, far from the 4 million promised at the end of March, after the European Union blocked exports of the AstraZeneca vaccine after the drugmaker failed to fulfill promises of delivery to the block.

Trade Minister Dan Tehan will travel to Europe this week to seek the release of about 3 million doses of the AstraZeneca vaccine previously promised for Australia. 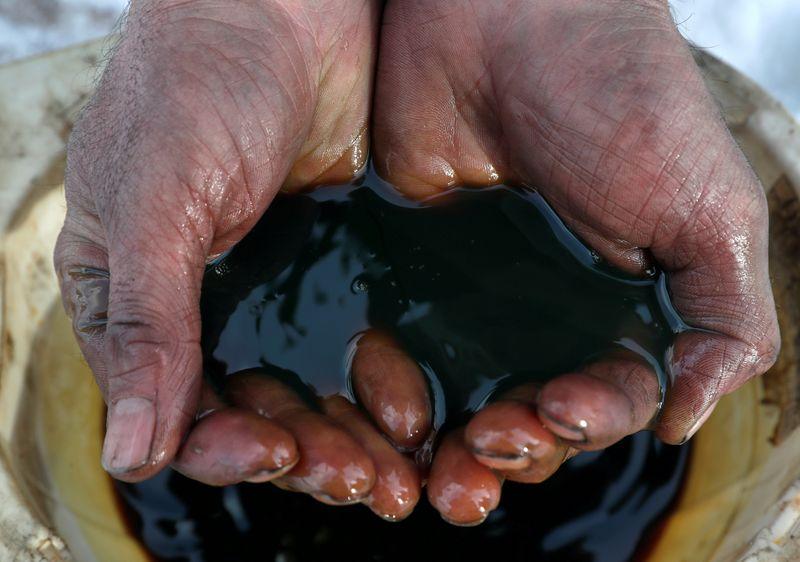 Iran’s surge in volume shocked markets and has capped global oil prices although the Biden administration is expected to resume talks with Tehran to revive the nuclear deal.

Iranian oil started entering China from late 2019 despite harsh US sanctions, but volumes have started to surge only since late last year as oil rebounded above $ 60 and buyers became emboldened by the prospect of the United States lifting sanctions under President Joe Biden.

China received a daily average of 557,000 barrels of Iranian crude between November and March, or about 5% of total imports by the world’s biggest importers, according to Refinitiv Oil Research, back to levels before former US President Donald Trump reimposed sanctions on Iran. in 2019.

(GRAPH: China’s purchase of Iranian oil returns to pre-US sanctions levels back in 2019 -)

Most of this oil ends up in the eastern province of Shandong, China’s center for independent refineries.

“These ‘sensitive’ barrels are squeezing supply from everywhere, because they are too cheap,” said a Chinese trader handling oil sales to Shandong, referring to Iranian oil that sold $ 6- $ 7 a barrel below from Brazil earlier this year. . .

A second trader said South American suppliers to West Africa and the North Sea were stepping up efforts to find new markets as Chinese demand plummeted.

Major South American exporters Brazil and Angola West Africa were among the hardest hit, while Russia’s eastern grade ESPO crude recorded some of the rare flows to the US that were squeezed by falling Chinese demand.

Shipping from Brazil, which last year overtook Angola as the No. 4 China, thanks to aggressive marketing and attractive prices, fell 36% in January-February compared to last year, although volumes increased 16% annually in March, according to Chinese customs and Refinitiv assessments.

While China’s appetite for Brazilian sweet oil from the Tupi field is “endless” – and Asian nations are still paying dearly for it – the current margins are less competitive, Roberto Castello Branco told Reuters on Sunday, in his final interview before stepping down as Petrobras Chief. Executive Officers on Monday.

India has become a bigger market for oil from Brazil, West Africa and even the North Sea as Chinese demand cools, providing the world’s No. 3 importer with many alternatives as New Delhi cuts Saudi oil purchases.

India’s imports of Brazilian and Angolan crude surged for arrivals from March to May while Europe received more Brazilian oil between March and April than at the start of the year, Refinitiv data show.

The Iranian crude attack, which came as oil from Oman, United Arab Emirates (UAE) and Malaysia, has lowered prices for competing supplies such as Norway and Brazil to multi-month lows, although they have recovered considerably in recent weeks.

The spot premium for Brazilian Tupi crude shipped to China in May earlier fell to 10 cents a barrel to ICE Brent, down from more than $ 1 a barrel for late December arrivals before returning to 30-40 cents last week.

“China is now looking for light crude oil to blend heavy Iran,” said a second source with a West African producer, adding that they managed to sell just two spot cargoes for May, at slightly better prices than the “bad month” in April.

They can barely compete with Iranian barrels in Brent minus $ 3- $ 5 per barrel.

However, the surge in Iranian supplies did not affect the market share of Saudi Arabia, China’s main oil supplier, as the OPEC kingpin serves a different client base – Chinese state refiners and large private factories.

With transactions mostly being made in Chinese currency and in some cases end buyers offering open credit, Iranian oil flows are expected to continue, particularly as private companies face less political pressure to exit lucrative businesses.

“Imagine you are a teapot boss, all you care about is whether the oil is cheap enough and if your factory is equipped to process it,” said a fourth trade executive in China.


BERLIN (Reuters) – German exports rose in February, boosted by surging trade with China as a new sign that factories are busy in Europe’s biggest economy despite a pandemic-related drop in overall output in the first quarter expected.

Seasonally adjusted exports increased 0.9% for the month after being revised upward by 1.6% in January, the Federal Statistical Office said on Friday. Imports rose 3.6% after falling 3.5% in the previous month.


ROME, April 7 (Reuters) – Group of 20 finance chiefs did not discuss expanding the general framework on how to manage debt repayments of poor countries to include middle-income countries, Italian Economy Minister Daniele Franco said on Wednesday.

Italy holds the presidency of the G20 this year.

Speaking to reporters after finance ministers and central bankers met by video conference, Franco also said that the US proposal for a global minimum corporate tax rate was consistent with the work in progress in the G20.

An agreement on this is expected to be reached in July, when the G20 will meet in Venice, Franco said. (Reporting by Gavin Jones and Jan Strupczewski, editing by Angelo Amante)

In a phone call with Merkel, who has led Germany, the EU’s biggest economy, since 2005, Xi said the EU and China should “respect each other” and “eliminate interference,” according to a reading from the official Xinhua news agency, without specifying the source of the disturbance.

EU allies, the United States, Britain and Canada also sanction Chinese officials over Xinjiang, and the row threatens to derail an EU-China investment pact agreed by the end of 2020 after years of negotiations.

Xi also urged Germany and the EU to make joint efforts with China to maintain a healthy and stable development of bilateral cooperation, according to the readings.

China is willing to work with the international community to promote “fair and reasonable distribution” of the coronavirus vaccine and oppose vaccine nationalism, he added.