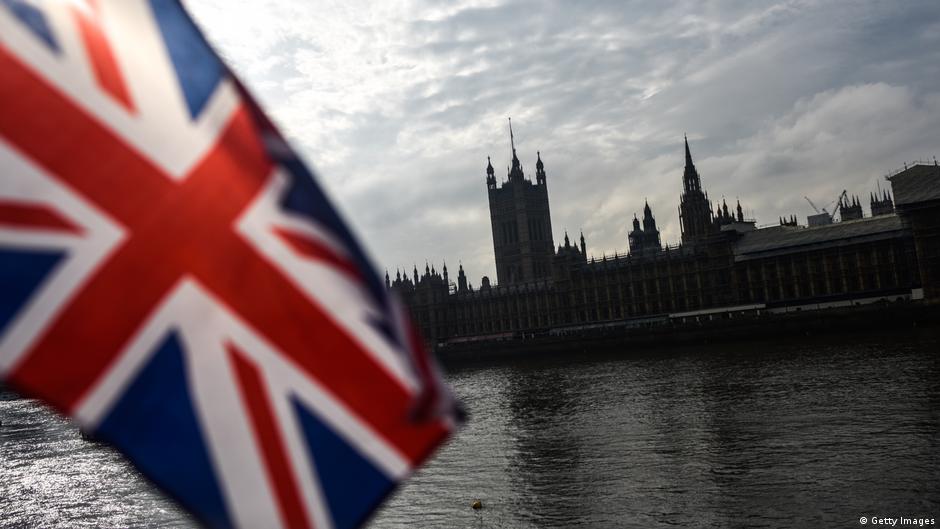 The UK-Japan Comprehensive Economic Partnership Agreement is expected to increase trade between the two countries by about Є16.8 billion ($ 19.9 billion), according to the UK’s Department of International Trade. The new deal comes into effect when Britain officially leaves the European Union (EU) in early 2021 and will guide the two countries’ post-Brexit trade relations.

Read more: Brexit: Britain will restart trade talks with the EU after threatening to stop

After negotiating in June, the agreement was approved in principle by International Trade Minister Liz Truss and Japanese Foreign Minister Motegi Toshimitsu via video call on September 11. Negotiation topics include the import of Japanese cars – with Britain agreeing to gradually raise tariffs to zero by 2006 – and Britain’s exports of groceries to Japan.

Noriko Hama, a professor of economics at Kyoto’s Doshisha University, said both London and Tokyo were trying hard to “avoid tough problems” and quickly reach an agreement on bilateral trade – something that has benefited the leaders of the two countries politically.

“The agreement was made very carefully and did not include agricultural produce, for example, so that there were not too many bumps on the road before both parties could ratify the agreement,” he said.

“And that’s good for Tokyo and London because it emphasizes the ‘special relationship’ again and serves as a propaganda exercise as well, showing the UK that Brexit is a positive thing,” he added.

Read more: The British envoy made the awkward ‘Japanese wife’ mistake in China

“It would be very easy for them to effectively cancel the EU-Japan free trade agreement, but initially both Japan and Britain said they wanted a much more attractive and forward-looking agreement,” he said. “That’s the reason Britain cited for leaving the EU, it wants a tailor-made trade agreement that goes beyond the EU deal.”

And while the final version of the Japan-UK deal may not be groundbreaking, he said, there are now likely more opportunities once the fundamentals are in place and opportunities for more innovative approaches to trade once the deadlines have been met. .

For Japan and Britain, the agreement signifies more than just bilateral trade.

London sees the deal as a potential showcase for future free trade agreements with the US, Australia, India and other potential trading partners as soon as it leaves the EU.

After the economic alliance was formed, Japan also hoped to deepen its security alliance with Britain and its partners. He hopes London will play a bigger role in security in the Far East and ultimately deploy military units to the Indo-Pacific region, a strategy aimed at curbing China’s expansionist policies in the region.

“Of course, the main reason for his visit was to discuss Brexit and a new free trade agreement between London and Tokyo, but China is clearly on a hidden agenda and Japan is eager to strengthen security ties with Britain and the US to counter China’s rise,” Go Ito said, a professor of international relations at Tokyo’s Meiji University.

Japan’s foreign minister hinted that the two countries also touched on the Five Eyes intelligence-sharing agreement, which has expressed Tokyo’s interest in joining.

Existing members of the organization include Australia, Canada, New Zealand, United Kingdom and the United States. Japan’s membership will give the group a strategic geopolitical position in northeast Asia.

Britain has sent a number of warships to the Far East in recent years, including the HMS Albion, which conducted joint amphibious assault drills with Japanese units in 2018.

London is also lobbying Japan to work with a British aerospace firm on the design and construction of a next-generation fighter jet for the Japanese Air Self-Defense Force.


SYDNEY (Reuters) – The Australian and New Zealand dollars won reprieve from recent sales on Thursday as the US currency came to burn on its own, helping both avoid what would undermine damaging chart support.

The rally is more on the back of the US dollar’s pullback than on its own, with the Aussie still vulnerable to further policy easing from the Reserve Bank of Australia.

The market is highly betting that the central bank will cut interest rates to just 0.1% in early November, from 0.25% currently and expand bond purchases into long-term debt.

Dealers discussed about A $ 100 billion in five to 10 year bonds as a starting target.

Results from a 10 year paper AU10YT = RR have fallen sharply to seven month lows of 0.726% in anticipation, although they surged to 0.809% overnight on the sale of US government bonds.

Finances have been under pressure from speculation more fiscal stimulus, and lending, is ahead if Democrats win the presidency and control of the Senate in upcoming elections.

However such an outcome could be positive for global growth prospects, and commodity-linked currencies such as the Aussie.

“We expect increased post-election risk appetite and more aggressive Fed easing, damaging the multi-month US dollar,” wrote analysts at Westpac in a note.

“The RBA is still not interested in negative interest rates and Australia’s historically large trade surplus provides some isolation. We maintain our year-end target of $ 0.75 for AUD. “

The shorter-dated Australian bonds remain well supported by the market but are confident the RBA will soon cut its target for a three-year yield to 0.10%.


USYDNEY (Reuters) – The Australian dollar rose on Wednesday after four straight sessions of losses brought it to a three-week low while its New Zealand counterpart was also slightly stronger on optimism over riskier assets supported by US fiscal stimulus before the election.

Risk assets got a boost on news the White House and Democrats were close to a deal on a new coronavirus aid package when President Donald Trump said he was willing to accept a hefty bill of aid.

The Aussie has been on a downward trajectory in recent days on bets the country’s central bank will cut interest rates further to 0.1% in November and expand its bond-buying program.

Earlier, preliminary retail sales data showed a 1.5% drop for September on top of August’s 4% drop, suggesting consumers are cutting back on spending.

However, the quarterly figure is up 6.8% from a year ago, which means private consumption is likely to make a positive contribution to third quarter gross domestic product growth.

Separate data showed that job vacancies rose more than 6% last month with increases in every state and territory, although job advertisements were still 12.2% below the levels in September 2019.

“The recovery path remains bumpy, but the economic recovery is underway,” said Craig James, chief economist at CommSec. “There are more jobs to fill and retail spending remains solid.”

“The Reserve Bank wants to add momentum for the recovery with more monetary stimulus. The goal is to get more people back to work and back quickly, “added James.

Australian government futures slipped, with a three-year bond contract YTTc1 down half the tick at 99.83. 10 year contract YTCc1 down 5 ticks to 99.19.

According to data from the analysis company Sensor Tower, since its release at the end of September, this game that can be used on mobile devices, PlayStation 4 and PC has generated $140 million in sales on mobile devices alone. Japan is second only to China. The largest market.

The success of “Genshin Impact” reflects China’s growing penetration of the Japanese mobile market, with games from gaming giants Tencent Holdings and NetEase ranking top in the best-selling game rankings.

The game has found a foothold by adopting Japanese games, similar to Nintendo Co Ltd’s “The Legend of Zelda: Breath of the Wild”, and has stock anime characters and dialogues.

The sales of “Genshin Impact” are driven by its “gacha” system, which uses real currency to receive random rewards to help players move forward faster.

This system is the core of Japan’s top mobile games, similar to the “rob box” in many Western games, but there is usually only a small chance of getting a good return. As a result, players put money into gacha, and getting rare items becomes their own game.

“Genshin Impact” is also becoming more and more popular in the United States, with sales of more than 20 million U.S. dollars, which shows that people are more accepting of gacha, and gacha has been criticized for its way of encouraging consumption.

According to data from the game review platform Taptap, the game is the second largest game in China, second only to Tencent’s popular single “Glory of the King”.

The source said that even if Mihoyo is not satisfied with Huawei’s sales commission structure in its app store and decides not to put its games there, its popularity still appears.

As developers struggle to cope with the impact of the COVID-19 pandemic, affect the release date, and gamers await the consoles launched by Sony and Microsoft in November, “Genshin Impact” also landed.


TOKYO (Kyodo) – Ministers from Japan and Pacific island countries and regions agreed on Tuesday to cooperate with Tokyo to host a summit of their leaders in the coastal city of Shima in 2021, with a response to the coronavirus set as top agenda.

Foreign Minister Toshimitsu Motegi, who co-chaired the online ministerial meeting, stressed Japan’s determination to support the Pacific island region in strengthening their health care systems and achieving economic growth amid the COVID-19 pandemic, according to the chairman’s summary.

Japan has provided 4 billion yen ($ 37 million) worth of medical equipment and 580 million yen worth of technical support and medical supplies since the pandemic spread. It is also set to provide emergency support loans to countries struggling with sharp falls in tourism revenue due to the coronavirus.

The ministers “acknowledge the devastating health, social and economic impacts of the COVID-19 pandemic and the importance of regional and multilateral collaboration to respond and recover,” the summary said.

Japan has hosted the Pacific Island Leaders’ Meeting every three years since 1997, with a focus on issues ranging from climate change and disaster management to the sustainable use of marine resources.

Shima, in central Japan’s Mie prefecture, hosted the Group of Seven summit of developed countries in 2016.

The forum brought together Japan, 14 Pacific island nations, Australia and New Zealand, as well as French Polynesia and New Caledonia, both of which are French territories.