ISLAMABAD: PML-N leader Ahsan Iqbal on Thursday accused Prime Minister Imran Khan against national consensus by talking about the status of Gilgit-Baltistan province before the election.

“All state leaders have agreed that they will not talk about the status of Gilgit-Baltistan province before the election, in the presence of the Army Commander and the Head of Inter-Service Intelligence (ISI),” Iqbal said while addressing media. in Islamabad.

Criticizing the prime minister for making the announcement without consensus, PML-N supporters said he was insulting the political and military leadership by declaring the status of Gilgit-Baltistan province without consensus.

He also rejected reports of the Opposition leaders’ resignation.

No National Assembly (MNA) Member sent his resignation directly to the Chairman and all members submitted their resignation through the party leadership, he said.

Back in November, PM Imran Khan had announced provisional provincial status to Gilgit-Baltistan when he visited the region for the 73rd Independence Day celebrations.

“One of the reasons I came to Gilgit-Baltistan was to announce that we have decided to give Gilgit-Baltistan temporary provincial status,” he said. “We have taken this decision keeping in mind the UN Security Council resolutions,” added the prime minister.

Speaking at the Palestine Solidarity Conference organized by the Palestinian Foundation of Pakistan in Idara-e-Noor-e-Haq, they emphasized solidarity among Islamic countries.

JI Karachi Ameer Hafiz Naeem-ur-Rehman who chaired the conference said that the Palestinian issue is not only a religious issue but also a humanitarian issue. Israel cannot be accepted at any cost and Pakistan’s stand on Palestine is ideological.

He said that recognition of Israel by two or more countries did not eliminate the difference between right and wrong.

Hafiz Naeem-ur-Rehman said that the scapegoats among our ranks raised their voices to pave the way for recognizing Israel cannot be called a friend of Pakistan.

He said all Islamic countries must unite against Israel.

Responding to the conference, senior PPP leader Taj Haider said that those who speak out in support of Israel are indirectly justifying Israel’s atrocities against Palestine. He called on the media to play a vital role in strengthening solidarity among Muslim countries. MWM’s Maulana Baqar Zaidi said that only a few leaders of Islamic countries, not all countries have recognized Israel because their country also opposes their decision.

He said terror organizations were formed by enemies of Islam; However, all of them failed to achieve their evil designs.

He also argued that Muslim countries should unite against the occupation of the Zionist state. Palestine will soon be free from Israeli atrocities, he added.

Younus Buneri from ANP expressed his gratitude that all religions, politics and other parties are on the same page against Israel.

He said there would be no peace in the world unless Palestine would become independent.

He said that Pakistanis have full sympathy with the oppressed Palestinians.

Israr Abbasi from PTI regretted that the previous government did not properly address the Palestinian issue at the international level.

The Palestinian Foundation Secretary Sabir on the occasion said that if the referendum was to be held in Pakistan, 99 percent of Pakistanis would vote against the Zionist state.

He said Muslim countries that recognized Israel would regret their decisions in the future.

He said PM Imran Khan had reiterated Pakistan’s longstanding position that relations with Israel could not be built without solving the Palestinian issue at the will of the Palestinian people.


The Australian prime minister canceled a trip to Papua New Guinea Saturday as political turmoil in the Pacific nation cast doubt on the leadership of the ruling government.

Scott Morrison will meet his PNG counterpart on Wednesday but agreed to postpone the trip following a request from Prime Minister James Marape, a spokesman for Morrison said.

The decision came after several senior PNG ministers, including the deputy prime minister, defected to the opposition on Friday and voted to suspend parliament – marking a challenge to Marape’s leadership next month.

Morrison intends to visit the country on his way back from a visit with Japanese leader Yoshihide Suga next week.

Since May last year, Marape has ruled through a divided coalition.

The law blocked any challenges to his rule for the first 18 months but that period ended in late November.

Following the suspension of parliament, the country’s opposition said they had gained enough support to strike a vote of no-confidence against Marape when parliament resumed on December 1.

But the leader tried to defuse the challenge on Friday – calling it “normal PNG-style parliamentary business.”

He still has 52 MPs to support him and is in negotiations to secure the 56 members needed for a majority before the return of parliament, he added.

Papua New Guinea’s politics is very fluid and since independence, no party has ever held an outright majority, with parties relying on coalitions to govern.


Sindh information and the local government minister said that the municipal waste management agency proposed to be established in the province would work under the leadership of the elected city from the concerned districts.

Speaking at a press conference on Sunday, Syed Nasir Hussain Shah said the Karachi Waste Management Agency would be formed as an autonomous body to carry out garbage disposal work in the city.

The Provincial Coordination & Implementation Committee has proposed at its meeting on Saturday that separate and autonomous waste disposal agencies be set up in major cities in the province, while the existing Sindh Waste Management Agency will be maintained as a centralized policy formulation body.

Shah said the proposed new system would bring improvements in the civil affairs of cities in the province. He said work on the new local government system was underway, adding that there would be many improvements in provincial municipal affairs after the introduction of the new system.

The local government minister said sanitation work and tax collection by city agencies would increase with the introduction of a new city system in the province.

He said the Sindh government of the Pakistan People’s Party was unable to create sufficient jobs for the public in the last five years due to a lack of available funding from the federal government.

He also said that the disbursement of salaries to provincial government employees was also a problem due to the lack of funds available from the center.

He claimed that the performance of the Sindh chief minister and his administration was far superior to that of the federal government and other provincial governments in the country.

He said CM Syed Murad Ali Shah would continue to be the chief executive of Sindh on the basis of his outstanding performance. He also said the Sindh government had purchased enough wheat so that the people of the province did not face a grain shortage.

The Information Minister said the federal government had failed completely to check smuggling of wheat which had caused a shortage of a vital commodity across the country.

He said the Sindh cabinet had adopted revised support prices for wheat and sugar cane to provide maximum returns to farmers. He also said the provincial government would take swift action over complaints of selling wheat flour at exorbitant prices.

Regarding the National Institute of Cardiovascular Diseases in Karachi, the minister said the hospital had provided excellent health care services to people and the facility was unmatched.

The day before, it was revealed that the coordinating committee for federally funded projects being implemented in Sindh had proposed a separate autonomous body at the division level for waste disposal work while assigning policy formulation responsibility to the Sindh Waste Management Council (SSWMB).

Similar arrangements were also proposed for the control function of the building, which is currently under the Sindh Building Control Authority (SBCA).

The Provincial Coordination and Implementation Committee (PCIC) meeting was held at the Main Minister’s House on Saturday with CM Murad Ali Shah as chairman. Attended by federal ministers Asad Umar and Aminul Haq among others.

After discussing the cleanliness of rainwater drains in the city, the meeting concluded that the drains would remain clogged until and unless an efficient garbage disposal system was not developed in the city. This suggests that due to the improper disposal of garbage from the roads, solid waste is dumped into waterways, choking it resulting in city flooding during heavy rains.

Meeting participants proposed to the provincial government to allow SSWMB to function as a central policy-making organization and to establish separate and autonomous bodies at all head offices in the province for door-to-door waste collection, and municipal solid waste transport to waste transfer stations and then to landfill sites.

Under this proposed arrangement, Karachi, Hyderabad, Larkana, Sukkur, Mirpurkhas and Shaheed Benazirabad will have separate solid waste management agencies to keep these cities neat and clean.

The meeting was told that there are 422 dangerous buildings in the city but the buildings that have collapsed over the past few months are all illegal construction.

It said that stopping illegal construction was necessary to protect people’s lives and property. The meeting proposed to the provincial government to allow the SBCA to function as a policy-making organization while Karachi, Hyderabad and other divisions may have separate autonomous bodies for building control functions.

It was also shown that every newly constructed building must have a certain life span and if it collapses before its life is complete, the builder must take responsibility.

CM said that the Provincial Government would consider the coordination committee’s proposal.

The meeting also proposed hiring a consultant to design the aqueduct according to the master plan and submit a report so that encroachment could be removed from the canal. 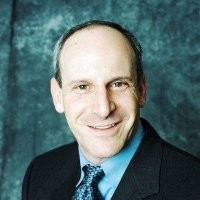 Stern’s appointment becomes effective October 1. He will replace Matt Turnbull, who has worked with Los Angeles-based Good Food Holdings since 2012, and has served as CEO since 2018. Turnbull will stay until December to help with the transition.

Stern informed WGB in email he will explore opportunities to grow organically and through additional acquisitions; develop centralized capabilities to enable banners – each run separately – to have the capability to be implemented in their markets; “And to get the resources needed to enable that growth.”

“We have extraordinary talent at the banner level,” he added, “so [I will] let them continue to grow. “

Stern described the brand as growing and “sustainable against future threats.”

“We have more than just defended against Whole Foods / Amazon [during] pandemic, “he said.

Stern has served as a senior partner with Chicago-based McMillan Doolittle since 1986. He moved to Los Angeles for a new role.

“I am very grateful for the time I have had over the years helping build Good Food Holdings,” said Turnbull. “It has been a personally rewarding experience to work and grow with our different brands as they highlight their differences.”