Glenn Grosshuesch, Yankton’s 95 year old, died January 16, 2021 at Avera Majestic Bluffs in Yankton. Due to COVID-19 a family and dhikr service will be held by the end of 2021.

Glenn was born April 13, 1925 in Yankton, SD and is the third son of Oscar and Leona (Auch) Grosshuesch. He attended Yankton public school until he answered the call for duty, serving in the US Navy as a member of the Armed Guard, manning weapons on merchant ships. The first act experienced was in the Marshall Islands. On board the SS Glackens, he received several large bruises when there was a shipwreck in the China Strait near New Guinea. Aboard the SS Sioux Falls he invaded Okinawa. He is also a charter member of the National Guard unit in Springfield, SD, serving six years.

Returning to Yankton after the war, he married the love of his life, Phyllis Brunick June 20, 1948. They met and dated while he was on leave from the Marines. They have three children, Mike, Debra and Roger.

Glenn received his high school diploma by taking the GED test. He earned a BS at Southern State college in Springfield and a Masters degree at CSU in Fort Collins, CO. He taught college for 30 years, first teaching body repair and then head of the Vocational Teacher Education Department and held the position until the college closed in 1984. His program was transferred to Dakota State College in Madison and after teaching there for one year, he receive early retirement.

After retiring in 1985, Glenn and Phyllis became snowbirds, towing the 5th wheel trailer. After selling their home to Mike and Carla, they became full-time RVers, camping in Florida, Texas, and Arizona. They are charter members of the Saguaro Coop in Benson, AZ. The most memorable trip was via the Alcan Highway to Alaska and arriving back at Benson five months later.

Glenn is survived by his beautiful 72 year old wife, Phyllis; Mike and Carla from Springfield, Debra and Ray Madzia from Sierra Vista, AZ and Roger and Jack Bradley from Homosassa, FL; grandson of Cory and Nikki of Sioux Falls; stepson of Ashley Pruss; great-granddaughter of Emma Sue and stepdaughter of Andy Jacobs of Springfield.

He was preceded by death by his parents; brothers Jerry and wives Dorothy Gross and Col Lee and wife Andi Grossheusch; brother-in-law Stanley and Marjory’s wife Orville and wife Janice, Lloyd and wife Reva Brunick and sisters-in-law Bea and Marvin Auch.

The family would like to thank the nursing home and Majestic Bluffs for all the love and care they have given Glenn during her time in their care.

On January 1, 2021, USMC’s Delbert (Del) Littrell completed his earthly deployment to be with our heavenly Supreme Commander.

As a marine, Corporal Delbert embarked on a World War II tour of unprecedented military combat with his unit of the 4th Marine Division. He was involved in five invasions which included the Marshall Islands, Saipan, Tinian, Iwo Jima, and Okinawa. He always said that Iwo Jima was the worst battle because the enemy wasn’t on the island, they were inside the island.

At the age of 96, Del and son Vernon embarked on a road trip together in February 2020 to Camp Pendleton, California, where he was honored at the 75th Iwo Jima Reunion. Del is also known for helping start the Marine Corp League, Coquille River Detachment # 1042, being one of the first members. After moving to the Medford area in 2010, she and Gordon Woods started a Veterans breakfast at Punkey’s Diner for all service members to hang out and tell stories. On 18 November 2020 he was promoted to Corporal by the US Senate.

In 1952, he met Gloria May Goodale at the Eagles Dance in Coos Bay. They married in 1954 and live in Sumner where they raised their two sons, Vernon and Kenn. Del worked in the Georgia Pacific for 25 years until the factory closed and then they moved to Delta Junction, Alaska where he worked in the Civil Service and retired in 1987 from Army Base Fort Greely.

They then moved to Coos Bay and then to Medford to be closer to their son Vernon.

Del enjoyed years of traveling, fishing, and hunting in the 33 years he retired. He especially likes camping with his many friends which they call the “Old Wrinkle Face Club.”

Del will be buried this spring at Eagle Point National Cemetery in full military honors. The date will be announced later.

He was born August 19, 1936, in Markland, Indiana, to Herschel F. Scott and Clara Chase Scott White. He grew up in Switzerland County, Indiana, where he attended Patriot High School. She married Darrel Edwin Chase at the age of 16 and they have two sons. He worked at the Allensville and Pleasant schools where he was a cook and drove a food van. He later worked as a cafeteria supervisor for the Swiss County Primary School in East Enterprise, Indiana. She is a member of the Brushy Fork Baptist Church near Pleasant, Indiana, and enjoys cooking, crocheting, shopping, gossiping, chopping, ceramics and spending time with her grandchildren. He also enjoys playing euchre, badminton and croquet.

Survivors include a brother, Bill Scott of Rochester Hills, Michigan; a sister, Darlene White of Rising Sun, Indiana; her granddaughters, Tina Girton from Vevay, Indiana, Cassandra Rachelle Chase of Pleasant, Crystal Richmer from Madiso and Cayla Rogers from Bennington, IN; daughter-in-law, Jill Chase of Fairview; and seven great-grandchildren, great-grandchildren, and several nephews and other relatives.

He was preceded by death by his parents; her husband of 66 years on January 7, 2020; his sons, Jerry Dale Chase in 1968 and Jack Lee Chase in 2016; and four brothers, Earl Scott, Aaron Scott, Charles Edward Scott and Jess “Junie” White Jr.

A private family-only funeral service will be conducted on Monday, 11 January 2021 at the Haskell & Morrison Funeral Home in Vevay. 3:00 pm-6:00pm visit on Sunday, January 10, at the funeral home.

Due to COVID-19 restrictions, face masks and social distancing are required and the capacity of funeral homes will be limited to 25 people at a time.


William (Bill) J. Thomas of Mineral Wells, TX passed away on Tuesday, January 5, 2021. Mr. Thomas was born February 9, 1930 to Charlie and Velma Johnson Thomas in Electra, Texas. After graduating from high school, he joined the United States Air Force where he was stationed in Hawaii and the Marshall Islands. After leaving the Air Force, he married Romona Bailey on December 31, 1952 in Olney, TX. He moved to Mineral Wells with his family in December 1956 and has long been a member of the Calvary Baptist church, where he served as Deacon. He worked for many years at Southern Airways and later S-Tec as an aviation mechanic. His death was preceded by his parents, his wife, Romona Thomas, brothers Charles and Paul Thomas, sister Louise Blackmon, son-in-law Mike Halencak, and great-granddaughter, Amberly Isham.
Survivors included his children, daughter Denise McDonald of Mineral Wells, daughter Becky Thomas of Fort Worth, son of Bill Thomas and wife of Traci of Mineral Wells, daughter of Robin Halencak of Vernon, 8 grandchildren and 10 great-grandchildren.
Visits will be made on Fridays 5-7 at the Baum-Carlock-Bumgardner Funeral Home. The funeral service will be held at 10 a.m., Saturday, January 9, 2021 at Calvary Baptist Church. The funeral will continue at Woodland Park Cemetery. 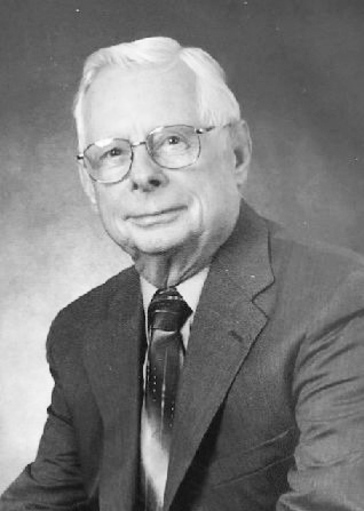 
After giving birth to her second son in the mid-1970s, Nancye Radmin found that she had gained 80 pounds. “I went to buy black gabardine pants so I could get through my fat mass and be exposed to nothing but polyester clothing,” she later told the Los Angeles Times.

Instead of getting angry, Mrs. Radmin decided to get rich. With $ 10,000 from her husband, she launched the Forgotten Woman clothing chain in 1977 to sell fashion to Rubenesque women. Lane Bryant’s store been serving plus size women for a long time, but Ms. Radmin is more focused on the higher market, where clothes can cost over $ 1,000.

Its first store was in Midtown Manhattan. Within a few years he had shops all over the country. “I am very happy to see that not everyone in Beverly Hills is toothpicks,” he told a reporter in 1981.

The shops feature Sugar Daddy counters that offer snacks and champagne. By the late 1980s, the chain had more than 20 stores. Some locations were unsuccessful, and department stores began to compete more aggressively for the same customers. Ms. Radmin stepped down as CEO in the early 1990s and eventually left the company. Resurrection attempts by other owners were unsuccessful, and the chain went out of business in 1998.

Radmin died on December 8 at his home in Lakeland, Florida, at the age of 82.