Peace protesters gathered in Berlin’s government district on Saturday as part of a national demonstration calling for disarmament. 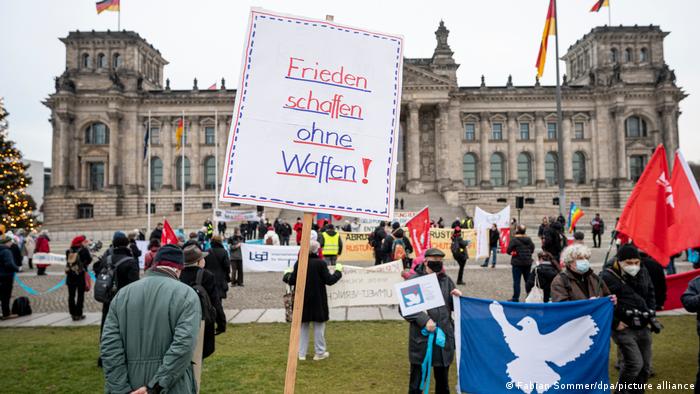