Police said a 12-year-old boy, James Alex Hurley, in Montana was found dead after physical abuse and forced exercises by grandparents and uncle accused of torturing him to death.

The grandparents and uncle of a 12-year-old boy in the state of Montana have been charged in connection with their grandparents, James Sasser Jr. and Patricia Batts, during the last two years of death after police said they found evidence that the child was tortured.

The report says that the couple’s children, including their 14-year-old son, who was James’s uncle, are being charged as minors in the case. Police investigators told the court in their documents that the videos found by the police show a pattern of abuse that included forced exercise and physical abuse.

“I believe that torture and systematic beatings are perpetrated on the victim in this case that led to his death,” Bjorn Boyer, deputy county attorney for the Gallatin County Prosecutor’s Office, told CNN.

According to court documents, the three defendants have been charged with a charge of deliberate manslaughter.

A fourth person, Gage Roush, 18, was also arrested for serious assault on a minor. The court documents allege that Roush, a family friend, could be seen in a video of a cell phone hitting Hurley with a shovel.

Batts told detectives that he found James’s body on February 3 in the living room, according to the complaint.

James’s body was taken to the Montana State Crime Laboratory for an autopsy on February 4; He said his preliminary cause of death was blunt force trauma to the back of his head, according to the complaint. Toxicology reports are pending.

Detectives confiscated cell phones from uncle and grandparents and put together a timeline based on abuse videos dating from December 2019.

During the search of the house, detectives found that the food in the house was locked up, so James had no access to it, the complaint said. The Islamabad High Court (IHC) on Thursday banned physical punishment of children in schools and issued notices to all parties named in the call to respond within two weeks.

According to the details, the president of the Supreme Court of IHC, Athar Minallah, heard the petition presented by the famous Pakistani singer, social activist and president of Zindagi Trust, Shehzad Roy, against student torture in educational institutions.

During the process, Roy’s lawyer told the court that teachers and school administrators are subjecting students to brutal torture that directly affects children’s mental growth.

Judge Athar commented that a bill that highlights this issue was also approved in the National Assembly (NA) on which, the lawyer reported that the legislative process is being delayed due to political issues.

Meanwhile, the judge also ordered the Ministry of Interior to take measures to prevent school punishment under article 14 of the Constitution.

In addition, the hearing was postponed until March 5.

ISLAMABAD: The High Court of Islamabad (IHC) delivered notifications to authorities interested in an allegation Thursday seeking a ban on physical punishment and torture of school students in Islamabad.

The statement was presented by President Zindagi Trust Shehzad Roy.

Roy’s lawyer, Shahab Usto, in his arguments before the President of the Supreme Court of the IHC, Athar Minallah, said it has become a routine to physically punish students under the name of discipline and that the media transmits that news almost daily.

Usto said Pakistan is ranked 154 on the list related to the protection of the rights of children in 182 countries around the world. The court was asked to approve orders in accordance with the United Nations Convention.

IHC CJ, Judge Athar Minallah commented that the National Assembly also passed that law that prohibits physical punishment of students at school. In declaring the declaration of public interest, he issued the notices to the secretaries of the Ministries of Home, Law, Education, Human Rights and the Islamabad PGI.

The new hearing on the declaration was postponed until March 5.

Speaking to newsmen outside the IHC, after the hearing along with his lawyer Shahab Osto, Shahzad Roy regretted the presence of the law, which allows physical torture of students.

He said that torture of school students ends in a severe loss and the act is considered a severe crime in many countries of the world.

Roy said torture on school students is against the constitution of Pakistan. 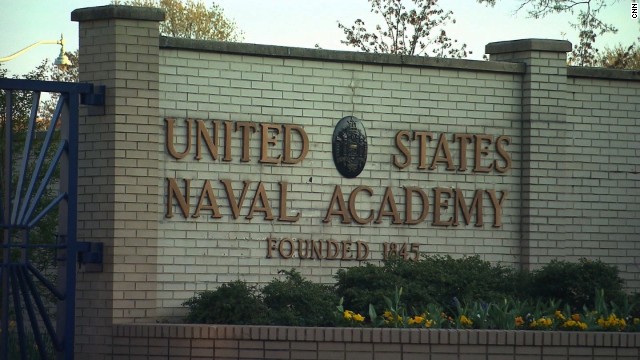 The ship will be identified within 24 hours of the family’s notification, the Naval Academy tweeted. He said the brigade, staff and faculty of the middle ship had been informed and that the pain advisors were available to help.

No further information was immediately available.

The Naval Academy conducts physical readiness tests twice a year includes the board and push-ups. Its mission is “to develop mid-ship men morally, mentally and physically and to infuse them with the highest ideals of duty, honor and loyalty”, he says on his website.

The ship will be identified within 24 hours of the family’s notification, the Naval Academy tweeted. He said the brigade, staff and faculty of the middle ship had been informed and that the pain advisors were available to help.

No further information was immediately available.

The Naval Academy conducts physical readiness tests twice a year includes the board and push-ups. Its mission is “to develop mid-ship men morally, mentally and physically and to infuse them with the highest ideals of duty, honor and loyalty”, he says on his website.

ST. LOUIS (KMOV.com) – Michael Williams lost part of his right leg last June and is still struggling to get used to walking with a prosthetic leg.

“My therapist told me that I had to start walking more so I could get used to wearing the leg prosthesis and I feel it is part of me,” he said. “So I can stop fighting.”

So, Williams took a walk Wednesday in the 1400 block of Carr Street. During his walk, he became a victim of different types.

“I only feel these hands on my ear. They are just taking the plugs off my ears and they tell me to give me everything you have,” he said.

The former retail store manager, who now raises $ 950 a month from disability, says he raised his hands after noticing that the suspect had a gun.

“I knew the gun was real when I heard the safety click,” he recalled.

“They were young. You can say it in their own voice,” said Williams. “I didn’t see any faces. They were behind me all the time.”

Williams is not sure that the St. Louis police will catch the two people who robbed him, but he believes the thieves have wasted time.

“I don’t understand who would rob a physically disabled person. They have a wallet. There’s really nothing they can do about it,” he said.