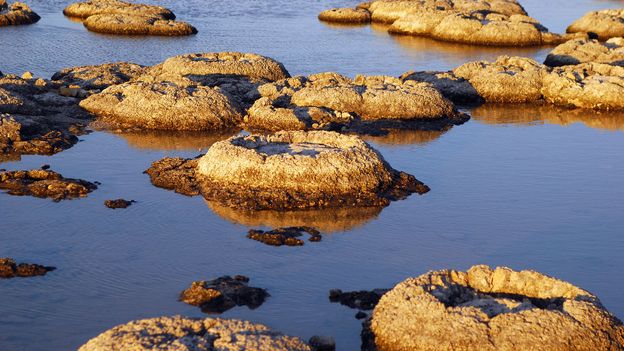 
LAHORE: Prime Minister Imran Khan on Friday directed Punjab Inspector General of Police (IGP) Inam Ghani to utilize all resources to protect the lives and property of citizens. Chairing a meeting on the reform and performance of the Punjab Police here, the prime minister emphasized the use of modern technology to control crime. Imran Khan emphasizes solving citizens’ problems based on merit and taking decisive action against officials who create obstacles on the road to justice.

The prime minister regretted that political appointments were made in the police during the previous regime, which adversely affected the department’s performance. He said nothing had broken the law and asked police personnel not to give in to political influence or pressure. He said police treatment on an equal and legal basis would result in citizen satisfaction and asked IGP Punjab to focus on improving the image of its department.

The prime minister said appointing honest officials to important positions had implications from the top to the grassroots level, and called for merit-based deployments and transfers only to ensure dispensation of justice.

He said catching big criminals warns minor offenders to refrain from engaging in crimes. IGP Inam Ghani briefed the prime minister on the progress of reforms related to the Punjab Police and informed him that a proposal on the financial autonomy of the police station and a reconciliation board mechanism had been submitted to the chief minister.

The prime minister expressed his satisfaction with the performance of the chief secretary of Punjab and IGP. The Chief Minister of Punjab Sardar Usman Buzdar and Special Assistant to PM Shahzad Akbar attended the meeting.

Meanwhile, Imran Khan said because 60 percent of the country’s population was involved in the agricultural sector, its promotion and development in modern channels was the government’s top priority.

The prime minister pointed out that apart from addressing basic food security issues, the agricultural product value chain must be fully focused. He further emphasized for the formulation of a comprehensive strategy with a schedule in which agricultural productivity could be tripled from the current level.

The prime minister directed Punjab’s Minister of Labor Ansar Majeed Khan Niazi to ensure the protection of workers’ rights under the new labor regime and there should be no compromise on this.

Meanwhile, Imran Khan and Punjab Chief Minister Sardar Usman Buzdar met in Lahore and discussed the situation of the province as a whole.

Napoli have Pizza, Rome has cheese and pepper and Sicily has cannoli. Arguably the most famous dessert in Italy, cannoli is proudly featured in almost every Sicilian cafe and café pastries, respected on the island official website and immortalized by the Sicilians at The Godfather with the famous line, “Leave the gun, get the cannoli.”

But if you’ve ever seen a cannolo and thought, “yeah, it looks like that,” you are not alone. The lovable Sicilian cutie does resemble a phallus – and for good reason.

In Ancient Greece, during the celebration of Thesmophoria in honor of the goddess Persephone and DemeterPeople consume honey and sesame cakes in the shape of breasts to celebrate fertility and motherhood. The practice, which is thought to stem from an earlier rite held in Ancient Egypt to worship the goddess Isis, later spread throughout the Mediterranean and into pre-Roman Sicily.

You may also be interested in:
• What you don’t know about panettones
• The origin of the burrata is surprising
• The French fight over chocolate cake

According to Maria Oliveri, an expert on cultural heritage studies from the city of Palermo, sexual organs were not considered taboo in the ancient Greek and Roman world but were revered as symbols of abundance. “The sexual form of Sicilian desserts originated in that ancient world. In the past, it was important to have many children, because they would cultivate the land and provide for the family, “said Oliveri.

By the 11th century, the Norman conquerors had converted Sicily to Catholicism, and ancient traditions had changed it mixed with Catholic traditions; observation of the winter solstice mingles with Christmas, and fertility rites joining Easter. The ancient dessert survives and is preserved by the nuns, who make confectionary in their convent for festivals and religious holidays.

Since Ancient Greek times, the creation and consumption of this edible symbol associated with the sacrificial ritual, and was thought to bring people closer to the gods. Since this idea was brought into Catholicism, nuns were allowed to develop confectionery despite medieval monastic rules prohibiting greed.

For Carnival – a pre-Lenten celebration rooted in an ancient festival in honor of Bacchus, the Roman god of wine and ecstasy (Dionysus in Greek) – the rules are getting crooked. According to Dario Mangano, a semiologist at Università degli Studi di Palermo who wrote a dissertation on the semiotics of Sicilian desserts, the rules sometimes need to be overturned to be reaffirmed – and Carnival is allowed for that.

Unfortunately, most of the monasteries that use the traditional recipe for cannoli (such as Abbazia Nova in Palermo) have closed, and only a handful of elderly nuns still know how to make them. And while cannoli is now ubiquitous throughout Italy, the best and most “authentic” can arguably be found only in a few Sicilian cafes such as Sicilian coffee in Noto, Euro Bar in Dattilo and several places in the commune Albanian Plain.

To help save tradition, Oliveri opened a new pastry shop in 2017 inside Monastero di Santa Caterina in Palermo named Monastery secrets (Secrets of the monastery), where he made sweets from recipes he discovered through archival research and from aristocratic families who obtained them from the Sicilian monasteries. Unlike most shops that use industrially produced cannoli shells, Oliveri makes his own from scratch, prepares the dough, cuts it into circles, wraps it in tubular molds and then fry it.

On the day we spoke on the phone, he had just finished making 900 of them. According to him, handmade cannoli tastes better than mass-produced cannoli because it is fried and sold right away, preserving the desired crispness and flavor.

Corrado Assenza, pastry chef and owner Sicilian coffee (and featured on Netflix Chef’s Table), is the heir to modern Sicilian pastry making. While other pastry chefs make several variants of cannoli, such as rolling them in pistachio grains or filling them with chocolate-flavored ricotta, he follows a traditional, simpler recipe and fills the shells to order, so they are still crunchy.

“Cannoli has become an icon of Sicily,” said Assenza. “And for me this is the embodiment of contemporary food culture, in the version we proposed in Caffè Sicilia.”

Assenza emphasizes that good ingredients are essential for great cannoli. For example, for more than 20 years, he has used ricotta made by Franzo Spada, a local herder and owner of the dairy product La Pecora Nera, who practices transhumance (the ancient practice of moving sheep to a seasonal grazing area), believing that foraging for better food lead to better milk, and therefore, better ricotta.

“Ricotta who comes to the cafe three times a week is a unique legacy,” he said. “Nothing is bothersome [the shell and filling] because you need to leave room for flour, ricotta, and other ingredients, to become micro-masterpieces. “

Despite those created by traditionalists such as Assenza and Oliveri, most Sicilian cannoli have changed tastes and ingredients over time – due to technological advances and other cultural influences – and have spread around the world. Nowadays, for example, you can find variations such as multi-flavored cannoli Little Italy in New York or Boston North End, fund version with maple and bacon in Sweden.

But despite the deviation from the original, the cannolo’s structure – which makes it incredibly difficult to eat without making a mess – remains the same. “If the cannoli is over 1,000 years old, it’s because it meets the taste of every age,” says Assenza. “I hope it will remain a popular sweet that a lot of people will buy.”

Culinary Roots is a series from BBC Travel that connects rare and local foods woven into a place’s heritage.

If you like this story, Sign up for BBC.com’s weekly featured newsletter called “The Essential List”. Selected selection of stories from BBC Future, Culture, Worklife and Travel, delivered to your inbox every Friday.

YT Industries has chosen to donate 3% of the proceeds from sales of bicycles purchased in Germany in the last six months of 2020 to a pool of non-profit organizations in the bicycle world – the unexpected ripple effect of the pandemic.

Starting July 1, 2020, the German federal government reduced standard VAT on purchases from 19% to 16% as part of a 6 month pandemic assistance plan. YT, which includes VAT in its online prices, decided to take the additional 3% and donate it to organizations and projects that increase access to sports and improve trails in Germany.

“We hope that you are interested in contributing this difference to an association or nonprofit rather than investing in a disproportionate effect of change,” the company wrote in German on its blog in July.

YT follows up December 18 by announcing that the company has selected 17 nonprofits that are believed to have the greatest impact on youth access and trail advocacy.

From the YT blog, translated from German:

When the federal government decided to reduce VAT from 19% to 16% in the second half of 2020 to stimulate consumption, we decided to keep the gross price and use the difference to promote our sport in Germany.

In early July, we asked a non-profit MTB project in Germany to apply. And our cries are heard! We got more applications than we expected and most of them immediately showed how passionate and passionate the people responsible for MTB were in their projects. This includes, for example, a team from MTB-Augsburg who are not only committed to building a legal trail network, but also ensuring that all forest visitors can enjoy nature together and be caring. The Albert-Schweitzer School of Gundelfingen, which supports socially disadvantaged children on bicycles and trails, is completely different.

So it’s not just the huge numbers, but also the quality and diversity of clubs and initiatives that make it difficult for us to choose. In the end, we decided to fund 17 projects from four categories that we believe best cover all aspects of our sport and where our donations will have the maximum impact.

The organizations selected are:

TSV Eibelstadt, which aims to establish a flow path with all capabilities
Key Island of Forchheim, which aims to revive the local pump line
Zweiradportler Bamberg eV, a tracking organization in the city of Bamberg
JAM – Bamberg, a resource for giving youth opportunities
Realschule Höchstadt, A high school that plans to build a bicycle parking lot
Rollkultur Weserbergland eV, which provides youth trail building workshops
Anorak 21, which provides bicycle rental and travel
Albert Schweitzer Community School Gundelfingen, a school that aims to establish a bicycle club
EV MTB-Augsburg, a trail advocacy organization in Augsburg
The Esslinger Nordschleife – ESNOS, The club that represents the local trail system
Gravity Pilot eV, an organization that advocates gravity riding in Germany
Fahrvergnügen eV, a track crew hoping to increase youth access to cycling
Green Hell Freisen, a group that organizes events and aims to spread stokes
Bikepark Engelsbrand, a young bicycle park that hopes to develop
Gersthofen’s natural friend, a group looking to improve their local bike parks and programs
Bikepark Osternohe, a bicycle parking lot that looks pretty fun if I may say myself