ISLAMABAD (Dunya News) – Prime Minister Imran Khan has announced his support for PML-Q candidate Kamil Ali Agha in Senate elections during a meeting with his leaders.

Prime Minister Imran Khan assured the League leadership that he would continue consultations with allies over Senate elections. Shah Mahmood Qureshi, Pervez Khattak and Shafqat Mehmood attended the meeting on behalf of the government.

During the meeting, Chaudhry Pervaiz Elahi also invited the Prime Minister to inaugurate the new Punjab Assembly building which was accepted by Imran Khan. 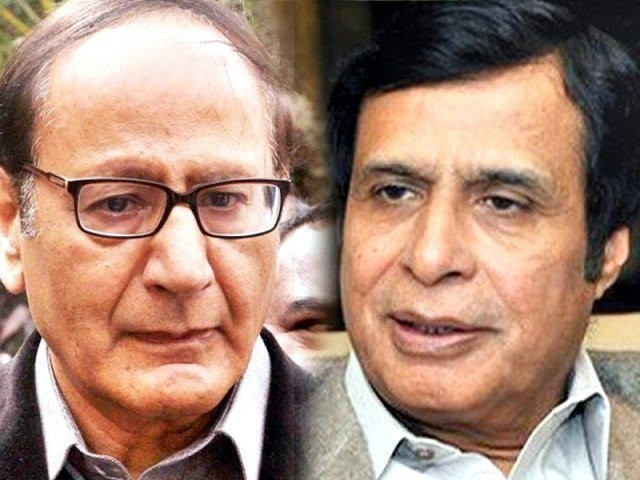 ISLAMABAD: Federal Minister for Housing and Employment and senior leader of the Pakistan-Quaid-e-Azam Muslim League (PML-Q) Tariq Bashir Cheema asked Prime Minister Imran Khan on Wednesday and told him about his party’s concern over reopening old cases by the Bureau National Accountability (NAB).

According to sources, Cheema expressed concern over the reopening of the 20-year request by the National Accountability Bureau (NAB) for Chaudhry Shujaat Hussain and Chaudhry Pervez Elahi.

“The whole country is in a state of emergency because of the coronavirus outbreak, so why is the head of the NAB opening up old things at such critical times,” Cheema asked.

The minister then added that the prime minister had assured an investigation into the matter.

In a statement issued after the meeting, the minister said that he had told the prime minister about PML-Q’s concerns. Whether the NAB chairman takes action on his own or at the request of others must be investigated, he added.

He said that the prime minister had assured him that he would investigate the matter.

PML-Q leaders have petitioned the Lahore High Court, alleging that the anti-corruption watchdog is a political engineering institution and raised questions about its investigative authority.

In addition, the petition requested the court to declare the reopening of a case that was nearly two decades by the authorities as illegal.

In the petition, the politicians highlighted that the court had previously decided on the role of the NAV and the wrong method of investigation.

The petitioners, who are important allies to the government, argue that the formation of NAVs, credibility, alignments and their use for political engineering have become a matter of intense debate not only by all political parties but also by human rights organizations and intelligence – both at the national and international.

LAHORE: Pakistan’s Muslim-Quaid League (PML-Q) leader Chaudhry Shujaat Hussain and Chaudhry Pervez Elahi on Wednesday challenged the authority of the head of the National Accountability Bureau (NAB) to reopen a 19-year case against them in the Lahore High Court (LHC).

The two leaders submitted a petition stating that NAB was an institution involved in political engineering and raised questions over the authority of its investigation.

They stated that the court had previously decided on the role of the NAB and the “wrong method” of its investigation.

The Chaudhry brothers said that the anti-corruption agency had launched an investigation into them on charges of abuse of authority, willful intentions and assets beyond their means in 2000 and failed to find any evidence against them over the past 19 years.

NCOC also gives a thumbs up to lock

They said the head of the NAB once again ordered an investigation in a 19-year case and stated that the chief anti-corruption watchdog did not have the authority to reopen cases that had already been closed.

They argue that the order for authorizing an investigation in 2000 was arbitrarily passed on two complaints called one of which was anonymous, while the other was without the complainant’s address.

They further said that the two complaints proceeded on a general charge, unclear and bald, and that it was also not supported by any evidence worthy of his name.

The petitioners stressed that they had regularly declared their assets in due time before the authorities and held property in their own names denied criminal intent.

The train is preparing for the resumption of train services

The Chaudhry brothers stated that they held important positions in the past including the prime minister and chief minister of Punjab.

They observed that their entire careers had been investigated for a very long period of time over the past two decades, but no evidence of proper names could be collected to suggest any personal gain by them at the expense of public treasury or abuse of public office.

“In this situation, the respondent bureau has no justification or legal authority to proceed on this issue,” the petition said.

“That what is called money laundering allegations is also unreasonable and reckless and the same thing has been leveled with the ill will of killing the character of the petitioners because the respondent bureau officials have failed to gather sufficient evidence to show that there are transactions relating to the applicants having a relationship with any crime, “he added.

Provinces disagree on the date to open schools amid coronavirus fears

The two leaders observed that they were victims of politics and asked the LHC to declare NAB’s move to reopen the 19-year-old case illegal.

Chaudhry Shujaat said in a statement that many political leaders had given statements about the 18th Amendment to the Constitution even without going through its contents.

He said that later generations did not know of several amendments because students had lost every movement based on amendments to education.

Shujaat said PML-Q had always supported the interests of the country and he would contact party leaders to reject the amendment.

Shujaat criticized that education standards were destroyed when the province was given the authority to design its own curriculum. He announced that PML-Q would oppose the curriculum related amendments.