At the time of the invasion, the East German government was implementing one of the largest African agricultural projects in Mozambique. East Germany, officially known as the German Democratic Republique (GDR), has planned 120,000 hectares of projects in various locations across the country. But the attack stopped everything. A total of eight GDR residents, a Yugoslav development worker, and five Mozambican citizens were killed in the attack. To this day, it is unclear who carried out the armed attacks.

The GDR has sent Manfred Grunewald, an agricultural expert, to the Unango project. Fortunately, he was in the capital of Mozambique, Maputo, at the time of the attack and was about to return to the airport when he heard the news.

DW: What really happened on that December morning when the GDR experts accompanied by the Mozambican army left Lichinga, where they live, to Unango, the project site?

Manfred Grunewald: People can say a lot. But in the first three months, we were guarded during the trip to the agricultural production site because, unlike in the past, RENAMO [National Resistance of Mozambique] a rebel movement suddenly appeared in the north. RENAMO does not attack strategically important military targets; instead, they are brutally attack the populationand often forced entire villages to flee.

Did only the GDR experts die?

No, the attackers killed seven Germans on the spot; the other two were seriously injured. A Yugoslav employee and five Mozambican citizens, including two guards, were also killed. It wasn’t that the guards disappeared and didn’t fire at all. They were also killed for fighting back.

Did the two injured people survive?

The seriously injured were brought to Maputo by small plane and operated on there. He died from his wounds ten days later. Someone suspects a dum-dum bullet [a deformation bullet; that expands and tears down body organs and tissue upon entry into body tissue]. That means the attacker used projectiles. They had been banned from war for a long time even then. Another injured person was shot in the leg. He came home with us and survived.

That’s interesting because other deaths are rarely even mentioned in reports here in Germany. What happened in the following days?

We fear that there will be more deaths, but we have yet to find out who else was included in the report. This sudden terrorist attack, which resulted in the deaths of so many people, also meant that the project had to be stopped overnight throughout Mozambique, and the GDR withdrew its entire staff. However, there were snipers at work who didn’t even allow machines and various other work bases to be removed. And the people of Mozambique have not been able to do any further work.

Are there times after your return that you and a bereaved relative have offered to help with the trauma?

As far as I know, the wife of the person who died was sick. Funeral expenses are covered, as are funeral advertisements in the local newspapers. There is also an orphan allowance for children and a widow’s allowance. So far this has been provided within the legal framework of the GDR, but there has been no specific support either before or after the fall of the Wall. There are no offers to deal with trauma. 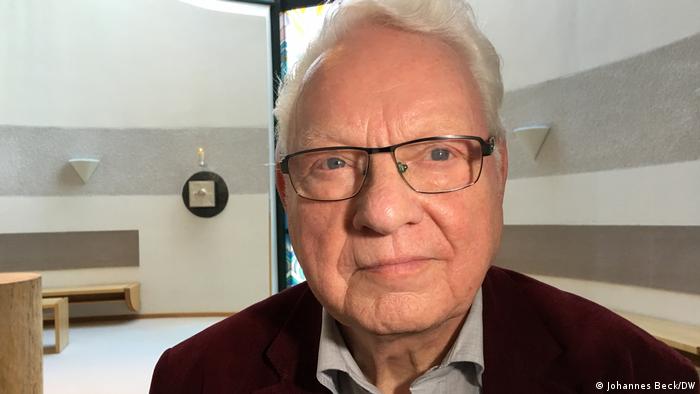 Manfred Grunewald is a GDR agricultural expert at Unango

On the contrary, it wasn’t even being investigated. So, never did the states, neither the GDR nor the Federal Republic, at the state level, public prosecutors, etc … do whatever it takes to investigate this terrorist attack. What disappointed me the most was that society accepted little or nothing of what was happening there.

Do you still want the attack on Unango to be resolved?

First of all, I want the Germans to not only proceed legally formally but also think about how one could use PR to reward the achievements of the experts at that time. Second, there is still something that can be done to clear up this dilemma. Who is behind it, that our group was attacked in such a way and paid for their efforts to cause good cause with their lives? Incidentally, none of our group hates or dislikes the Mozambican people.

On the contrary, we know some elements want to interfere with development. And if there is always only war and terror, then humanity cannot develop normally. It’s possible. At Niassa, either under socialism or capitalism, one can produce sufficient food products, also for the market. We have set up two shops selling vegetables and charcoal. Something was really happening there, and it shouldn’t be destroyed. That’s what I blame this devastating Mozambican element.

Ten years ago, there was a film on [German public broadcaster] MDR, and we got involved. A RENAMO representative from Lichinga denied responsibility and said, “a lot is happening in the context of war. But we are not carrying out this attack.” Mozambique was unable to withdraw to that position and said that we have granted amnesty. We’re not investigating anything anymore. We reserve the right to have our rights in Mozambique further examined. Even though these people died long ago, their children are now adults. The dead now have grandchildren. They want to know what happened at that time.

Manfred Grunewald is an agricultural expert from the former German Democratic Republic (GDR).