As scientists have doubled efforts to create a vaccine coornavirus, social distance, along with masks and hand hygiene, is the only protection from the deadly virus.

Now, new research has emerged, suggesting that compliance with social distancing has a lot to do with working memory. It is an indicator of intelligence.

The results of the study showed that those who follow guidelines for social distancing have better capacity of working memory than those who do not abide by them.

The study was published in proceedings of the National Academy of Sciences.

The capacity of working memory says about how much information people can hold in short term. It is also associated with judgment and problem solving skills.

Weiwei Zhang, associate Professor of psychology, University of California at riverside, said the study suggests policymakers should take into account the General people’s cognitive abilities when asking them to wear a mask or to deal with physical distancing.

The study was conducted on 850 participants in March. The participants filled out questionnaires on demographics and practice social distancing. They were also tested on personality and cognitive ability.

The study found that people with higher capacity of working memory becomes awareness of benefits over costs of physical distancing. Such persons exposed according to recommendations immediately after the outbreak of the coronavirus.

The aim of this experiment was to find out why some people do not follow the rules of social distancing. He also tried to facilitate strategies to enhance compliance.


Electric vehicles are increasingly discovering real-world applications as the technology develops behind them. New Zealand startup, UBCO, has ambitions to improve its off-road niche.

Innovative company recently sailed to the European market after its success in New Zealand and Australia. And now, they are on trial with the New Zealand Defense Force (NZDF). Models of all UBCO 2X2 wheels they might find a place in NZDF for tactical use.

Over the years, the company found uses in different offroad settings ranging from pest control, hunting, agriculture, conservation, and tourism. Now, the company sets its goals for military use.

NZDF has a vision to be more sustainable, reflected in their Tuku Iho framework, which roughly means “hands down“implies” returning something given to you in better condition than what you received “.

NZDF is conducting a detailed evaluation of EV bikes as patrol vehicles, especially surveillance and surveillance.

Hayden Robinson, who is that The Joint Experiments Manager for the NZDF Land Capability Branch also added: “Electric vehicles offer several advantages over fuel vehicles. They shut up, do not give up exhaust or hot, and is not supported by highly flammable liquids. They are simple to care for and onboard computers will be able to record various information about how bicycles are used. “

Doppelganger Monster Penguins were discovered for millions of years apart

Paul Scofield, curator of the Canterbury Museum in New Zealand, revealed more details about the same thing to the media portal. Paul told the media portal that plotopterids evolved in different parts of the world, millions of years apart. However, they certainly look so similar that from a distance it will be very difficult to distinguish them.

Picture #paleoart Giant Palaeocene penguins are giant and wonder why these animals are not more popular among palaeo fans. Seriously: tropical penguins spear the size of a human, friend! Who cares about boring T. rex again? pic.twitter.com/g5fIx3SVWN

It threw it here because of this #FossilFriday, so here’s some #paleoart Copepteryx plotopterid gets rain. Plotopterids are a group of birds similar to Eo-Miocene penguins that live in the Northern Hemisphere. Some grow quite large – around human height. pic.twitter.com/Pyi6VeOr2f

According to new research, Plotopterids are reported to have lived later in the day 37 to 34 million years ago. The ancient birds are very similar even though they have lived miles and millions of years apart. This intrigued scientists to conduct research on both types of birds. 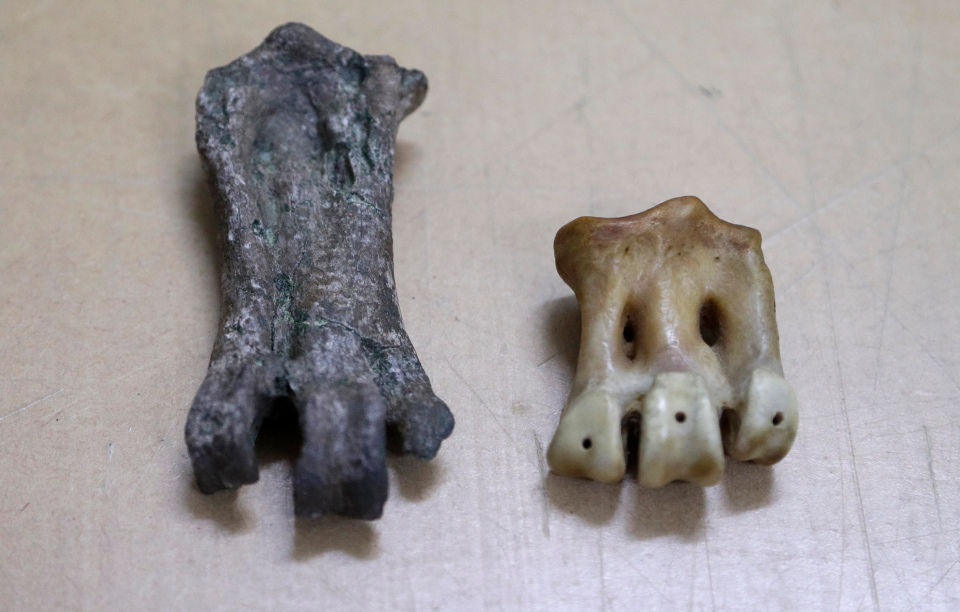 Reportedly, both types of birds have a long beak with nostrils. They are also reported to have similar wing, chest and shoulder bones. Vanessa De Pietri, another curator at the Canterbury Museum told the media portal about some interesting facts about the two birds.

He told the portal that the extraordinary thing was that ancient plotopterids and penguins were both evolving independently but had shared features. He further told the portal that it was an example of what scientists call convergent evolution. Convergent evolution is when organisms that have far-reaching relationships develop the same morphological properties under similar environmental conditions.

A media portal reports that although the plotopterid will look very similar to a giant penguin, a deeper analysis shows that they are actually closer to the relationship with modern birds such as gannets and cormorants.