Various movements around the world aim to tackle climate change, which is the greatest threat to mankind. With the accelerated development of the gaming industry, the demand for gaming consoles seems to never exceed its supply chain. What impact might this growth have on the environment?

recent, Game point A new research report by the Natural Resources Defense Council claims that the committee is an American non-profit organization dedicated to climate advocacy. It has successfully completed a study on the latest game consoles (PlayStation 5 and Xbox). Series X | S) Impact on the environment.The research is published in their Official website The title is “The Latest Game Console: Winner or Loser for the Environment?”

The results of the study show that compared with previous generations of game consoles, the energy consumption of these two game consoles is approximately 160 and 200 watts higher. This means that developing a newer version of the console also means increasing the power consumption required to run these devices. Interestingly, they also found that the operating energy of the game console is almost the same as the TV that may be plugged in during playback. According to different specifications and sizes, a common TV usually uses between 120 to 200 watts each time.

In addition, they found that different factors also affect the energy consumption required to run these consoles. The study found that when the game console is in a low-power mode or standby state, its power consumption is 1 watt lower than in the normal mode. However, when players forget to turn off the console, things will quickly escalate. By default, Xbox enables its “Instant On” feature. On the other hand, since the PS5 cannot adapt to an opened console but is inactive, it may need to run more power. As a result, their energy consumption can jump to twice.

read more: Xbox Series X and PS5 will be deployed this year: Here are some tips to extend the waiting time of your old console

The internet A surprising finding was also reported, which is that the console is now used for playing for several hours. The reporter compared the energy consumed by the console with the energy consumed by smart phones and car charging. The report clearly stated: “If 100,000 PlayStation 5 users defeated Marvel’s Spider-Man: Miles Morales estimated 15 hours of exercise, the carbon emissions would be equivalent to about 230 tons, or, if According to the EPA, it is equivalent to driving 45 cars a year.”

In addition, the report also proposed its comparability with smart phone charging. “One hour of Spider-Man: Miles Morales game time is the same as charging a smartphone 18 times.”

The report said when revealing the amount of carbon dioxide used when using game consoles: “If 70 million PlayStation 5 owners play AAA exclusive games for two hours a week, more than 1.1 million tons of carbon dioxide will be generated.”

CNET also added that different games consume different energy. Some games are more advanced in technology, so they will require more energy consumption and generate more carbon dioxide. For example, “Fortnite” is described as an example of a game that consumes a lot of energy. According to reports, the energy consumption of the two consoles is about 170 to 220 watts.

The graphics of the game also determines the power consumption between game players. In addition, it is closely related to the development years of the game. The larger these variables, the more energy is required.

NRDC calls on Sony and Microsoft to increase environmental sensitivity

Such as Final recommendation, NRDC requires manufacturers Sony and Microsoft “The implementation of automatic shutdown and standby mode has been further improved to reduce the total annual console energy consumption; and combined with a discrete low-power chip to play videos. We also encourage them to conduct field research to measure current user behavior and use This function is used to generate public-facing reports on the energy use of national game consoles.” NRDC pointed out that the game industry may continue to innovate, but at the same time, it should also consider its impact on our environment and ultimately our future.

I belong to this article by Techtimes


The long-awaited Sony PlayStation 5 It is finally possible to accept pre-orders in India today. Sony’s latest game console is scheduled to be launched in India on February 2. Starting today, reservations can be made from various online and offline stores.

Pre-order PS5 It is scheduled to go online at 12 o’clock today. Pre-orders can be made from Amazon India, Flipkart, Croma, Reliance Digital, Games The Shop, Sony Center store, Vijay Sales and other authorized retailers. Sony has been selling limited stock of the PS5 in several markets, so if you want to use the PS5, you’d better make a reservation as soon as possible.

PlayStation 5 is priced at $The standard version is 49,990.of Digital version of PS5 cost $39,990, but according to an IGN report, it will be unavailable during launch. The report added that Dual Sense charging stations, high-definition cameras and Pulse 3D Wireless headsets will not go on sale when they are released. Other accessories, including DualSense wireless controller and media remote control, can be ordered. Pricing for DualSense wireless controller is $5,990, the price of the media remote control is $2,590.

Sony launched the PS5 in November, and game consoles will soon go on sale in most markets. There was a considerable delay in the process of launching the PS5 in India, and Sony even delayed the release date shortly after posting them on its official website. There is also drama, PS5 trademark According to reports, it was brought up by residents of Delhi, which may be the reason for the delay.

With the launch finally beginning and pre-orders starting to take effect today, it is interesting to see how the inventory of the PS5 in India is.


Sony unexpectedly released the December PlayStation Plus game ahead of schedule, providing players with three new games for PlayStation 4 and the next-generation console, PlayStation 5. A popular battle royale game led the early release of Team 17, called “Worms Rumble, and other action-adventure movies to complete the December lineup.

Japanese video game and entertainment companies, SonyNew games for the PS Plus subscription service were released earlier than expected, including a full range of action games. Thanks to Sony’s PlayStation Plus version, December will be a month full of action.

Last month was the first version of Sony PlayStation 5 Receive free games as PS, Plus subscription service with “Bugsnax” As its first official title. However, due to backward compatibility, other games on the list in December will also be added to the PS5 playable game list.

“Bugsnax” will remain on the PS5 platform until January 4 to enable gamers to get the maximum gaming experience in the adventure video game of Young Horses. In addition to the previous PS Plus version, Sony will also launch three new subscription service titles on PS4 and PS5 consoles.

according to Comic game, Sony launched the popular battle royale action shooter “Worms Rumble”, only available on Windows PC and PlayStation console platforms. Other names include “Just Cause 4” and “Rocket Arena”, both of which belong to the action category and provide an adrenaline-filled gaming experience for December.

Please also read: PS5 Stock Availability Discord Bot: Here’s how to get notifications about inventory replenishment alerts through the app!

Unfortunately, all new games in Sony’s subscription service will last until January 4, which is different from the long-term game of “Bugsnax”, which can be used on the PS Plus platform for almost two months. All three games can only be used for more than one month, so it is best to achieve maximum gameplay as early as possible.

Worms Rumble has just landed on PS4 and PS5 as a PlayStation Plus title! 💥Play the first real-time worm game ever, which contains 32 player battle royale and deathmatch modes: https://t.co/td2es2wQua pic.twitter.com/UVgYWnU7PW 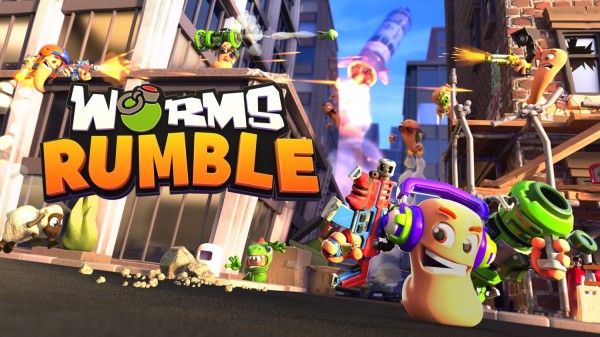 Team 17’s deathmatch and royal battle action game “Worms Rumble” will soon join the PS Plus subscription service for monthly free games in December. The title has the highest Steam score, with a perfect score of 9, which is exemplary in PC games. The game presents a different perspective in the Royal Escape, because it takes worms as its role and has highly devastating firepower in its arsenal. 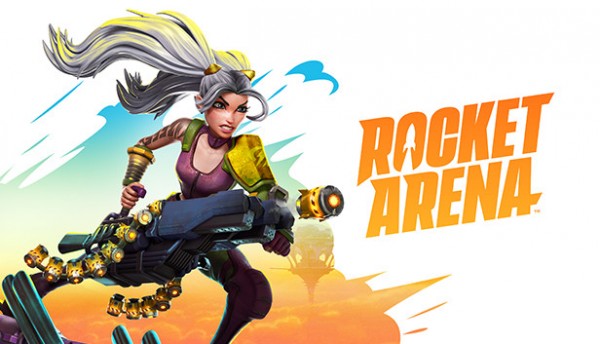 Three-person online and three-person online third-person shooters have joined the PS Plus subscription service and made their debut in the console game world. The title was released earlier this year in July 2020 and is available for PS4, Xbox and Windows PC platforms. The recently released “Rocket Arena” by Final Strike Games and Electronic Arts has a rating of 6 out of 10 streams, but Google users rate it as high as 90%. 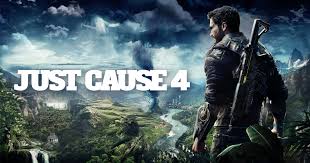 “Just Cause 4” is one of the most well-known titles on the PS Plus subscription list in December. The 2018 champions of Square Enix and Avalanche Studios will soon celebrate their 2nd anniversary release on December 3.The game uses an action-adventure series of products to get rid of its PR

related articles: “Devil’s Soul” Guide: This is the best cornerstone and path for the PS5 remake!