KARACHI – Main Line Project 1, or ML-1, railroad, the largest in China’s Belt and Road Initiative in Pakistan, ran into trouble because Beijing was reluctant to fund the project at the 1% interest rate Islamabad demanded.

ML-1 is the largest initiative in the China-Pakistan Economic Corridor, or CPEC, with a price tag of $ 6.8 billion. With a length of 2,655 km, it connects Karachi in the South to Peshawar in North Pakistan. Sheikh Rashid Ahmed, the federal minister of railways, claims that ML-1 will provide jobs for 150,000 people in Pakistan.

The country will invest 10% of the project costs as equity, and will cover the remaining 90% through Chinese loans under the CPEC framework. Only Chinese companies are eligible to bid on the project, according to state-owned newspaper China Daily.

This will be implemented in three stages as the International Monetary Fund, or IMF, does not allow Pakistan to borrow more than $ 2.5 billion at one time, as part of an Extended Fund Facility to help address structural imbalances by strengthening foreign reserves.

According to Pakistan Railways, the first phase of work is scheduled to start from January 2021. However, after the hesitation shown by Beijing in agreeing to the loan terms, the ML-1 project is unlikely to start on schedule.

Experts believe Beijing used the tactic of procrastination so as not to end up agreeing to a bad deal.

“Beijing doesn’t want to say no [to ML-1], he wants to appear committed in Pakistan, but at the same time he realizes the risky environment for Chinese investment, “said Jeremy Garlick, assistant professor at the Jan Masaryk Center of International Studies at Prague University of Economics and Business.” Instead of rejecting the request, China delaying by offering investment but creating obstacles for the final deal is to delay things, “Garlick told Nikkei Asia.

Krzysztof Iwanek, head of the Asian Research Center at the Warsaw War Studies University, believes that often what is presented globally as ‘Chinese investment’ turns out to be Chinese loans. “CPEC is also being built through Chinese loans,” Iwanek told the Nikkei, adding it was no surprise that Beijing was looking to profit from most of the CPEC projects.

Andrew Small, a senior transatlantic fellow at the German Marshall Fund in the United States, is of the view that China has been flexible with Pakistan at the back, but has generally become a little tougher on the initial terms of the deal. “This is partly because [China] want[s] to ensure that the project is viable enough to make financial sense even under the tougher conditions, “Small told the Nikkei.” They are consistently reluctant to cut interest rates on new or existing projects but are consistently willing to inject financing into the Pakistani economy when needed, “he said.

Against this backdrop, Pakistan has secured a temporary debt relief of $ 3.2 billion under the G-20 COVID-19 Debt Service Suspension Initiative. Although a small amount given Pakistan’s foreign debt, it will give Islamabad some breathing room at a time when Beijing is showing its reluctance to fund infrastructure projects in Pakistan. 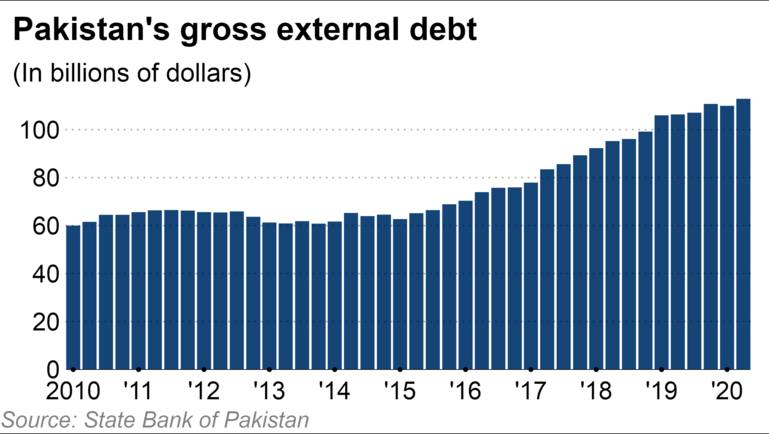 Garlick, author of “The Impact of China Belt and Road Initiative: From Asia to Europe,” believes that G-20 debt relief can temporarily stem the tidal currents, but cannot hide that Pakistan needs a long-term solution to overcome it. chronic shortage of foreign reserves. “If conditions get very difficult, Pakistan may have to step back and accept Chinese loans at interest rates that are close to the rates set by China,” he said.

China’s opaque loans to Pakistan are also an obstacle in Pakistan getting further loans from Western countries. “Global lenders want greater transparency about what China is doing before it is willing to take certain actions on its own – they don’t want to be in a position to de facto provide guarantees to Chinese lenders,” Small said.

With no further possibility of obtaining loans from Western countries, Islamabad has no choice but to seek them from China for projects deemed economically significant, as not all Chinese-backed projects have stalled: the Orange Lahore Metro Train, the first. in Pakistan a metro rail service built at a cost of $ 1.6 billion under the CPEC framework, launched a passenger service on Sunday.

But experts doubt the final economic success of the ML-1 project will increase Pakistan’s foreign debt by $ 6 billion.

Small said that like many large railroad projects, the ML-1 would not generate significant direct profits. Its success depends essentially on conveying another positive externality. For example, it will reduce shipping costs and times for large shipments within Pakistan. It could also help revive the country’s railways, which were on the brink of collapse.

Garlick shares the same view. “Why is the railroad line generating 150,000 jobs? It will generate some jobs, but it is unlikely the effect will be as red as the Pakistani government claims,” ​​he said.

He added that the Pakistani government’s claims about Chinese investment and CPEC in general had been exaggerated from the start. “There is a track record on the Pakistani side claiming that CPEC will be a ‘game changer’, but so far after five years there is no sign of any kind of game being changed,” he said.