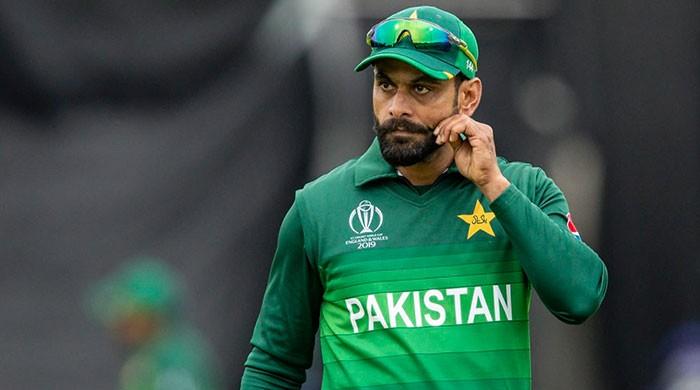 KARACHI: Pakistani players are expected to start the final leg of training for the upcoming series of two Tests against visiting South Africa from Thursday (tomorrow) after going through the Covid-19 testing protocol.

With the first tests taking place here at the National Stadium starting January 26, Pakistani players have gathered in Karachi and are undergoing another round of Covid-19 testing.

A total of 10 players from the team’s 20 members, together with the squad’s coaching and support staff and family members arrived via chartered flights from Lahore to Karachi. The other ten people immediately joined them at the team hotel.

The players will be able to start their training at the National Stadium starting Thursday after they finish the test. 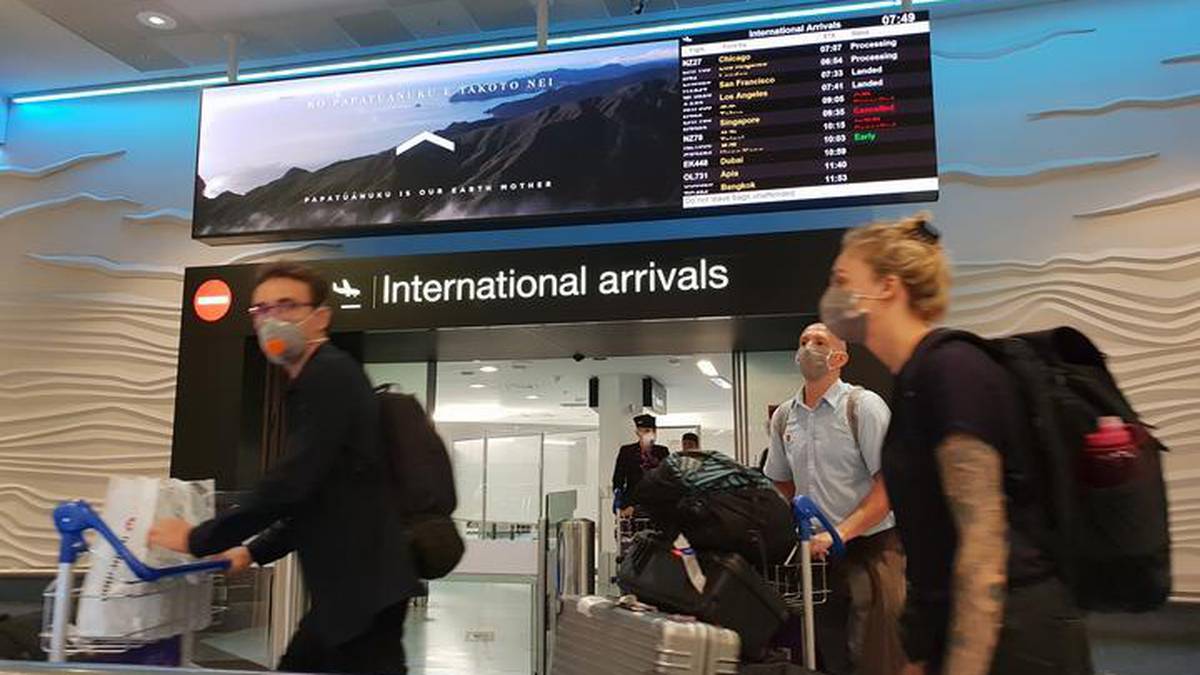 The government has officially required nearly every traveler to New Zealand to test negative for Covid-19 before boarding a plane.

The new rules will come into effect at 11:59 p.m. on Monday, January 25 – this is in an effort to minimize disruption to passengers leaving soon.

This regulation was signed last week by Covid-19 Minister Chris Hipkins. Previously, only travelers from the UK and US needed to test negative in order to come to New Zealand.

Starting January 25, it has been extended to any incoming tourists, except Australia, Antarctica and most Pacific Island nations.

But not all Pacific Island countries are excluded – Papua New Guinea, which has nearly 1,000 confirmed cases of Covid-19, is not on the list.

Likewise with French Polynesia, where 17,000 cases have been confirmed and 126 people have died from Covid-19.

Hipkins also said that the Government was “exploring several possibilities” whether they could get a small amount of the Covid-19 vaccine to frontline workers earlier than previously hinted at.

“If we can do it, we will be able to do it very quickly – but it all depends on whether the vaccine company will supply it,” he told a news conference this afternoon.

He would not elaborate because it is “quite a sensitive international negotiation”.

Hipkins said the new measures would not stop Covid from entering the country, but the government’s aim was to reduce the number of cases.

He said nearly all travelers had complied with the rules so far, and airlines were “very supportive”.

“New Zealand is not alone here – many countries are now proposing this.”

Hipkins said airlines have been vigilant to ensure travelers have followed the rules before they board their flights to NZ.

Asked about New Zealand’s access to the Covid vaccine, Hipkins said “we are very close to the front of the queue”. The first deliveries will arrive in the first quarter – “that’s the earliest time we can get … that’s the reality of manufacturing”.

Starting February 8, all passengers arriving in New Zealand – except those from exempt countries – without evidence of an approved negative test or medical certificate will be subject to an offense fee or a fine of up to $ 1000.

Hipkins said that so far only one person from the US or UK has not tested negative for Covid-19.

He added that airlines are increasingly refusing to board people who fail to produce negative tests.

But he said the Government could increase the fine if there was a higher level of non-compliance.

In addition to the new pre-departure requirements, the Government has also changed the rules surrounding Covid-19 testing in New Zealand’s managed isolation and quarantine (MIQ) facilities.

From now on, travelers arriving to New Zealand will be required to take the test on arrival – again, except for Australia, Antarctica and most Pacific Island countries.

They still have to undergo quarantine for 14 days, and undergo routine tests on the third and 12th day.

“New Zealand already has some of the strictest border protection measures in the world,” Hipkins said this morning.

“Today’s amendments further strengthen that position in line with the Government’s overall elimination strategy, and more actions can be added as needed.”

Asked about potential contact between people at MIQ facilities, such as in designated smoking areas, Hipkins said the Government has tightened social distancing measures.

Hipkins said the primary obligation was on travelers to comply with regulations – but airlines were also expected to play a role in checking whether passengers had negative test evidence.

Full list of countries and territories not included in the expanded pre-departure requirements:


KARACHI: Sajid Khan, an emerging off-spinner and leading goalkeeper from the recently completed Quaid-e-Azam Cup, said on Sunday he would do his best to meet the bill if given the opportunity to represent Pakistan against South Africa. in the two-match Test series.

“If I get the chance, I will try to give my best,” he told a virtual press conference.

Sajid was the only off-spinner specialist in Pakistan’s early 20 member squad. The first of two series of matches begins at the National Stadium starting 26 January.

Sajid completed the Quaid-e-Azam Trophy with 67 scalps for his award representing Khyber Pakhtunkhwa in a six-team event.

His contribution helped his team share the QT trophy with Central Punjab after the final ended with a pulsating match here at the National Stadium earlier this month when Sajid took over the goal of Waqas Maqsood, held by Kamran Ghulam midway through the match.

Sajid said he could not express how happy he was for his selection in the 20-man squad. “I am very happy. I do well and are rewarded. I feel extraordinary, “said Sajid.

Sajid was sure that he had the ability to click without a doosra. “There are some successful spinners without doosra. And InsyaAllah I will appear without prayer, ”said Sajid, who followed Mohammad Hafeez and Saqlain Mushtaq as his role models.

“I didn’t target any hitters from South Africa. I will throw my way of playing domestic cricket. I will bowl to see the behavior of the goal and will try to take advantage of the weaknesses of the batsmen, “said Sajid.

When asked if he was not selected in the final 16-man squad how he would react, Sajid said it was still a great opportunity for him to be selected in the 20-member squad.

“Coming with 20 squad members is no small feat. It is a great honor for me that I have been named in the squad of 20 people out of a whole 200 million population. If I sit outside and Pakistan keep beating South Africa it will be a huge honor for me, “he said.

Sajid said choosing the best domestic cricket player would also motivate other youngsters and they would also try to click at the domestic level to find a place in the national team.

“Our coach Abdul Razzaq was having a meeting when the news came that I had been selected in the Pakistani team. This is a proud moment for me and the whole family, “he said.

Sajid said that the live broadcast of the Quaid-e-Azam Cup match helped the players.


(Reuters) – Debut Washington Sundar and number eight Shardul Thakur made a defiant rearguard action on Sunday to drag India back into the contest in a decisive fourth test against Australia played in Brisbane.

Designed into XI play with injuries to the Indian front line, the duo broke the inaugural test of the fifties to deny Australia a substantial first-half lead.

After finally beating India to 336, Australia finished day three with a unbeaten 21, an overall lead of 54 runs in the last match of the sightseeing series which remains the same at 1-1.

David Warner, hitting at 20, and Marcus Harris (one) looked through the final 20 minutes at Gabba without being separated.

Earlier, India was shaken at 186-6 in return for Australia’s first inning totaling 369, but a seventh goal-tie collaboration run with 123 Sundar runs with Thakur saved the tourists.

Playing only in his second test, Shardul raised fifty with his second six, casually hitting spinner Nathan Lyon on a long rope.

Sundar, who claimed three goals in Australia’s first half, finished fifty in the following round in a less spectacular manner taking one over Mitchell Starc.

“This is clearly an important partnership by them,” Josh Hazlewood, who is back 5-57, said.

“We have them, I think, about six for 200, around that mark. So we thought we were fine up there and to be honest, those guys were fighting really well. “

Their stern streak contrasted with the dubious shot selection by some of their top-ranking teammates.

Continuing at 62 for two, the tourists added 43 laps before Hazlewood dismissed stubborn Cheteshwar Pujara for 25.

Pant was killed attempting a Twenty20 shot, trying to redirect the rising post over the slip and instead finding Cameron Green in the gutter.

Sundar, who had 62, and Thakur frustrated the hosts, helped by luck.

Thakur broke nine boundaries in his aggressive 67th game and by the time Pat Cummins reclaimed his off-stump India had crossed the 300 mark.

“The idea is to hit as long as possible,” Thakur said in a video conference.

“The more goals we score, the less their lead. We just wanted to spend time there. “


We will soon capture the news of Pocket Monster pictures on Switch New Pokémon snapshots By the arrival of April 30, 2021, all of us are excited to hack the camera again and search for creatures in the digital environment. You have to watch it all (in the movie), right?

Since the original version, two decades of new Pokémon have been added to “National Agile” Pokémon When it was released on Nintendo 64, it was a difficult task to submit to memory.But we are experienced Pokémon series — We know our Bidoofs from Binacles! -And we are relatively confident that we can use our keen eyes to spot the most hidden monster at the end of April.

How confident youbut? Well, we conducted some quizzes to test your knowledge of Pokémon and its anatomy. In the enlarged image below, we have isolated a small part of the twelve Pokémon, and you can identify the beast from multiple options. We even twisted and rotated a few clue images, just to make it a little tricky.

So, how many Pokémon can you name from the PokéParts in this series?