Hospitality New Zealand (Hospitality NZ) has entered into a formal partnership with the Tasmanian Hospitality Association (THA) to share ideas and work on mutually beneficial initiatives and projects.

The partnership was supported by the Government’s announcement that direct international flights between Tasmania and New Zealand would resume later this month for the first time in more than two decades.

Several collaborative opportunities have been identified to coincide with this.

This partnership follows more than three years of discussion and collaboration.

Hospitality NZ Chief Executive Julie White said strong relationships between organizations were essential in navigating the COVID-19 pandemic, where they shared lessons learned and responses to the changes and challenges facing their industries.

“We have been working with the THA team for several years and this relationship is very important throughout 2020 as we support our industry to operate in a COVID environment and are now driving recovery.”

“We are very pleased to forge what we see as a very valuable and natural partnership, and collaborating to support industrial recovery and operations in a COVID-safe environment will be a strong focus throughout 2021 and beyond.”

“Skilled staff recruitment and retention, mental health, workforce development, business costs and continuity, staff VISA arrangements and requirements, corporate partnerships and industry engagement continue to be common ongoing issues and we look forward to working with THA to better help our members and the industry. . “

“New Zealand and Tasmania have a lot in common despite being separated by 2,500 km of ocean – stunning scenery, strong cultural heritage, and a thriving tourism and hospitality sector – and we look forward to building on our relationship for the benefit of both industries.”

Round table discussions between organizations are anticipated in New Zealand this year, while comparative studies have also been marked to coincide with the annual Hospitality NZ conference, which THA has been participating in for many years. It is hoped THA can host Hospitality NZ in September, when Hobart will host the AHA National Awards for Excellence.

20 years of independent publishing is an achievement, but your support is critical to keep Scoop growing. We are expanding our offering with our new Deep Engaged Journalism platform thedig.nz. Now more than ever the continued financial support of the Scoop Foundation for Public Interest Journalism will help keep this vital, participatory media service running.

Find out more and join us:

Become a member
Find out more


SYDNEY – Australia relies on one of the world’s countries the most aggressive quarantine program to prevent the corona virus. Now, a leader wants to go a step further by accommodating returning travelers in Outback camps away from cities as the new Covid-19 variant threatens the country’s success.

The Queensland state premier wants to reuse the camps designed for resource workers as isolation centers in remote scrub where temperatures can reach 100 degrees Fahrenheit. It follows an outbreak of the highly contagious coronavirus at a quarantine hotel in the state capital of Brisbane, Australia’s third-largest city with a population of around 2.5 million people.

“I think with this new tension, we have to put all the options on the table and this is a sensible and rational option,” said Annastacia Palaszczuk, who was re-elected as Queensland’s prime minister in late October partly because of her center-left government. crackdown to tackle Covid-19.

The idea of ​​using remote camps illustrates how leaders in places that have contracted the virus are considering more extreme measures to protect people from a new variant of the corona virus, which emerged in Britain and South Africa and has since spread to more countries. Currently, travelers returning to Australia are housed in hotels, often close to city airports, for 14 days.

Queensland was running nearly four months with no cases of local transmission when cleaners at a quarantine hotel in Brisbane tested positive for the new British variant. More cases followed, and the 129 people in isolation were immediately transferred to another hotel and their quarantine was extended.


Workers from the Italian tourism industry are making a fuss in Rome over the impact of the coronavirus pandemic.

Many say they have lost tens of thousands of euros amid travel restrictions and have been abandoned by authorities.

According to data provided by Italy’s national statistics agency, ISTAT, foreign tourism in Italy fell by 68.6% in 2020, especially in the major cities that attract tourists for art – Rome, Florence and Venice which have recorded higher declines namely 73.2%.

Italians also stopped traveling for work by 59%, and travel for pleasure fell 23%, according to ISTAT.

The tourism industry was excluded from the second government aid package under the Autonomy Movement for Travel Agencies (MAAVI).

Some protesters suggested that the government create “health corridors” to allow people to travel.


Italy’s remote towns and historic villages have started selling homes for € 1 euro ($ 1.13) in a new government old-fashioned housing scheme to stop a severe decline in rural populations. But before you rush into looking to sell and move into your new country Italian retreat, homes for sale in old Italian house schemes all take some serious cash to make them livable.

Salemi is a town and commune in the southwest Sicily in Trapani province. According to the village community website, in 272 BC Salemi was known as ” Alicia,“And this year the settlements have been conquered by the Romans. Then, in the fifth century AD, along with all of Sicily, Salemi was sacked by Vandal. It was then controlled by Goth. In 535 AD, Salemi was conquered by Byzantine military commanders Belisarius. And in 827 AD, the Muslims took control of the city and gave it a name, Salemi.

Schemes of quaint houses in Salemi, Sicily give shoppers the opportunity to live in a landscape that features one of the best preserved castles on the island. The Norman Castle at Salemi was built in the 11th century AD by Roger of Hauteville. ( V. Korostyshevskiy / Adobe Stock)

About a dozen old houses in Salemi will sell for € 1 and potential developer were asked to submit their renovation plans, along with a deposit of € 3000 ($ 3390). And to further attract investors to the village, tax Credit will be given to people who open new businesses that are considered beneficial to the local economy, such as art galleries, restaurants and accommodation facilities.

Another village participating in the innovative old Italian house scheme is Santo Stefano di Sessanio, in Abruzzo, in southern Italy. In Roman times, the village was called “Sessanio” or “Sextantia”, after the village’s patron saint, and many of its present buildings date from the 11th to the 15th centuries.

The famous “Medici Tower”, the circular central tower built by Medicis, is the most recognizable ancient architectural landmark in the village, until it was destroyed on April 6, 2009 AD ” l’Aquila earthquake , “Which damaged many of the city’s medieval buildings and killed more than 275 residents. 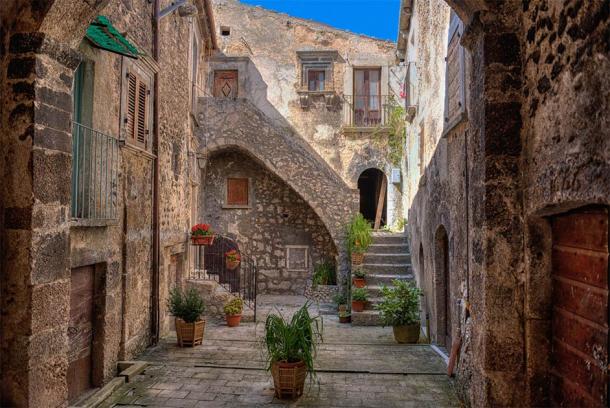 The village of Santo Stefano di Sessanio is one of the most famous in Italy and is also involved in the scheme of ancient Italian houses. ( Stefano Pellicciari / Adobe Stock)

Another victim of the 2009 earthquake was the village’s 17th-century Madonna del Lago Church, which suffered from the collapse of a large roof and lost most of its front facade. On 15 November 2020 AD, the council of Santo Stefano di Sessanio received ten applicants from more than 15,000. If you are interested in buying a future ancient building, which will probably sell in Italy for € 1, you can have a look here.

Castropignano, a small medieval hilltop village just outside of Campobasso di Molise overlooking the Biferno River valley in southern Italy, also sells old buildings. If new residents commit to staying in the village for a minimum of five years, a council grant of € 8,000 ($ 9040) will be awarded to them for the first three years. 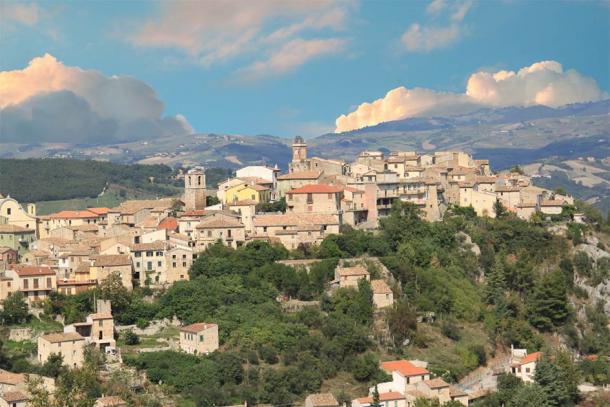 Aerial view of the village of Castropignano which also sells houses in an ancient house scheme. ( Wirestock / Adobe Stock)

Another ancient village that attracted new residents was Laurenzana in the Basilicata region, between Naples and Bari. It was founded, with a Norman fortress, in the 12th century AD. In 1268 AD, the villagers of Laurenzana took part in Ghibelline rebellion against Pope Clement V.The new inhabitants of Laurenzana would live in the shadow of the magnificent 12th to 13th century Laurenzana castle. Assunta Mother Church , known for its majestic main marble altar. This historic church features rare 16th-century AD frescoes and an 18th-century AD Neapolitan school altar. Potential buyers who are interested in moving to Laurenzana are invited to download the application form , which they have to fill in regarding their renovation plans, including an overview of how they plan to contribute to the tourism industry and the city’s economy.

Caveat Emptor: Understand the Rules Before You Buy Anything!

What’s clear in Italy’s new “€ 1 house scheme” is that you stand no chance if you are looking for a romantic Italian summer home. In contrast, every old world property comes with a strict set of rules and an application process which, in all cases, makes it very clear that these villages are working “communities”. Village councils are looking for industrious young people who are ready to stimulate the economy by creating new tourism businesses, and people who are willing to “serve” in the local community.

Who and where • Ann and Don Vishy from Bridgeton at the Duxford Air Museum in Cambridgeshire, England. The Journey • The museum consists of eight hangars, the two largest being the British and American exhibits. A stripped-down Concord circuit inside is available in the UK while the US offers a close-up view of a B-52 spy plane and SR-71 Blackbird. Travel tip • Wear comfortable shoes as the hangars are far away and you have to walk around the screens a lot. There is a shuttle bus, but you might have to wait to get it. .