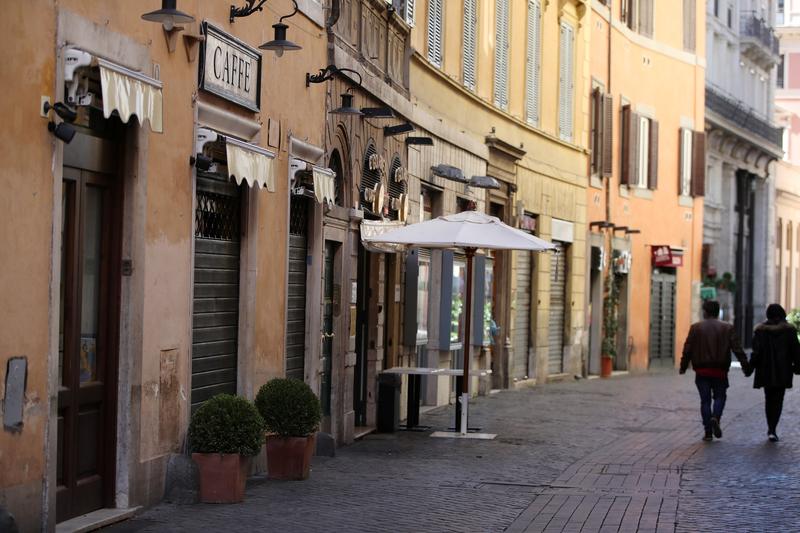 ROME (Reuters) – The virus-hit Italian economy is forecast to grow 4.1% this year and 4.2% in 2022 in an “uncertain ascent from a deep abyss”, the country’s business lobby Confindustria said on Saturday.

Italy’s economy shrank to a post-war record of 8.9% last year, and Confindustria said even forecasts for “historically high” growth would not offset last year’s losses.

“By the end of 2022, the economy can hardly bridge the gap opened in 2020 by the pandemic,” said Confindustria while announcing its latest economic forecasts.

The national business association warned, however, that its forecasts are based on expectations for advancement of vaccinations in Italy and across Europe, and are dependent on the coronavirus being “contained in an efficient manner”.

“Given (this) large uncertainty, the risks associated with GDP (gross domestic product) forecasts are high, both on the upside and the downside,” the report added.

The group said it had cut its initial growth forecast for Italy, published in October, by 0.7 percentage points for this year due to weaker-than-expected growth in the last quarter of 2020 and the first three months of 2021.

It said it saw Italy’s deficit at 7.8% of GDP this year and at 4.8% in 2022. The increase in government spending to support the economy pushed the country’s deficit to 9.5% of GDP at the end of last year.

Italy has recorded more than 113,000 deaths from COVID-19 since the outbreak first emerged in February last year, the world’s seventh highest.

Mario Draghi’s government expects GDP to increase by 4.1% this year and 4.3% in 2022, three sources close to the matter told Reuters in March.

The official Rome estimate, made by the previous government in January, predicts a deficit-to-GDP ratio of 8.8% this year, based on an economic growth forecast of 6%.

New deficit and debt targets, along with multi-year GDP growth forecasts, to be published in the Treasury’s Economic and Financial Document, are expected to be approved next week.

The European Commission, International Monetary Fund and Bank of Italy are currently seeing Italy’s growth below 4% this year and next. 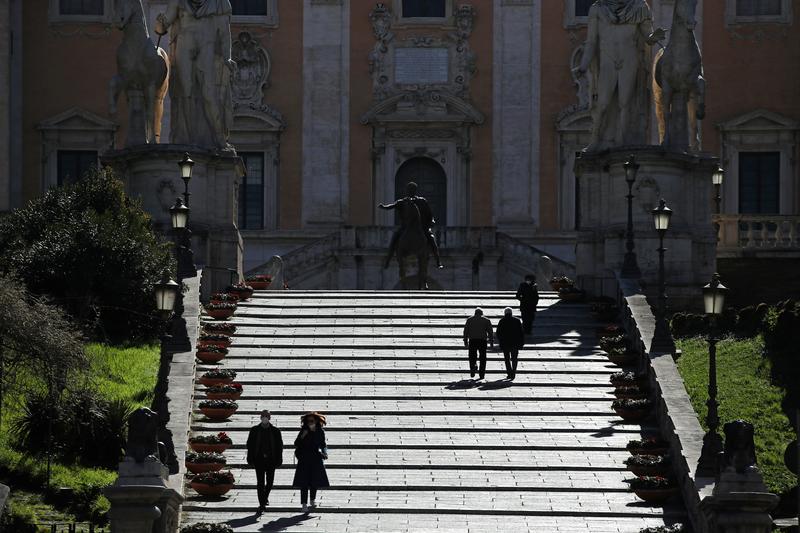 ROME (Reuters) – Italy reported 344 coronavirus-related deaths on Saturday compared to 718 the previous day, the health ministry said, while the daily tally of new infections fell to 17,567 from 18,938 the previous day.

Italy has recorded 113,923 deaths related to COVID-19 since its outbreak emerged in February last year, the second highest death toll in Europe after Britain and seventh highest in the world. The country has 3.75 million cases to date.

Hospital patients with COVID-19 – excluding those in intensive care – totaled 27,654 on Saturday, down from 28,146 the day before.

There were 186 new admissions to the intensive care unit, down slightly from 192 on Friday. The number of intensive care patients decreased to 3,588 from 3,603 previously.

Reporting by Giulia Segreti, edited by


Matildas has not played since March 2020, but they finally returned to the pitch on Sunday morning in a blockbuster match against world number two Germany.

The friendly, to be held in Wiesbaden, Germany, is the first ever under the guidance of new coach Tony Gustavvson – and with less than 100 days until the Tokyo Olympics, the previous Swedish mastermind had little time to renovate the team to his image.

Early indications are that Matildas, who has played a possession-based approach for years, will adopt a more direct and aggressive style.

“It’s all about goals, goals, goals. It’s music to my ears, “said Chelsea superstar Sam Kerr, per Fairfax. “I think it’s going to be about how we get the ball behind the goal. I thought it was very interesting and it will take some getting used to because we come from a very big style of football. “

‘We’re not connected like that’: Why the new boss Matildas doesn’t make any excuses

With a number of Matildas strikers starring in the English Women’s Super League, including Kerr (10 goals in the last six games), Caitlin Foord and Hayley Raso – and many others enjoying a season of prominence across the continent – Gustavvson is not short on the weapons at his disposal.

But there were some notable absences: Ellie Carpenter and Steph Catley (82 caps), the team’s two first-choice fullbacks, were missing each due to the COVID-19 biosecurity protocol and hamstring injuries.

Another midfield talent in Amy Harrison was also forced to miss the pair match against Germany and the Netherlands (Wednesday morning AEST) due to the COVID-19 protocol.

Get all the latest football news, highlights and analysis delivered straight to your inbox with Fox Sports Sportmail. Sign up now!!!

As for Germany, the hosts have been in action throughout 2020 while Matildas is stuck on the ice.

In the second half of 2020, Germany set a perfect streak across four games, won a lot and conceded only once – securing their place at Euro 2022.

The side, led by coach Martina Voss-Tecklenburg, beat Belgium 2-0 in February this year before losing 2-1 to the Netherlands – their first defeat since the 2019 World Cup quarter-finals.

Matildas will face Germany from 12.05 on Sunday before meeting the world number 4 Netherlands on Wednesday from 2.30am.

Streaming LIVE and on demand You Sports.


ZURICH (Reuters) – LafargeHolcim of Switzerland is proposing to simplify its name to Holcim Ltd, the world’s largest cement maker said on Friday, returning to the name of the dominant partner in the 2015 merger that formed the company.

The bond, between Lafarge France and Holcim Switzerland, was originally called a merger of equals, before Holcim shareholders demanded, and were granted, a more profitable share of the joint group ownership.

Since then, Lafarge has also been embroiled in a payment scandal to armed groups in Syria, which triggered the departure of LafargeHolcim Chief Executive Eric Olsen.

The company said it wanted to change its name to “efficiency and impact, while building on the legacy of the group”. The name change will only apply to the company name, while the market branding will not be changed, he added.

Shareholders will vote on the proposed name change at the upcoming AGM, which will be held remotely on May 4.

LafargeHolcim on Friday also proposed replacing Olsen Jan Jenisch as a member of the board of directors in addition to his CEO role, an unusual move for a Swiss company where executives don’t normally sit on the supervisory board.

“Jan has led the company into a new era of growth, financial strength and ESG (environmental, social and governance) performance since joining in September 2017,” said Chairman Beat Hess.

Analyst Bernd Pomrehn at Bank Vontobel said he welcomes further simplification of the company after years of integration and restructuring.

“LafargeHolcim is now entering a period of favorable growth, which represents a much more attractive investment proposition and justifies a higher valuation,” he said.

The former AS Roma midfielder, who is fourth on Italy’s all-time appearances list after playing 117 times for the Azzurri, tested positive alongside three other staff and several national players during the international break.

Sky reported De Rossi, 37, is being observed at the Roman Institute for Infectious Diseases as a precaution.