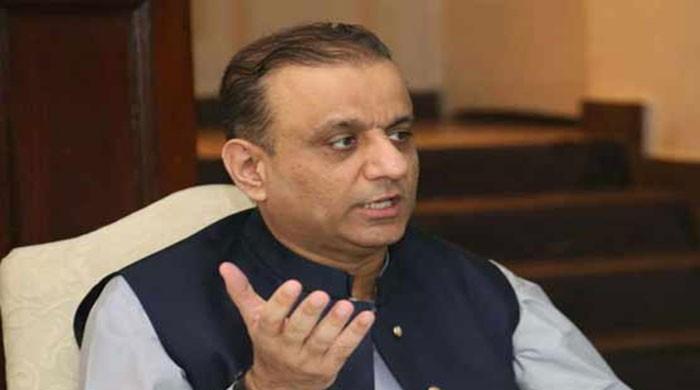 LAHORE: Senior Food and Punjab Minister Abdul Aleem Khan said various proposals were being considered for government-level wheat procurement for next season in Punjab and efforts would be made to more comprehensively procure wheat and flour for distribution to flour mills.

Responding to the meeting here on Tuesday, the senior minister added that such a system would be developed which ensures maximum direct profit from government-level grain procurement to ordinary people.

He said Punjab provided wheat and flour to all the provinces as the country’s “food basket” and from here it was sent to Khyber Pakhtunkhwa and Afghanistan every season. He said final approval of next year’s wheat procurement policy would be given by Prime Minister Imran Khan to whom recommendations would be sent. Abdul Aleem Khan said that in this high-level meeting various proposals had also been prepared to stabilize the prices of wheat and flour so that the difficulties faced by residents were as minimal as possible.

He said the Punjab government had to bear a heavy financial burden on the purchase of wheat every year and given past experiences, various measures were being considered for wheat procurement and supply to the flour mill which would be completed soon.

He indicated that the new policy would be applied to the forthcoming grain procurement efforts in Punjab. 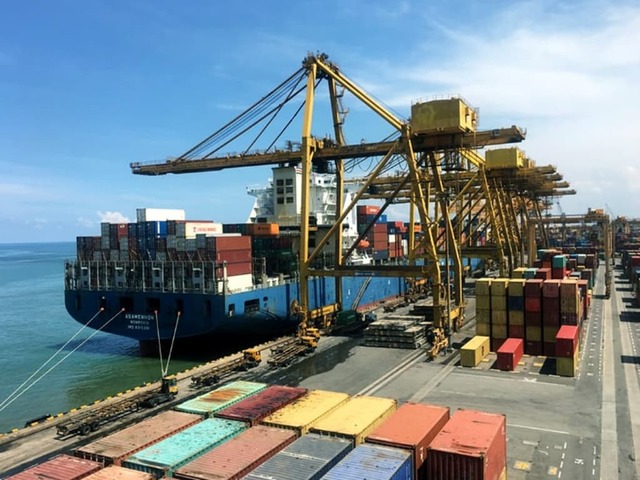 KARACHI: The port of Karachi handled 184,954 tonnes of cargo consisting of 109,920 tonnes of imported cargo and 75,034 tonnes of export cargo including 7,209 loading and unloading crates over the past 24 hours which ended at 7 a.m. on Tuesday.

A total of 7,209 containers consisting of imports of 2,411 containers and exports of 4,798 containers were handled during the past 24 hours on Tuesday.

There are six ships namely YM Eternity, Diyala, CMA CGM Moliere, Nigbo Express, Kota Naluri and MT Lahore which each transported containers and tankers sailing out to sea during the reported period.

There are two ships namely. Naluri City and Hyundai Shanghai each transport a container at the dock.

No ships are expected to set sail on Tuesday.

There are two ships namely. Botany Bay and Mutribe each carrying a container and a tanker that will arrive on Tuesday while the seven ships viz. Hong Kong Express, Ever Dainty, Tabernacle Prince, Shorthorn Express, Sky Ploeg, Hai Nam-89 and LMZ Phoebe carrying containers, cement, cattle, low sulfur, scrap steel and general cargo respectively are expected to arrive on Wednesday.

Cargo volume of 163,646 tonnes consisting of 120,575 tonnes of imported cargo and 43,071 tonnes of export cargo including 4,312 loading and unloading containers (TEU) was handled at Port Qasim during the past 24 hours on Tuesday.

A total of 4,312 containers consisting of 2,484 imported containers and 1,828 containers have been handled over the past 24 hours as of Tuesday.

There are four ships namely MSC Guilia, Gas Zues, Al Areesh and Amor which transport containers, LPG, LNG and palm oil each sailing out to sea on Tuesday morning, while the two ships namely GH Dawn Run and Flag Gangos each transport coal and steel is expected to sail during the same day.

One ship, Cape Male, was carrying a container because it arrived on Wednesday.

The launch was a huge success. Notably, more than 7,000 industry professionals subscribe to email newsletters throughout the year. The content resonates with stakeholders across the supply chain, who are eager to learn about the next big thing in food.

Starting this month, Food Entrepreneurs email newsletters arrive in your inbox every two weeks, full of insights, innovations, and news. Customers will receive the latest updates on upcoming trends, events and developments surrounding the business.

Two digital events, to take place in April and October, will include product sampling opportunities and presentations that bring to life trends and products developed by emerging businesses. Participants will interact with entrepreneurs and thought leaders who drive disruption across industries.

In addition to the six printed editions this year, each edition Food Business News will display over and over Food Entrepreneurs section to provide more information and inspiration. The content will cover a multitude of activities and topics relevant to startups, plus profiles of the passionate personalities behind rising brands.

The center of success Food Business News Over the last 15 years there has been an unmatched scope of trends and innovations that are creating major changes in the market. Food Entrepreneurs represents the distillation of work that gets to the core of what all industry stakeholders want to know – what’s next?

What’s the next RXBAR or Beyond Meat?

Despite the global pandemic, food entrepreneurship remains dynamic and resilient. In a year that was painstakingly described as “uncertain” and “unprecedented,” the industry overcame many hurdles, finding creative ways to develop new products and solve problems caused by COVID-19. Many have turned to direct-to-consumer operations and other distribution channels. Some clever brainstorming approaches to building brand awareness if there are no in-store demos and trade shows. Some raise money through crowdfunding equity or participate in the various virtual pitch competitions that pop up throughout the year.

The already collaborative community of food entrepreneurs multiplies, helping each other to support one another when hope fades.

Amid the initial shock wave of the pandemic, the future Food Entrepreneurs questionable. Will entrepreneurs continue to innovate? How do startups raise capital or go to market?

What stories are left to tell?

Looking back on 2020, it’s clear that there are more stories to share than ever before.

Visit FoodBusinessNews.net to learn more, and subscribe to the latest offers from Food Entrepreneurs. Connect with Food Entrepreneurs in LinkedIn to engage with this dynamic community and stay abreast of developments.

The previous November figure was given as 105.0.

Vegetable oil prices continued their recent strong gains, surging 4.7% month-on-month in December after surging more than 14.0% in November. Throughout 2020, the index rose 19.1% in 2019.

FAO said tight supplies in major palm oil producing countries had pushed up prices, while trade was also affected by a sharp increase in export duties in Indonesia. The price of soybean oil rose in part because of the prolonged strike in Argentina. [POI/]

The cereal price index posted a modest 1.1% increase in December from the previous month. For the whole of 2020 the index averaged 6.6% above 2019 levels.

Export prices for wheat, maize, sorghum and rice all rose in December, moving higher in part on concerns over growing conditions and crop prospects in North and South America and Russia, said the Rome-based FAO.

In December, all components of the index rose due to strong global import demand triggered by concerns about the drier and warmer conditions of Oceania’s milk production and high internal demand in Western Europe.

The meat index rose 1.7% last month, while the full-year average was 4.5% below 2019. The FAO said poultry prices rebounded in December, partly due to the impact of the bird flu outbreak in Europe. However, pork prices fell slightly, hit by the cessation of German exports to Asian markets following the outbreak of African Swine Fever.

Against other index increases, the average sugar price fell 0.6% in December. For 2020 as a whole, the sub-index posted the highest gain of 1.1% at 2019 levels. The FAO said the relative firmness of the latest data reflects a surge in imports by China and an increase in demand for refined sugar from Indonesia. [SOF/L]

The FAO did not issue its most recent forecast for worldwide cereal crops in January. The next forecast is due in February.

Last month, the FAO revised its forecast for the 2020 cereal season for the third consecutive month, cutting it to 2.742 billion tonnes from 2.75 billion tonnes previously.


CHICAGO – So much has changed in one year. And that’s still changing. As the world develops, the food supply chain looks at the COVID-19 retail landscape to prepare for the future.

“The pace and extent of change is amazing and really emphasizes your ability as a retailer to be agile and to adopt and be willing to make change quickly,” said Walter Robb, former co-chief executive officer long ago. from Whole Foods Market, Austin, Texas, and executive-in-residence S2G Ventures, Chicago, during a December 1 webinar hosted by Spark Change and presented by Naturally Chicago and the New Hope Network. “Why is retail important? Because retail stores reflect, reflect and capture the rhythm of our lives. Everything that happens in retail touches everything throughout the food supply chain. “

S2G Ventures’ recent report, “The Future of Food: Through Retail Lenses,” became the catalyst for webinars. Mr. Robb and S2G vice president Audre Kapacinskas wrote, “The pandemic has illuminated our food system, and retailers are sitting right in the middle. Every new day brings new innovations and evolutions in customer choice and system changes. “

S2G Ventures’ mission is “to support the best entrepreneurs who improve the health and sustainability of the whole food system.” COVID-19 helps them identify opportunities for more improvement. Mr Robb explained that the changes that the natural products industry has seen this year are not revolutionary, but rather an acceleration of the ongoing evolutionary trend.

“Future retail will be dimensional,” he said. “It’s not just about products and values. It is also the community in which it belongs and also the way trade is conducted. “

According to the report, in the next food evolution, many things that were once aspirational will be considered at stake.

“There’s a lot more context going on,” said Mr. Robb. “Roadside delivery and pickup is an absolute bet on the future. It is very important to provide that service to customers if you want to play in this new world order. “

Every retailer needs to experiment with new formats, from design to location to size. Retailers need to prepare for a restaurant return. In order to remain competitive, retail foodservice needs to change.

“The store perimeter is an area that matters in every way, including profitability,” said Brandon Barnholt, CEO of KeHE Distributors, Naperville, Illinois. “The perimeter is changing before our eyes.

“Bulk food – putting things in bags – closes immediately (at the start of the pandemic). Retailers are responding in bulk without contact “.

Fresh Thyme, Downers Grove, Ill., For example, builds a business around bulk ingredients and snacks, as well as take-out bakery items, antipasto buffets, and soup / salad bars. The shop even has a mill-your-own grain machine; pour your own honey, vinegar and olive oil; and your own peanut butter cream. Now Fresh Thyme offers buyers contactless wholesale of dry goods, as well as pre-packaged bulk in a variety of sizes. Bulk fluids have been pre-divided in containers as needed. The shops recently opened self-service soup stalls, with enhanced plastic covers and instructions for using a napkin when touching the spoon. Hand sanitizer station nearby.

“It’s all about quick laps,” said Mr. Barnholt. “Doing all they can to serve customers.”

There is a need for innovation to address these opportunities in commerce, community and content to drive the growth of food retailers in the future, said Robb.

Anu Goel, president of client growth solutions, SPINS, Chicago, said, “We’ve been four to five years advancing technologically. There is an extension of who is shopping online and what is shopping. Everyone’s doing it now, and in all categories. “

While pre-pandemic online shoppers tended to be younger, currently four different generations are actively involved. Eating at home is one of the effects of COVID-19 that is likely to persist with increased grocery collection and delivery, as well as the growth of ghost kitchens and food delivery options. Retailers need to spin to stay relevant.